Whoopi Goldberg Literally Gives BTS the Shirt Off Her Back 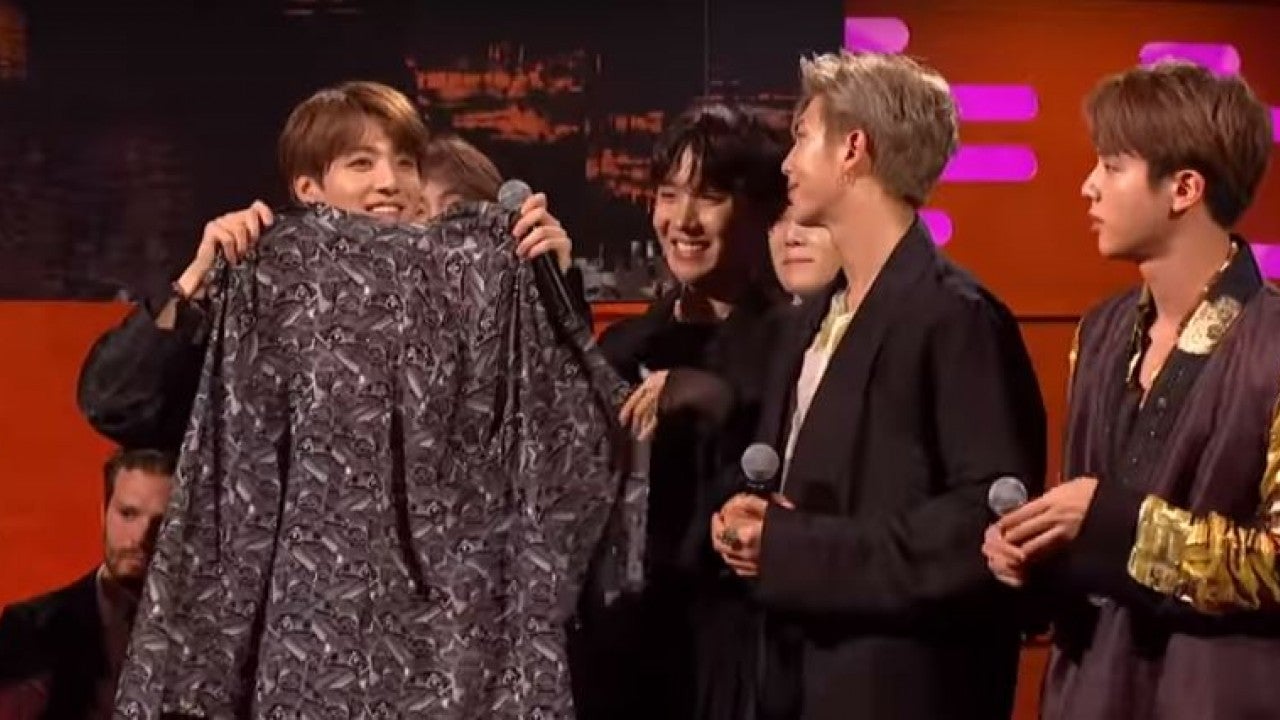 Sometimes you love someone so much you’d do anything for them — including giving them the shirt off your back.

We think that was what went through Whoopi Goldberg‘s mind when she took off her shirt and handed it to BTS during their recent interview on The Graham Norton Show.

RM, Jungkook, J-Hope, Jin, V and Suga (Jimin was forced to back out of the appearance due to “severe muscle pain”) quickly became the life of the party at the U.K. talk show’s taping, which Goldberg, Harry Connick Jr., Rosamund Pike and Jamie Dornan also attended. It didn’t take long for Dornan to offer himself up as the K-pop boy band’s new addition — “Does that mean you’re looking for a new member?” he asked — but what came next was even more surprising.

As RM explained BTS’ mission during their recent speech at the UN, Goldberg was so overwhelmed by their story that she slowly started unbuttoning her shirt.

“I’m giving you this to say thank you for all of the joy you’re bringing,” she said, as Norton and Connick jumped in to help her with the buttons. “So this is my design, and if you look closely, it’s all about movement and people.”

BTS seemed thrilled by the sweet, but bizarre, gesture, with Jungkook later rocking the shirt in a group photo with Goldberg backstage.

BTS, who is currently in the U.K. on theirLove Yourself world tour, recently sat down with ET to open up about this next chapter of their lives and career.

“My final goal of my whole life is to love myself for real. It’s always the hardest. We sometimes compare ourselves to others. Sometimes we get really depressed,” he admitted. “But in love, we should take off the mask and be true to who we are.”

“I read a text online [that] said that the best way to love yourself in reality is to grow our self. It could be like exercising, like working out, or it could be in the mind. To watch our self-growing, it’s like the best way to ourselves,” RM added.