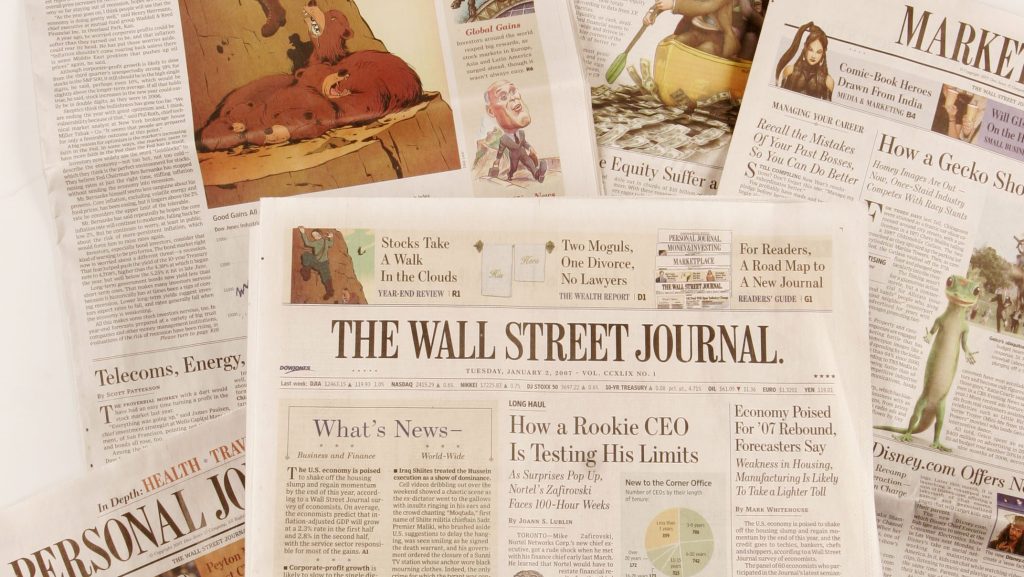 The Wall Street Journal opinion page spent much of Thursday talking up a fresh allegation involving Joe Biden, his son Hunter, and the son’s alleged business dealings in China.

“Joe Biden has a problem, and his name is Hunter,” wrote Kimberley Strassel, a member of the paper’s editorial board. James Freeman, assistant editor of the editorial page, wrote his own column on the subject, asking “How long can the media blackout continue?”

But on Thursday evening, Journal news reporters Andrew Duehren and James T. Areddy published a more skeptical take. The news article reported on the allegations of Anthony Bobulinski, who claims that Joe Biden was involved in a meeting regarding his son’s Chinese business venture.

But the story also reported that no deal ever came together and that, “Corporate records reviewed by The Wall Street Journal show no role for Joe Biden.” The Journal also quoted another partner in the venture, James Gilliar, saying he was “unaware of any involvement at anytime of the former Vice President.”

The conflicting versions — the opinion columns hyping the story and the news pages playing it down — comes amid ongoing tension between the two sides of the paper.

In July, more than 280 Journal and Dow Jones staffers signed on to a letter to the publisher attacking the opinion pages’ “lack of fact-checking and transparency, and its apparent disregard for evidence.” They faulted the opinion page for running an editorial from Vice President Mike Pence, claiming there was no second wave of the coronavirus. They argued that the opinion page was hurting the paper’s brand, and called for a clearer separation between the two departments.

In response, the editorial board vowed not to bow to “cancel culture pressure” from the Journal newsroom.

“Our opinion pages offer an alternative to the uniform progressive views that dominate nearly all of today’s media,” the board wrote.

The Bobulinski story was first reported by another Rupert Murdoch-owned property, the New York Post. That story, by Post opinion writer Michael Goodwin, touted Bobulinski’s “dynamite assertion” as “believable because it aligns with earlier information we know to be true.”

The Trump campaign has also touted Bobulinski’s claims, holding a news conference to promote his allegation and inviting him to Thursday’s debate in Nashville, Tenn.

The competing takes at the Journal was catnip for media Twitter, which lives for newsroom drama.

There has frequently been little love lost between the WSJ news and opinion pages. But tonight’s dueling stories are a real embarrassment to the latter, and a great short course on the difference between reporting and stenography.

Torn on whether the fact that WSJ’s news side (which does outstanding work) and opinion side (which routinely ignores it) appear to inhabit totally different planets is a laudable sign of journalistic independence or just a bizarre source of whiplash for readers.

Trump was right about WSJ piece. There’s a bombshell here: “Text messages and emails related to the venture that were provided to the Journal by Mr. Bobulinski…don’t show either Hunter Biden or James Biden discussing a role for Joe Biden in the venture.” https://t.co/jQv58V3go7