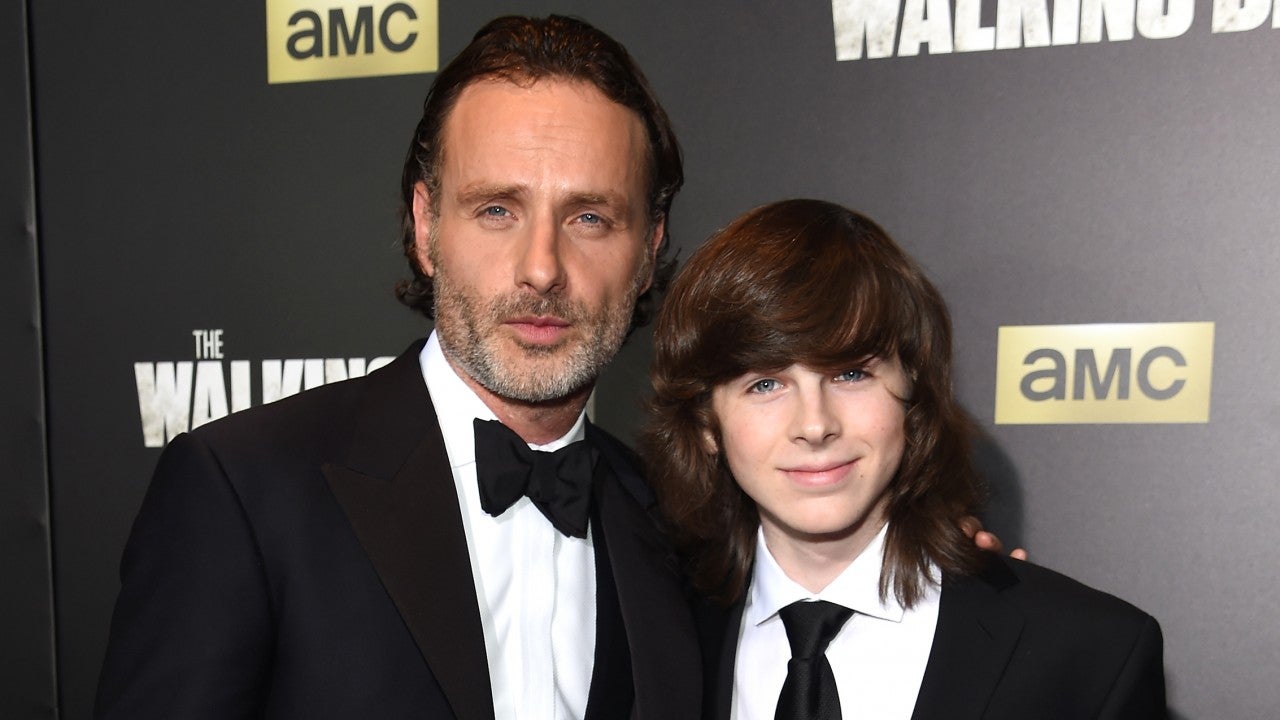 Andrew Lincoln‘s departure fromThe Walking Deadcame as a surprise to fans, but his TV son saw it coming.

While speaking with ET at Universal Studios Hollywood’s Halloween Horror Nights earlier this month, Chandler Riggs revealed that Lincoln had been talking about leaving the show for a while.

“Actually him and I had been talking about it for a while, him like, leaving the show, so honestly I wasn’t that surprised to see that he was going to leave,” Riggs shared.

Lincoln’s upcoming exit was first reported in May, and he confirmed the news at San Diego Comic-Con in July. As Lincoln explained to fans, after eight years of leading the zombie drama as Rick Grimes, he needed to spend more time with his family in the UK.

“I was honestly really happy for him, because every year he had spent so much time working on the show [in Georgia] and he didn’t really get to spend that much time with his family,” Riggs told ET. “You only get to raise your kids once. So I’m really happy for him to be able to get to go home and really raise his kids and have a good time.”

Lincoln is expected to be written off the show halfway through season nine, which premieres next month. Riggs’ character, Carl Grimes, was unexpectedly killed off the series in season eight’s midseason finale last year. As for how he hopes The Walking Dead continues without the Grimes men, Riggs hopes Rick doesn’t meet the same fate as Carl, who suffered a deadly bite by a walker.

“I hope he just goes off and like, does his own thing for a while and pops in in some episodes here and there. I hope so, but we’ll see,” he expressed, adding that if Lauren Cohan stays on the series (she’s also reportedly leaving this season), her character, Maggie, would be a great choice to helm the show.

“I think Maggie’s a great leader. I think she’s definitely stepped up in the Hilltop and I think she’ll kind of hopefully step up to be kind of an overseer of the rest of the community. It’ll be cool,” he said. “I think she’ll be a good mixture between like, you know, Herschel and Rick and Daryl and a lot of the other members of the group, but she has very like, strong power behind her that I’m really excited to see on television.”

Andrew Lincoln May Be Returning to ‘The Walking Dead’ to Direct