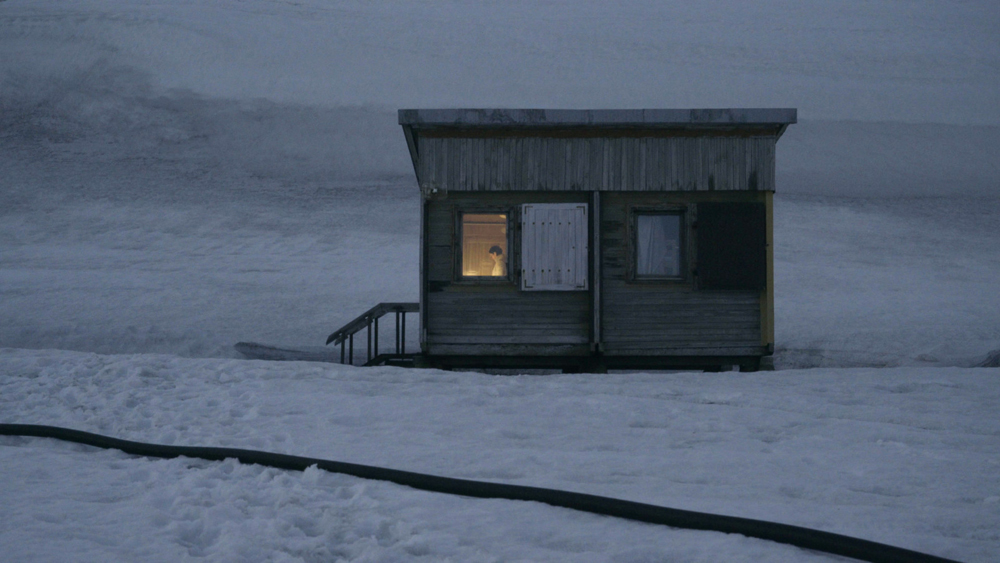 Juror Hilal Baydarov called Cakanyova’s film “honest, brave and inspirational” for her determination to chart her own emotional state as she filmed in the frozen Polish outpost, a feat showing how “almost impossible it is to make a film about oneself.”

Baydarov, adjudicating films online from Egypt, granted a special mention to the French account of poet Thierry Metz’ last musings, “A Man Leaning” by Olivier Dury and Marie-Violaine Brincard, “for its beautiful structure and well-performed editing.”

In the Between the Seas competition of Central and Eastern European docs, Ivars Zviedris’ border smuggling story “Latvian Coyote” took top honors and a 10,000 euro prize for its “sensitive approach to its well-chosen protagonists.” Judith Zdesar won the section’s special mention for Austrian doc “The Last Image,” a poignant looks at the reflections of a woman losing her vision.

The Between the Seas student competition honored Belgian/Russian doc “Time Is” by Zaur Kourazov with a $2,000 prize for its “beautiful and minimalistic narrative approach” in suspending time in its portrayal of daily life in war-torn Chechen society.

“A New Shift,” Jindrich Andrs’ chronicle of a laid off coal miner’s struggles to adjust to his new life as a computer programmer, won the Czech Joy competition and the Silver Eye award from the Institute of Documentary Film for its “careful and sensitive observation showing no prejudices or downplaying.”

Martin Pav’s account of the conflicts between humans and natural predators in the Broumov region, “Wolves at the Borders,” won this section’s special mention for its look at “our personal boundaries, our shared fear of the unknown and of the possibility of losing our conquered territories where anyone can be the wolf.”

The First Lights jury, honoring feature doc debuts, gave its top prize to the Portuguese account of folk spiritual beliefs “Ghosts: A Long Way Home” by Tiago Siopa for its “magnificent cinematic style” and “the immersiveness of spiritually enriching storytelling.” Special mention went to French/Swiss doc “A House” by Judith Auffray, her story of an independent living program for people with autism, which the jury described as a filmic dance.

The Fascinations section of experimental docs honored Australian/New Zealand short “We Are Without” by S.J. Ramir for its unlocking of “a vast range of interpretations” in its story of a dystopian landscape. The Fascinations special mention went to Hungarian doc “Baroque Femina (Nr. 7-11)” by Peter Lichter, a meld of Hollywood cinema and video games the jury called a “visually adventurous collage about today’s Hungarian collective unconscious.”

Ji.hlava’s Czech experimental films section, Fascinations: Exprmntl.cz, gave top honors to “Catastrophe” by Zbynek Baladran for his use of “simple and formally and stylistically pure devices, movements of thoughts” to create “visual shortcuts” to connect audiences to lived reality and its reflection in memory.

Special mentions in this section went to Tereza Chudackova and Klara Ondrackova’s “Sparkly Shiny Brightly See, Kaleidoscope Grows From Ears,” a garden and aliens encounter, and to “Nobody Needs To Know About This, He Said” by Ester Grohova, a personal testimony on trauma treatment.

The Testimonies section jury, screening docs taking on global issues from climate change to female sexuality, awarded German doc “Oeconomia” by Carmen Losmann, a cinematic look at the creation of money, for its account of “top bank and business managers who have no idea how the system they have created actually works.”

Chinese dissident art filmmaker Ai Weiwei, who took Ji.hlava’s contribution to world cinema award, also won the Testimonies special mention for “Vivos,” his collection of intimate testimonies from Mexicans whose children and loved ones were killed or maimed during a police massacre in the city of Iguala.

Between the Seas student competition
“Time Is”
Zaur Kourazov
Belgium/Russia

Fascinations
“We Are Without”
S.J. Ramir
Australia/New Zealand

Special mention
“Nobody Needs to Know About This, He Said”
Ester Grohova
Czech Republic