ViacomCBS Taps SpongeBob SquarePants to Get Kids to Watch NFL 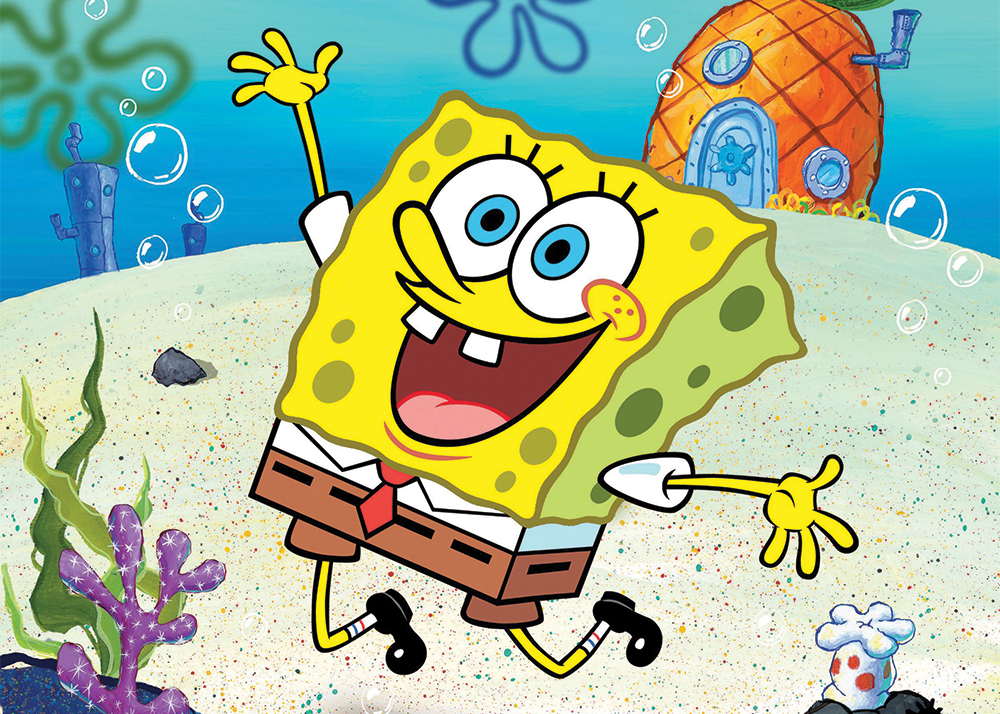 You won’t believe who’s taking the field in a bid to help CBS impress the National Football League.

SpongeBob SquarePants and green slime will be among the elements featured in a broadcast of a January 10th NFL Wild Card game that will appear on Nickelodeon while a traditional presentation runs on CBS. While gridiron aficionados take in the regular sports show, Nickelodeon will put on a game that parents and kids can watch together.  The kid-focused event will feature play-by-play commentary and reporting from two members of the network’s popular “All That” sketch-comedy series, animated graphics and intriguing visuals.

“Everything from just the attitude to the talent to the graphics packages is going to have a kid’s point of view and a Nick point of view, and we are really going to try to create a new experience for kids and parents,” says Brian Robbins, president of kids and family entertainment for ViacomCBS, the networks’ parent company, in an interview.

Nickelodeon is best known as the home of series like “Henry Danger” and “Rugrats,” but it is taking a seat at the adult table by assisting in one of the top business initiatives of its corporate parent. Every big media company that shows NFL games is in the midst of trying to secure a new rights package, with many of the current contracts set to lapse by the end of 2022. One way to dazzle the football league is to fulfill one of its big requests: bring new audiences to the sport.

Many of ViacomCBS’ rivals are trying to do exactly that. NBC Sports recently added NBC News politics guru Steve Kornacki to “Football Night in America” and the “Sunday Night Football” halftime show, a way to woo fans of his data-driven reportage. At MSNBC, Kornacki examines a candidate’s path to victory in a presidential race. In football segments, he analyzes the probability any team has tomove forward in the weeks before the playoffs. Meanwhile, Walt Disney has this season tested several “mega-casts” that put different versions of a single football game on its various cable networks and ABC. A coming Wild Card broadcast will be tailored for the young, female viewers of the cable network Freeform.

CBS and NBC won rights to show new Wild Card games the NFL added for this season. “When we approached the NFL about getting the rights for this Wild Card, we were trying to show them how we could reach a new and younger audience, which is one of the main priorities of the NFL,” says Sean McManus, chairman of CBS Sports, in an interview. “Any negotiation we are doing in the future, I think, will have a ViacomCBS element to it, whether it’s through programming or being able to reach a vastly different audience than we could have in the past before the merger.” The former Viacom and CBS merged anew at the end of 2019 in a pact valued at $11.8 billion.

Nickelodeon will rely on Noah Eagle, the 23-year-old son of CBS Sports regular Ian Eagle and the new play by play voice for Los Angeles Clippers games, and CBS Sports analyst Nate Burelson, to give viewers color commentary and play by play. They will be paired with “All That” cast member Gabrielle Nevaeh Green. “We are not asking her to be anything other than Gabby in the booth,” says Shawn Robbins, the coordinating producer of the Nickelodeon broadcast. Meanwhile, Green’s “All That” colleague, Lex Lumpkin, will report from the sidelines.

Producers expect the experience to create heartwarming family moments, says Robbins, the Nickelodeon chief, with some parents and children taking in their first sporting event together.

At the same time, executives understand the show must appeal to a generation that watches video in decidedly different fashion than its parents. “I would think it would be a good bet that there will be at least one device in a child’s hand at the same time they are watching the game — if not one, maybe two,” says Robbins. “We all know how our audience consumes content. They are watching the show and talking to their friends about it at the same time, and that’s OK.”

With that in mind, the game will come with digital components. A site, NFLNickPlay.com, will educate younger fans on football basics and provide NFL-themed content in the days before the game, as well as during it. Viewers in the three days before the event can use QR codes that will surface on the kids cable outlet to unlock collectibles related to SpongeBob and the Nick series “The Loud House.”

SpongeBob will help frame the Wild Card broadcast with a pre-show and a halftime sneak peek. “The SpongeBob SportsPants Countdown Special” will be hosted by Von Miller from the Denver Broncos and will offer highlights of the title character’s best sports moments. Jim Nantz and Tony Romo from CBS Sports will make live pre-kickoff appearances along with Eagle, Burelson and Green. At halftime, Nickelodeon will preview the SpongeBob spinoff “Kamp Koral,” which centers on SpongeBob’s camp memories. The show will debut on the new ViacomCBS streaming outlet Paramount Plus.

The kids’ outlet isn’t the first to experiment with creating professional sports broadcasts for the younger set. ESPN in 2019 tested a “kidscast” during its annual coverage of the Little League World Series. A game simulcast on ESPN2 featured two 16-year-olds  in the broadcast booth and two 15-year-old sideline reporters, who were assigned to report on the refreshments as well as any dugout action. Earlier in that year, the Walt Disney sports giant  tried streaming a version of Game 2 of the NBA Finals tailored for young men that had Katie Nolan and guests chatting on screen all while the game proceeded, with some of the action punctuated by emojis and stat-laden graphics.

While most football games often carry ads for beer, shaving gear and cars, the Nickelodeon broadcast is likely to feature commercials from a different set of sponsors, says McManus, who want to reach younger consumers and their families. Some advertisers, he adds, may choose to buy spots in both games.

How will Nickelodeon’s signature green goo be utilized throughout the game? Producers won’t give specifics. But viewers should count on seeing it. “There will be a lot of slime,” vows Robbins, the producer.