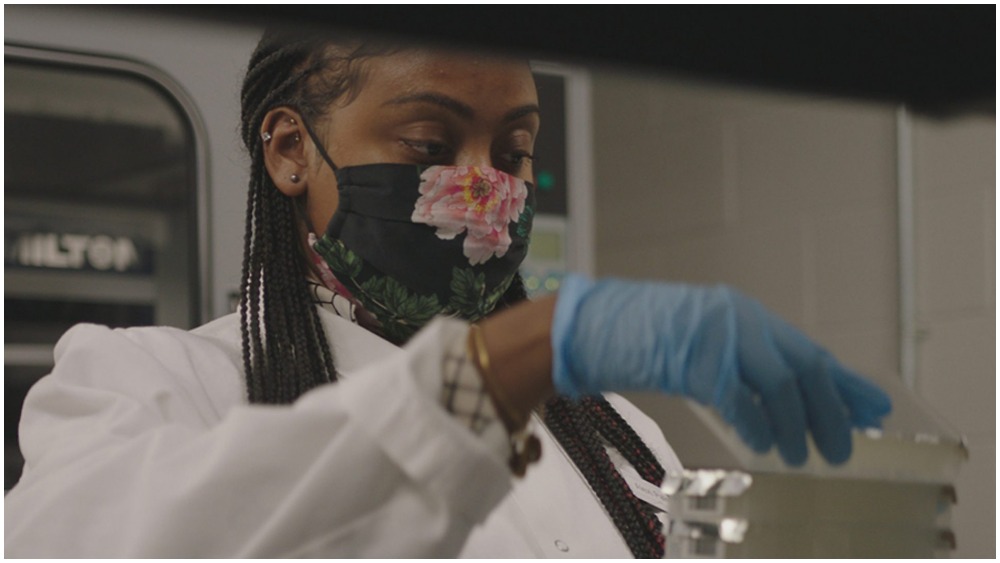 As the recently approved Pfizer/BioNtech COVID-19 vaccine began rolling out in the U.K. this week, the prevailing mood across the film and TV industry was one of cautious optimism. The breakthrough could be, quite literally, the shot in the arm needed to return to pre-COVID strength — as long as other government and industry support can bolster any progress.

Adrian Wootton, CEO of national agency the British Film Commission (BFC), reveals that 85% of production in the country has now restarted. With filming returning to normal levels, the vaccine will be a “significant step” for the screen sector’s full recovery. “It will provide that extra level of security to the rigorous health and safety practices already being implemented across film and TV production to make it COVID-secure,” says Wootton.

The vaccination roll-out — a considerable morale boost for the U.K., where COVID-19 has claimed more than 63,000 lives to date — is already spawning television programming. BBC Two and CNN Films have partnered to commission hour-long documentary special “Vaccine: The Inside Story,” to be produced and directed by award-winning British filmmaker and former virologist Catherine Gale. Meanwhile, the National Health Service (NHS) is looking to enlist “very sensible” celebrities and influencers for a massive campaign persuading the public to get vaccinated.

Superindie Argonon Group, which produces “The Masked Singer” for ITV, has completed filming more than 150 hours during the pandemic. CEO James Burstall says that although the dose will be voluntary, he’ll be “strongly encouraging both people in the group and the creative sector” to receive the vaccine “in light of scientific advice that maximizing uptake is critically important for the protection of the population.”

“We have a collective responsibility to our colleagues, the industry and society at large. Everyone who can should play their part in getting vaccinated and help get the U.K. back on its feet,” adds Burstall.

“The King’s Speech” executive producer Paul Brett highlights that some sectors will especially benefit from the confidence boost the vaccine stands to give consumers. “Exhibition has worked tirelessly to ensure a safe environment to view films on the big screen,” Brett says. “Not a single case of COVID has been traced back to the cinema experience and we can only hope that the vaccine rollout will provide further momentum to ensure that cinema-going returns to pre-pandemic heights as soon as possible.”

To that end, Phil Clapp, CEO of the U.K. Cinema Association, the trade org representing 90% of the country’s cinema operators, says the breakthrough “adds to the clear sense of optimism among U.K. exhibitors that we will see the sector begin its recovery in the first quarter of next year, [and see] that improvement accelerating through the year.”

Some hope the vaccination may also signal an eventual end to social distancing, which currently prevents cinema and theater auditoriums from working to full capacity. “While capacity is restricted, we can’t achieve the sell-out shows which are so important to our bottom line and will be even more vital for the whole sector’s recovery,” says Oliver Meek, executive director of London’s historic Rio Cinema in Dalston.

With distancing in place, it’s almost impossible to turn a profit, even with a strong slate of films, Meek adds.

And that slate is indeed crucial, with studios constantly shifting keenly anticipated tentpoles further into 2021. In the U.K., in the absence of big ticket studio films, independent distributors have stepped up to the plate with a range of releases.

“It isn’t just about a vaccine, as the content and exhibition industries still need to be there. And arguably, it isn’t just about audience safety perceptions [either],” Jane Smith, marketing director for distributor Munro Films, tells Variety. Munro points to the fact that many cinema sites across the U.K. remain closed, and one of the main reasons people haven’t gone to the cinema who might otherwise is due to a lack of access to screens where cinemas are closed.

“We still think the release calendar will be as much a movable feast over the first half of next year as it has been over the last few months, but it is impossible for us to say what everyone else will be doing,” Munro adds. “From our end, a theatrical release is still paramount, although it will be interesting to see how the long-term view of windows from the major chains pans out for everyone, not just major studio distributors.”

“By the spring and summer, people will be bursting to watch movies on the big screen again with the full sensory and audience experience that encompasses,” Rupert Preston, CEO of Vertigo Releasing, tells Variety. During the pandemic, Vertigo has grown its online distribution component and Preston notes that home downloading has been on the rise across the U.K.’s various lockdowns. Going forward, Vertigo will look to maximize audiences for their films both theatrically and digitally.

For the moment, all eyes are on spring, when anticipation of the much-delayed British hero, James Bond, will be at a fever pitch. “No Time To Die,” the latest in the global spy saga, is due an Easter release, a full year after its original 2019 date.

“I feel confident we will see a return to normality in the spring, hopefully in good time for the much anticipated ‘No Time to Die,’” says Meek. “A bumper box office for Bond will do much to ease the pain of the past year.”