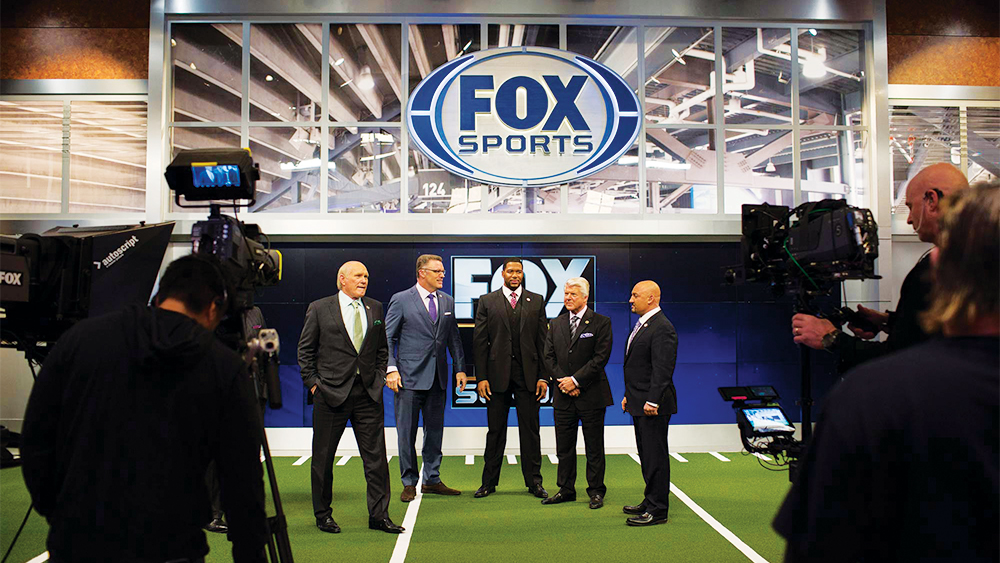 Tom Rinaldi, the ESPN correspondent known for his enterprise features and video essays, has jumped to Fox Sports, a place that has in the past not been known for delivering such things.

He is expected to take up duties for Fox in 2021, “contributing across the network’s world-class portfolio of live events.”

“Tom is one of the all-time great people in this business and a generational storyteller,” said  Eric Shanks. Fox Sports’ CEO and executive producer\ in a statement. “The biggest events on Fox just got bigger because of Tom, and we are honored to have him as our newest teammate.” Rinaldi’s last ESPN assignment is expected to be the network’s January 1 broadcast of the Rose Bowl game.

While he has served as a sideline reporter for ESPN’s golf coverage and college-football events, Rinaldi is better known for his enterprise features and interview. It is Rinaldi who secured the first interview with Tiger Woods in 2010 after the famous golfer went through a period of personal turmoil.  In 2018, he snared the first in-depth interview with Urban Meyer, during a suspension from Ohio State for the way he handled domestic abuse allegations against one of his assistant coaches. His feature stories have appeared on ESPN programs such as “College GameDay,” “E:60,” SC  “Outside the Lines,” and “SportsCenter.” Rinaldi has been nominated in five separate Emmy categories, including writing, reporting, and feature storytelling, a total of more than 40 times.

“We’re proud of the word we’ve done with Tom through the years. He is an award-winning storyteller and skilled reporter, and we wish him continued success,” said Stephanie Druley, ESPN’s executive vice president of event and studio production, in a statement. “While we are disappointed to see Tom move on, the moment we find ourselves in demands an even more disciplined approach to our business, and we are blessed with an exceptional group of storytellers who will lead us forward.”

Rinaldi and ESPN enjoyed a good relationship, according to a person familiar with the matter, but Fox Sports’ offer was said to include a staggering increase that executives at the Walt Disney-owned sports-media giant felt would be imprudent to try to match. ESPN is expected to cover Rinaldi’s areas with some of its top people: Jeremy Schaap on tennis; Jen Lada and Gene Wojciechowski on “College GameDay”; Marty Smith and Wojciechowski on golf; and multiple correspondents on features, including Mina Kimes and Wright Thompson.

ESPN recently announced it would cut 300 jobs as the economics of the coronavirus pandemic forced it to focus its business operations. Rinaldi’s departure from ESPN comes amid an exodus of top content executives. Connor Schell, the top executive overseeing programming at the network, is set to leave at the end of the year, as is Libby Geist, one of ESPN’s senior content executives,

“I’m beyond excited to join the great team at Fox Sports,” Rinaldi said, in a statement. “To contribute to the network’s incredible collection of live events, and to continue to tell the stories across those sports and in those venues, is such a fantastic opportunity. I can’t wait to get started.”

He is the author of  “The Red Bandanna: A Life, A Choice, A Legacy,” which chronicles the  tragic death of Welles Crowther, a former Boston College lacrosse player, volunteer firefighter and equities trader who lost his life while saving others in the 9/11 terrorist attacks. Rinaldi graduated from the University of Pennsylvania and earned a master’s degree from the Columbia University Graduate School of Journalism.