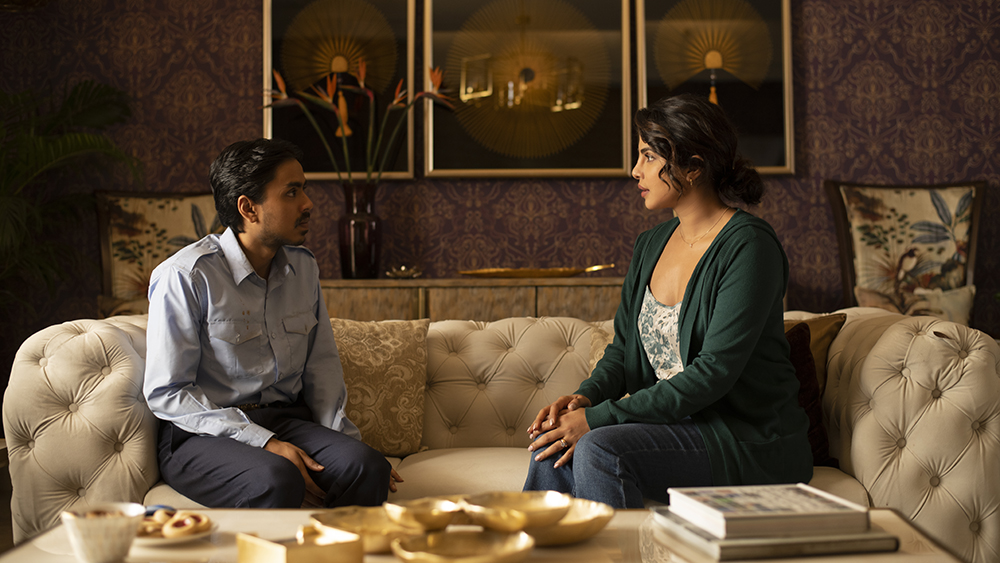 A new discovery is always welcomed in Hollywood, and breakout star Adarsh Gourav makes his presence well known in Netflix’s “The White Tiger.” Written and directed by acclaimed director Ramin Bahrani, the ambitious and intriguing tale is likely to draw lazy comparisons to Danny Boyle’s Oscar-winning “Slumdog Millionaire,” due to mere geographic location. Much darker with a more dense narrative, the film likely won’t have the same awards traction as the 2008 Oscar sweeper.

The film tells the story of Balram Halwai (Gourav), an Indian driver who uses his wit and cunning ways to make his rise from poor villager to successful entrepreneur in modern India.

In a year where Netflix has packed its awards arsenal with an eclectic showcase of films from a diverse set of filmmakers, Academy voters and guild members could find certain elements attractive, most prominently Gourav. His finding is sure to be praised by many critics’ groups for breakthrough awards, hopefully leading to more challenging roles. In his first American feature, he holds his own and carries it as the narrator and star. With a competitive best actor field that’s stacked to the brim with veterans, he probably won’t have much luck on the circuit. Hopefully, we’ll see more of him.

Another bright spot is Priyanka Chopra Jonas as the beautiful and spicy Pinky. Also serving as an executive producer, Chopra Jonas commands many of her scenes, providing a call-to-action to Hollywood producers: use her for your upcoming projects, or better yet, write one for her. The best supporting actress race hasn’t filled itself out yet, and if the film were to break into the Oscars in any significant way, she would be it. To date, there has never been a woman of Indian descent nominated in the supporting actress category in its 92-year history. Only three actors with Indian ancestry have been nominated in any of the acting categories — Merle Oberon (1935’s “The Dark Angel”), Ben Kingsley (1982’s “Gandhi” and 2004’s “House of Sand and Fog”) and Dev Patel (2016’s “Lion”). An obstacle will be Chopra Jonas’ screentime as she’s a small part of the hardy 130-minute runtime.

Bahrani’s filmography has long suggested that he’s a filmmaker worth watching, and one that actors should desire to work with. Dennis Quaid in “At Any Price,” Souleymane Sy Savane in “Goodbye Solo” and Michael Shannon in “99 Homes” are prime examples. While “The White Tiger” likely won’t bring him a nomination in best picture or director, it feels as if he’s one or two movies away from “the one” that brings him to the Dolby Theatre in a major way. He could be a dark horse for a spot in adapted screenplay.

In the artisan categories, Paolo Carnera’s camera work may be appealing to the cinematography branch of the Academy, but films like “Mank” and “Nomadland” are sucking up all the air in that space.

“The White Tiger” is one of those awards season films that doesn’t feel like a failure but surely isn’t an obvious victory. Some will like, perhaps even love, but not enough to bring it firmly into the Oscar fold.