‘The New Corporation: The Unfortunately Necessary Sequel’ Review: A More Profound Documentary Than the First One 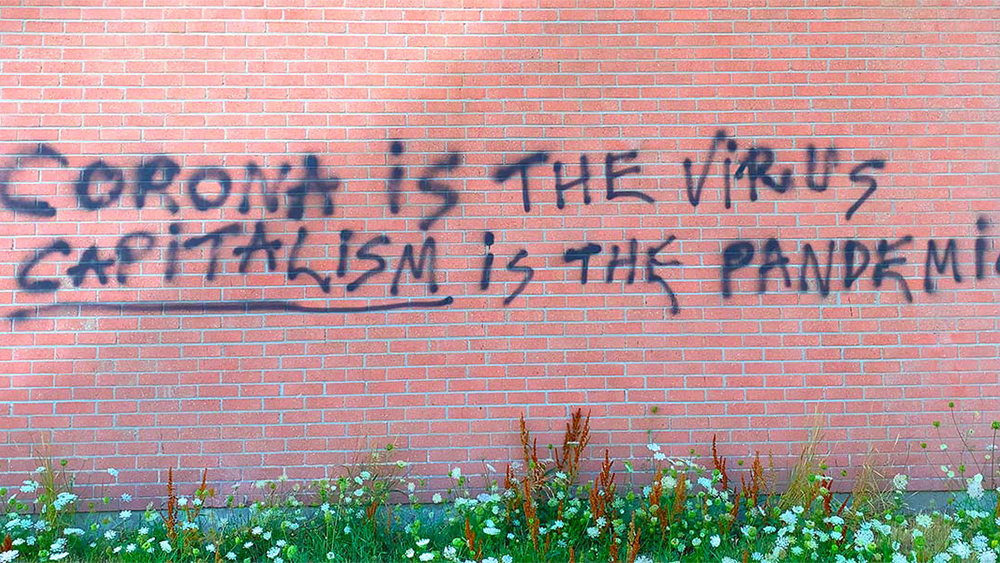 In 2003, the Canadian documentary “The Corporation” offered what it took to be a bold new thesis about the way corporations work. The film seized on an enormous legal-cultural quirk: that corporations, in terms of how the government and financial sector deal with them, are in many technical ways treated as “individuals” — that is, they’re treated like people. And so the filmmakers posed the question, If a corporation is like a human being, how would a psychiatrist choose to characterize that person? Well, let’s see: Since corporations are ruled by the profit motive, they’re almost by definition greedy, selfish, ruthless, and ultimately indifferent to the well-being of others. The conclusion the film came to is that the corporation, if you really look at it, has the profile of a psychopath.

A lot of viewers seemed inordinately impressed with this thesis. I found it provocative and useful, and not necessarily wrong; it’s probably always healthy to be reminded that corporations are acting in their own interest. Yet the reason I didn’t think “The Corporation” was all that as a documentary is simply that the thrust of its thesis — at least, once you got past the rather cute let’s-put-the-boardroom-on-the-couch conceit — came down to the basic thing that a great many people have said about corporations ever since the 1960s.

Yes, they’re about money. They’re about self-interest. They’re about doing what it takes with stone-cold killer efficiency. (It’s far from a coincidence that the word “executive” is a derivation of “execute.”) But was any of this news? “The Corporation” pretended to say something revelatory, but what it really did — and one can give it credit for this — is to deliver a highly resonant metaphor.

With that in mind, I watched “The New Corporation: The Unfortunately Necessary Sequel” wondering what this follow-up documentary’s metaphor would be, and whether the film would have something eye-opening to say. The new film, like the first, is based on a book by its co-director, Joel Bakan (working this time with Jennifer Abbott), and it’s another lively compendium of talking heads and shot-on-the-fly sequences of corporate players in action.

The surprise is that it’s a much better movie — deeper, headier, and scarier. “The Corporation” did a good job of repackaging the conventional wisdom about corporations into the documentary version of a cautionary tale. “The New Corporation” is about what’s going on right now — about the ways the corporate ethos is changing, and metastasizing, in front of us. The sins of corporations have been chronicled in a thousand documentaries, but what you want from a film like this one is for it to touch the metaphysics of how corporations now work. “The New Corporation” does that. It shakes up your perceptions. And it makes you suck in your breath.

The first thing the film deals with is the way that corporations, over the last 20 years, seem to have heard the essential critique of them and responded in kind. By the early 2000s, corporations were under siege — the Enron debacle, companies like Monsanto called on the carpet for hiding decades of pollution — and this produced a change. By 2005, corporations began to make all kinds of promises, saying no to deforestation, investing in the building up of impoverished regions. Corporations, the film’s narrator tells us, “have mounted a major charm offensive, rebranding themselves and rebranding the entire capitalist system as having changed.” They’ve made “giving back” a visible touchstone of their agenda. The new corporation sees itself as having a mission to benefit the world, and not just to reap benefits from it. The new ethos is “capitalism that cares.”

But does it? The film presents the example of how JP Morgan Chase made it a mission to rebuild Detroit. They chose a city that was famous for its racial and economic turmoil and said, “We’ll help.” At the same time, the film includes a sequence shot at the World Economic Forum, where the head of a Hyperloop technology company schmoozes Jamie Dimon, the chairman and CEO of JP Morgan, by saying that he wants to build a high-speed rail system in Detroit (something he was told to say to Dimon just one minute beforehand). At that moment, he’s speaking the language of fake philanthropy; he’s using the tragedy of Detroit to strike a deal.

And what the film suggests is that JP Morgan is doing the same thing, only on a larger scale. The megabank’s investment in Detroit is real — and, in a sense, unassailable. Yet the film makes the point that the conditions that plunged Detroit into bankruptcy in 2013 grew, in no small part, out of the 2008 meltdown that resulted from the irresponsibility of companies like JP Morgan, which was fined to the tune of $13 billion for the unethical selling of mortgage-backed securities based on toxic loans. The banks, of course, are now doing better than ever. So for JP Morgan, is coming to the aid of Detroit an act of “giving back,” or is it a diversionary action designed to deflect from what really happened?

There’s no question that many corporations, in their attempt to behave more like world citizens than psychopaths, do palpable good. Yet the larger capitalist ecosystem they swim in remains, by nature, relentless. In the film, Robert Reich, the former presidential adviser, puts it bluntly: “There is no such thing as corporate social responsibility. Corporations don’t have the leeway to sacrifice shareholder returns for doing whatever they believe is socially responsible.” In other words: Actions that come on as social responsibility might be added value, but they’re part of the value. They’re part of the new branding ethos.

If that was the message of “The New Corporation,” the movie wouldn’t have much more impact than “The Corporation” did. But, in fact, it’s just the set-up for the film’s most head-spinning — and chilling — piece of reportage, which is that corporations, driven by the rise of Silicon Valley, are now poised to infiltrate society in a way they never have before. You might say, “Really? More than Ford, IBM, McDonald’s, Exxon Mobil, Pfizer, Wal-Mart, Amazon, AT&T?” But what the film says is that the lobbying culture of the last 40 years, which has been infamous for giving corporations more and more power as government officials — like, you know, the Congress and the president — have less and less, is merely the warm-up to what’s happening now.

The grand Republican strategy has long been “starve the beast.” Lower people’s taxes, refuse to crack down on offshore corporate tax havens, so the government doesn’t have the money to do what it wants to do — or, as some of us see it, what it needs to do. And like it or not, that strategy is becoming brutally effective. The U.S. government is increasingly strapped, and that’s part of what leads to the drive toward privatization.

That’s the new magic word of the corporate world, especially the technology sector. It wants to privatize…everything. It has already tried to do that with prisons. It tried it with the military. The latest front: the privatization of water (yes, water, which Grand Chief Stewart Phillip, president of the Union of BC Indian Chiefs, calls “an absolutely terrifying notion,” a perception borne out by the disaster of Flint), and also education, as people like Bill Gates set up corporate school systems around the world. (Gates has seized on the current crisis to push for the idea of remote learning becoming permanent. I’d love to poll parents on that one.)

How could corporations wield this power? In part because they succeeded in converting our society into a place where everyone accepts that everything is marketing. A place where, as the Harvard political philosopher Michael Sandel puts it, “It’s hard to distinguish between being a consumer and being a citizen.” In the film, the journalist Anand Giridharadas calls Silicon Valley “the new Rome of our time.” The Valley, he says, “has become this extraordinary power center that has a huge say over what kind of media and information we have.” With that kind of control in place, when the government finds that it can no longer afford to prop up things like the public-education system, you can bet that corporations will be there to step in.

The problem with all this, of course, is that it’s built on an inherent conflict of interest. Corporations may say they have our best interests at heart, but their mandate is to make money, and they’re not beholden to the citizens; they’re not elected. That’s why the prospect of governance-by-corporation is fundamentally anti-democratic. So is this the future? Maybe, maybe not. The film shows us lots of grass-roots protests against it. Yet “The New Corporation” stands as an ominously profound warning about the kind of society we may be turning into because we’ve allowed ourselves to be convinced that corporations are looking out for us. If you want a metaphor, here’s an old one: They’re the wolf in sheep’s clothing.