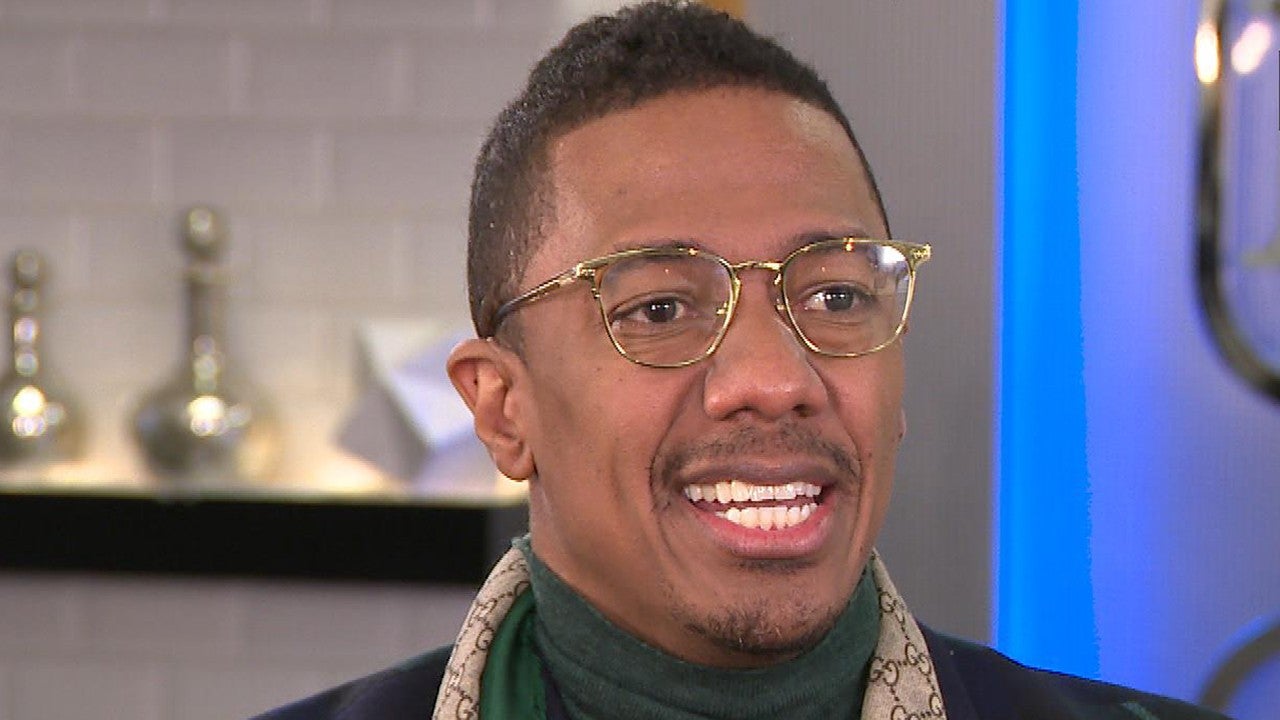 Fox’s newest singing competition series, The Masked Singer, has become a smash hit, with viewers analyzing every clue and feverishly googling celebrity bios in an attempt to guess which stars are hidden underneath the elaborate costumes.

The range of guesses from fans has been wild and wide-ranging — and even more so from the show’s panel of celebrity detectives, Robin Thicke, Nicole Scherzinger, Jenny McCarthy and Ken Jeong.

All the while, host Nick Cannon is simply stepping back and enjoying the bizarre and wild ride, and he’s absolutely loving how invested the fans are in deducing the secret identities.

“It’s been amazing to see the different demographics that spark to it,” Cannon told ET’s Nischelle Turner on Thursday, the morning after the second episode aired, introducing six new masked singers to America.

“I’m in the hip-hop community. I’m in the youth community, with the kids from Nickelodeon and stuff, [and] to see everyone come and love this show… I’m like, ‘Yo, that’s crazy that all these people are watching!'” Cannon added.

After two weeks of competition, viewers have now seen all 12 costumed contenders perform, and have gotten a bevy of clues about their true identities. We’ve also seen two stars unmasked, with NFL star Antonio Brown revealed to be The Hippo at the end of the premiere, and comedian Tommy Chong revealed as The Pineapple at the conclusion of Wednesday’s episode.

As for the 10 remaining mystery singers, some seem a bit more obvious than others (we’re looking at you, Raven), while a few are downright baffling. But that hasn’t stopped a legion of fans-turned-internet sleuths from coming up with a whole lot of potential guesses.

While Cannon obviously couldn’t confirm or deny any suggestions, the host listened to a few of the most popular guesses, and offered what may have been some new (albeit incredibly cryptic) clues that could provide another puzzle piece for those trying to solve the most engaging mystery on TV since the first season of Twin Peaks.

One of the biggest surprises from week two came from the night’s final performer, The Bee, who blew the judges away with her incredible diva voice.

Given a few of the biggest clues shared during the episode — including the fact that she began singing in the 1950s and she’s often referred to as “Empress,” one of the leading guesses is that it’s actually Gladys Knight, who is known as the Empress of Soul and is one of the greatest vocalists alive.

“You never know,” Cannon said when presented with Knight as a possible contender for being The Bee, before adding: “Why would the person you said dress up like a bee?”

“Honestly, when I saw her great vocals and a bee costume, I was like, ‘Y’all went and got Beyonce?! This show is big!'” Cannon joked.

Another masked singer the internet had a whole lot of guesses about was The Rabbit, who many felt was possibly *NSYNC member Joey Fatone.

“But didn’t that one get bumped already when Jenny McCarthy said that his ‘gut is way bigger’? She made some kind of joke,” Cannon said, referring to McCarthy’s dismissal of the suggestion. However, Cannon cast subtle doubt on said dismissal, hinting, “I didn’t think that.”

“[But] I honestly didn’t think that’s who it was,” Cannon added quickly.

Cannon also reacted to the suggestion that The Poodle might be Suzanne Somers, who was seen in her clue package lifting weights as men worked out behind her in the style of an ’80s exercise video.

“There was something in there about fitness, right?” Cannon said, after asking why Somers’ name was getting thrown around as a possible identity. “I can see where you can draw that. You never know.”

As for giving out some real clues, Cannon teased a little about The Raven, whom many believe is actress and former talk show host Ricki Lake.

“The Raven has risen from the fire. This person has been through quite a bit and still rising,” Cannon hinted, largely reiterating clues already shared during the episode. “That’s all I’m going to say. I’m just going to leave it at that.”

Cannon also offered up a hint about The Lion, sharing, “This person, if you even notice, they use The Lion the most in the promos.”

“It looks like it’s the most expensive costume,” Cannon added. “So whoever is underneath there must be someone really important. [They] must be really heavy in the star power department.”

Fans will continue to get a chance to decode the clues and deduce the undercover entertainers’ famous alter egos with each new episode. The Masked Singer airs Wednesdays at 9 p.m. ET/PT on Fox.

Check out the video below for more on the hit series.

‘The Masked Singer’: Spoilers, Clues and Our Best Predictions