The Joys of Binge-Listening to Music During Lockdown 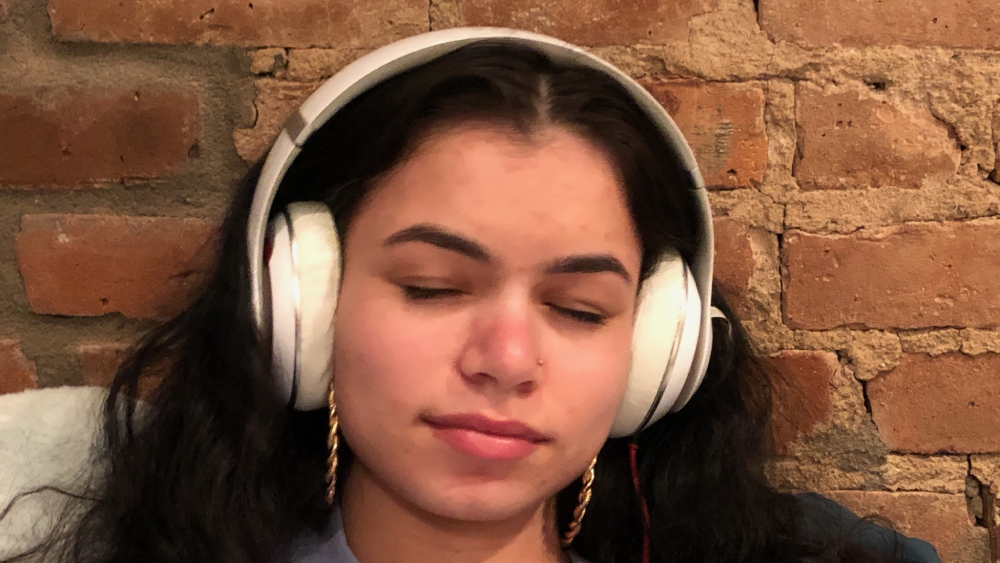 As this unprecedented year finally reaches its close and we look for the silver linings in nine months of lockdown, we think of time with family, time to recharge, time to think… and for some of us, quality time with another family member: music. Sure, there’s been no shortage of great television shows to binge-watch or podcasts to binge-cast (?), but true music geeks have been too busy binge-listening to notice.

Binge-listening can take any form, but one of the most rewarding is to focus on an artist’s output during a specific time period: Miles Davis in the ‘50s; the Beatles, Bob Dylan, Aretha Franklin and the Rolling Stones in the ‘60s; Stevie Wonder, David Bowie and Joni Mitchell in the ‘70s; Prince, Michael Jackson and Peter Gabriel in the ‘80s; Jay-Z, Bjork and Beck in the ‘90s; Kanye West in the ‘00s; and Kendrick Lamar and Frank Ocean in the ‘10s, to provide several edifying examples.

Such deep dives provide multiple narratives of their own: Listen in chronological order, and you can hear the artists’ brilliance unfold while you’re cleaning, gardening, exercising — particularly on the get-out-of-the-house walks that so many of us are taking, along the same streets surrounding our homes, day after day after day — or any other activity that occupies the body but leaves the brain hungry for something to focus on.

While all of the above was true even before the pandemic, these challenging times are ideal for musical deep dives. Lockdown has starved our senses, and science has proven that when one sense is deprived, others compensate — so when you’re seeing the same scenery every day, what you’re hearing takes on a greater intensity. Add in the endorphins that exercise generates, and you’ve got ideal conditions for binge-listening — and boom times for music geeks.

What does this intensified focus reveal, even in music that you might have heard dozens of times? So much! The more educated listeners might marvel at, for example, the deceptive complexities in Abba’s music, with its sophisticated song structures, octave leaps and clever key and tempo changes alongside some of the most gorgeous vocal harmonies (and some of the most insipid lyrics) humanity has ever heard. Or how intricate is the eternally underrated Ringo Starr’s drumming on Beatles songs like “Rain” and “Birthday.” Or how Mary J. Blige’s songs with Raphael Saadiq, especially “I Found My Everything” and “Color,” are her most innovative and unlike anything else in her catalog. Or how you don’t even miss the beats when listening to Notorious B.I.G. a capella. (See? I’m only up to “B.”)

The subject of binge-listening came up — okay, I brought it up — during interviews this year with Phoebe Bridgers and the Weeknd, among others. Speaking about her quarantine favorites last summer, Bridgers said, “I have been totally binge-listening to Joni Mitchell and Neil Young and Jackson Browne. I thought, ‘I say these are my favorite musicians, but have I heard every single one of their songs?,’ and it was very rewarding. Neil has so much music that passed everybody by, like his doo-wop album [1983’s “Everybody’s Rockin’”], and ‘80s Jackson Browne is really wild,” she laughed. “I was like, ‘Oh wow, I forgot that the ‘80s happened to you.’”

Poring through his iTunes last March, which included everything from Hall & Oates to Oneohtrix Point Never to Eazy-E, the Weeknd said, “You just start diving into it, really digging in — and then you tap into what makes Daft Punk Daft Punk, or what made Prince Prince, you know?”

And what better time than now? Those of us for whom live music is an essential nutrient can find recordings of concerts we saw — or wish we’d seen — that at least approximate the live experience. Dig around YouTube for shows by Led Zeppelin or the Who in the early ‘70s or Nirvana circa 1991 and you’ll hear some of the most powerful and exciting rock music ever made. And then there are the gigs that keep on giving: the artists who changed up their sets night by night, from the Grateful Dead and the Velvet Underground to Prince and Phish. I have listened to at least ten different concerts from Prince’s 1986 “Parade” tour, which many fans (and more than a couple of bandmates) feel was his best, and even his intricately arranged medleys changed nearly every night.

Sometimes the best part of a concert isn’t even musical, whether it’s Mick Jagger greeting a 1969 Illinois audience with a preposterous Southern accent or a British audience member shouting “‘E’s nake-id! ‘E’s bloody nake-id!” when Cramps singer Lux Interior evidently shed his last stitch of clothing at a 1981 London concert. Or Beck, whose between-song banter and lyrical ad-libs vary from night to night, ranging from a “Moby Dick”-like nautical theme (a 1996 concert in the port city of Amsterdam) to the hazards of running from the police during a protest march while wearing a harmonica holder around your neck (Lincoln Center acoustic set, 2002) to rattling off L.A. traffic advice during “Where It’s At” (Capitol Studios, 2019).

The plot thickens even more if you’re familiar with the backstory behind the music’s creation. Knowing that the Beatles had just started smoking weed in the mid-1960s puts many of the songs on “Help!” and “Rubber Soul” in an intriguing light; or that the sudden death of Kanye West’s mother in 2007 precipitated a dramatic change in his music, from the bright, happy “old Kanye” of his first three albums to the more ominous innovations of “808s and Heartbreak” and “My Beautiful Dark Twisted Fantasy.” More recently, the music on Taylor Swift’s “Folklore” album shares many elements with songs written by other artists during the early weeks of lockdown: anxiety, loneliness and a stark, almost palpable sense of isolation.

Getting even darker, what happened to artists who stared into the abyss? What was going through the minds of Brian Wilson, Peter Green or Syd Barrett on the songs that soundtracked their respective descents into madness — or, for that matter, those of Nirvana’s Kurt Cobain or Joy Division singer Ian Curtis? David Bowie’s final album, “Blackstar,” released three days before his death from cancer in 2016, was his best and most innovative in decades — as if his heightened sense of mortality had reawakened his muse, one last time.

And even though streaming services have so leveled the playing field that few recordings are actually “rare,” there’s still plenty of buried treasure — often in the songs or albums that alphas wrote and/or produced for other artists. Iggy Pop’s monumentally influential 1977 album “The Idiot” is essentially a David Bowie album with Iggy as the singer and lyricist (and is the link between Bowie’s groundbreaking “Station to Station” and “Low” albums). Likewise, the two early ‘70s albums Stevie Wonder helmed for his then-wife Syreeta Wright are like supplements to his iconic “Talking Book” and “Fulfillingness’ First Finale.” Sly Stone’s productions on his Stone Flower label in the late ‘60s and early ’70s (collected on the outstanding “I’m Just Like You” compilation) are a bridge between his optimistic and empowering “Stand!” album and the dark, paranoid “There’s a Riot Goin’ On.” George Harrison — who produced many artists for the Beatles’ Apple Records in the late ‘60s — not only gave his song “Sour Milk Sea” to singer Jackie Lomax, he brought in Ringo, Paul McCartney, Eric Clapton and virtuoso pianist Nicky Hopkins to play on it (the end result not only sounds like a long-lost “White Album” outtake, it’s the only non-Beatles song except Tony Sheridan’s 1962 single “My Bonnie” to feature three Beatles). And the work of magnificent songwriters and producers ranging from Phil Spector, Norman Whitfield, Carole King, Ellie Greenwich and Jeff Barry to Dr. Dre, Max Martin, Timbaland, Sia and Diplo is an investigative process in itself: Their distinctive songs are often sung by (and listed under the names of) dozens of different artists.

And sometimes, a song is part of a moment that belongs to no one but you. Listening to the long coda at the end of “Purple Rain” on one of those Prince concerts mentioned above, I remembered being 21 years old on a spring evening in Florence, Italy — we’d just checked into our hostel, the sun was setting, and the song was blasting through an open window of the terra-cotta-roofed building across the street … and just as it reached the glorious “Whoo-oo-oo-hoo” crescendo, church bells serendipitously started ringing. (Can you imagine how amazing that already-spine-tingling song sounds when accompanied by church bells and an Italian sunset?)

Does all of this mean that years from now, when we hear music that helped us through lockdown, we’re going to picture the boring streets around our homes? Will puzzling over the odd internal logic of Joni Mitchell’s songs, and the intricate way her melodies and chords fit together, evoke a memory of cleaning up the backyard? When the world “comes back,” will these songs actually make us miss having an excuse to shut out the world behind our headphones and masks?

Compared with our paused present, those will be good problems to have. Until then, there are few better pod buddies than an inexhaustible supply of music.