‘The Craft: Legacy’ Review: Blah Blumhouse Reboot Is Everything the 1996 Camp Classic Rebelled Against 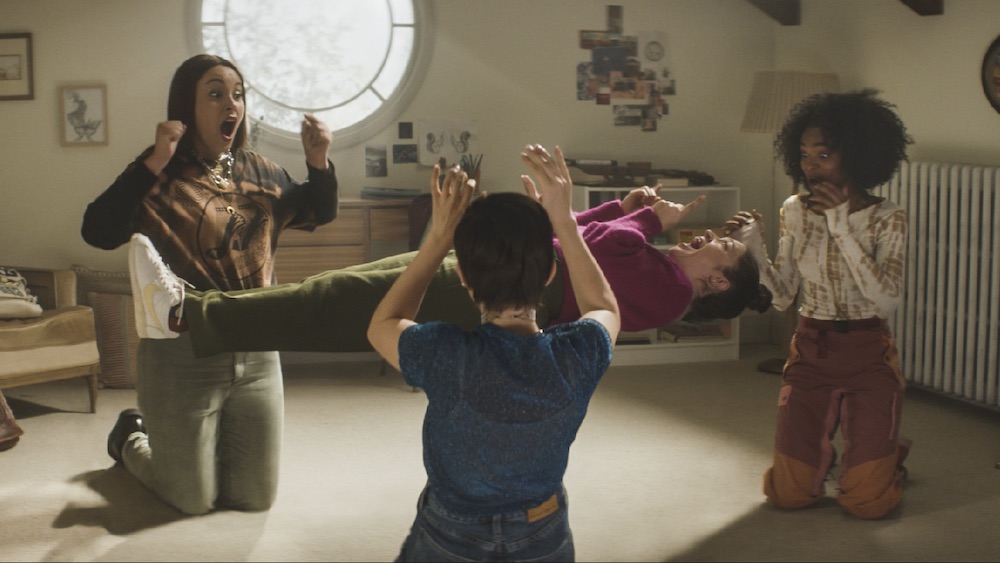 Nearly a quarter-century has gone by since cult horror classic “The Craft” tapped into a pre-Harry Potter fascination with witches, giving teenage audiences a sense of how empowering it might feel for four young women, persecuted by date-rapey d-bags and openly racist prom queens, to invoke a little black magic in their desire to get even. That surprise hit was creaky even by 1996 standards, but its Goth-grunge attitude was hella edgy by comparison with “Clueless” and other clean-scrubbed YA offerings of the time, and one would hope that a Blumhouse follow-up made in the year 2020 might find a way to feel similarly avant-garde.

Instead, “Blumhouse’s The Craft: Legacy” comes across as “The Craft: Lite,” a watered-down, PG-13 reboot in which the outsiders are no longer treated as freaks, and their mission amounts to enlightening Neanderthal classmates and other assorted chauvinists about the risks of underestimating young women. Doing so could get you killed in “The Craft,” whereas in writer-director Zoe Lister-Jones’ version, the worst that can happen is waking up woke, spouting your newfound appreciation for Princess Nokia and the essays of Janet Mock.

Still, with an entirely new quartet of teenage sorcery enthusiasts — one of whom is trans — this is a supernatural thriller from which J.K. Rowling could learn a thing or two. As in the earlier film, a trio of amateur witches are seeking a fourth recruit when an oblivious newcomer with “natural” gifts arrives in town. Filling Robin Tunney’s shoes is petite, short-haired Lily (Cailee Spaeny, “Bad Times at the El Royale”), who has the misfortune of menstruating during her first day at an unfamiliar school — which might seem traumatic to anyone who hasn’t seen “Carrie,” but seems fairly mild by comparison.

Rather than teasing her, Frankie (Gideon Adlon), Tabby (Lovie Simone) and Lourdes (Zoey Luna) make Lily feel as if the other students are the weirdos for overreacting. Lily has come to town with her single mom, Helen (Michelle Monaghan), moving in with motivational speaker Adam (David Duchovny) and his three boys in what could be a twisted spin on “The Brady Bunch.” Sadly, the movie doesn’t really know what to do with her new siblings — an oversight that slash-fiction authors are sure to correct in short order.

Lily didn’t have friends at her previous school, and she’s grateful to be embraced by the three girls in her class. Never mind that her new peers pressure her into participating in an incantation where they succeed in freezing time. Back in 1996, “The Craft” was criticized for overdoing the visual effects, but this time around — at a moment when nearly half the YA movies are CG-enhanced superhero fantasies of some sort — it’s as if Lister-Jones is holding back: The director (whose 2017 debut, “Band Aid,” debuted at Sundance) includes a montage in which the girls practice levitation and assorted spells but otherwise keeps the powers very much in check.

On one hand, what made “The Craft” scary was the idea that magic might really exist, and that dabbling in it might awaken occult forces far stronger than beginner witches are ready to confront — the playing-with-fire frisson of using a Ouija board blown up to levels these young women could no longer handle. But the film’s real strength came from acknowledging how the guys at school could disempower them, ignoring their limits on a date (the way the Skeet Ulrich character did) or slut-shaming them in front of their peers, and giving the witches the wherewithal to get even.

“The Craft: Legacy” turns the tables, but not in the way that suggests some kind of conscious design on the part of its creators. If these four young women are as politically enlightened as the film makes them out to be, why doesn’t “Legacy” take a stand when one of them uses a love spell to override the defenses of tough guy Timmy (Nicholas Galitzine)? Doesn’t bewitching a dude into making out with you (especially when he has a crush on your stepbrother) amount to violating his consent?

More scenes like that might have given this sequel fangs, which sorely lacks in this form. From time to time, Lily has shocking visions — consisting of snakes, a blade and blood, all of which suggest some kind of satanic ritual. But “Legacy” is that rare movie in which such premonitions don’t pay off. Lily’s right to be skeptical of Adam’s motives, but the finale in which Duchovny gets to play the villain is no more stressful than the last act of your average “Scooby-Doo” episode.

Conventional wisdom holds that hiring women filmmakers to tell such stories should bring something new to the equation, but “The Craft: Legacy” feels like a step back, even if the original was written and directed by men. Unlike last year’s “Black Christmas” remake, where female would-be victims seized the upper hand, these women were already in control of this franchise. About an hour in, the movie signals that (spoiler alert) Lily was adopted, suggesting that the “Legacy” of the film’s title may be literal: She’s more than likely the spawn of one of the original “Craft” witches. But does that reveal add anything?

In theory, it gives fans of the earlier film something to guess about, but there’s not much else for that generation to connect with. If anything, this decades-later sequel feels like the kind of stale “Party of Five”-style YA programming that the relatively punk 1996 film was reacting against when it cast a pre-“Scream” Neve Campbell as the bad girl. And there’s nothing here that can compare to the fiery-eyed insanity of Faruza Balk’s performance in that film. The original “Craft” may be a mess, but it does have a legacy, and this ain’t it.