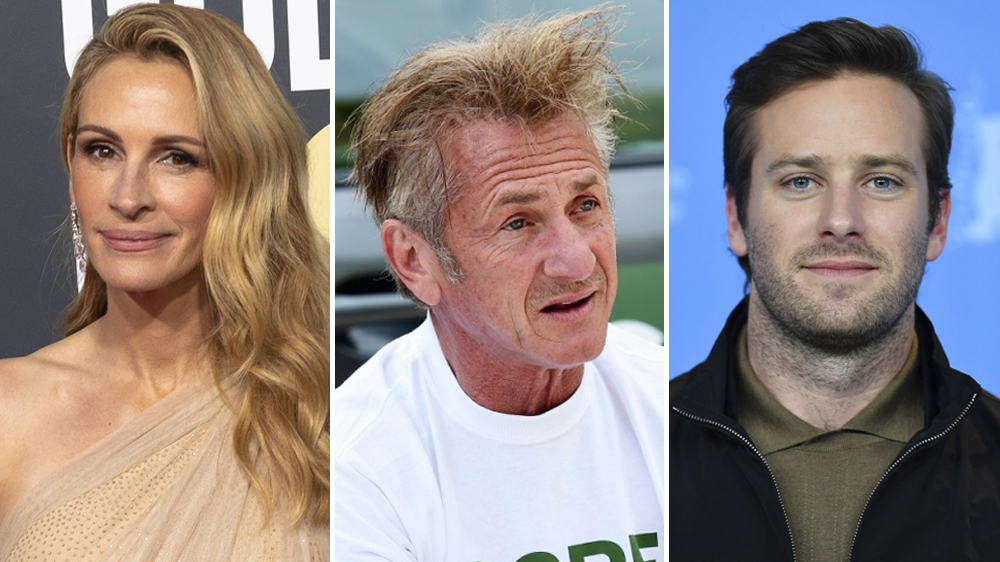 The series focuses on the untold stories and forgotten characters of Watergate, from Nixon’s opportunistic subordinates to the deranged zealots aiding and abetting their crimes to the tragic whistleblowers who would eventually bring the whole rotten enterprise crashing down.

Previously announced talent still attached to the show include Academy Award-winning actors Julia Roberts (“Homecoming”) and Sean Penn (“Milk”). According to an individual with knowledge of the project, Armie Hammer and Joel Edgerton (who were both slated to star in the Watergate anthology series) and brother Nash Edgerton (who was set to direct and executive produce along with his brother), will no longer be a part of “Gaslit.” They departed the projects several months ago due to scheduling conflicts, the source revealed to Variety. Hammer and Edgerton’s roles are being recast, and Matt Ross (“Captain Fantastic,” “28 Hotel Rooms”) has replaced Nash Edgerton as director and executive producer.

“Gaslit” is set to start production this spring and will be produced by UCP, a division of Universal Studio Group, for Starz. Along with Pickering and Ross, “Mr. Robot” creator Sam Esmail, via his overall deal with UCP, and Chad Hamilton (“Mr. Robot,” “Homecoming”) serve as executive producers under their production banner Esmail Corp. Roberts will executive produce under her banner Red Om Films along with co-executive producers Lisa Gillan and Marisa Yeres Gill. “Gaslit” reunites Esmail and Roberts in their second television project together. The first was season one of the Golden Globe-nominated Amazon Prime drama series “Homecoming.”

“In ‘Gaslit,’ we not only have the opportunity to tell an incredible untold story in bringing Martha Mitchell’s historic role in Watergate to the forefront, but we are also incredibly lucky to have a dream cast including Julia and Sean and the best creative team and partners we could have asked for,” said Christina Davis, president of original programming for Starz. Per Davis, the company is excited to continue the network’s comprehensive commitment to spotlighting premium narratives that appeal to women and other underrepresented audiences— a Starz effort known as the #TakeTheLead initiative.

“I’m so happy to have the opportunity to share the heartbreaking, fascinating story of Martha Mitchell with the world,” added Pickering. “Martha was the first and loudest voice to speak out against the bumbling criminality of a crooked presidential administration and she was one of the most complicated public martyrs of the era. To find anyone willing to tell her story is a dream. To be making it with Sam, Julia, Sean, Matt, UCP and Starz seems impossible. I’m over the moon.”

Roberts and Penn are both repped by CAA and Hirsch Wallerstein.

Former “Gaslit” actor Armie Hammer has starred in his own slew of social media scandals and relationship abuse accusations as of late. Though reasons for exiting “Gaslit” were not specified, he has had to step away from several projects he had been attached to after multiple women came forward with allegations of sexual violence and salacious graphic messages referencing cannibalistic fetishes surfaced online. Hammer exited roles for the upcoming film “Shotgun Wedding” and “The Godfather” series at Paramount Plus, and he was dropped by agency WME.