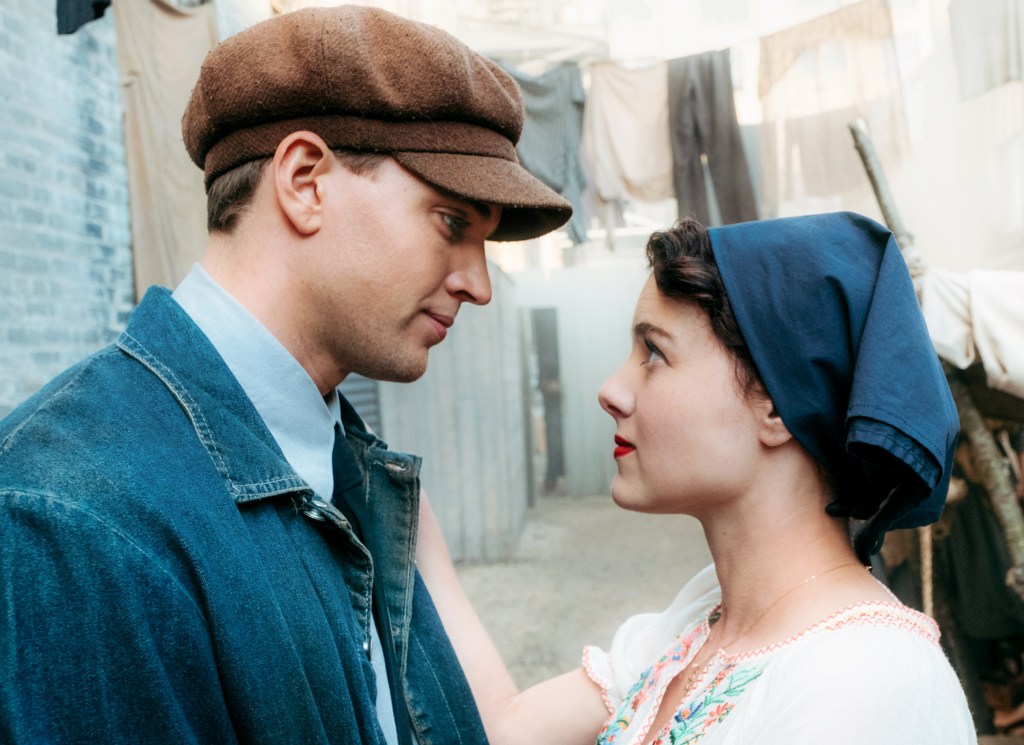 After “Hamilton” made an earwormy global phenomenon from the life story of American founding father Alexander Hamilton, no chapter of history can be declared too dour for spangly, heart-on-sleeve musical treatment — though the Winnipeg General Strike of 1919 is still a pretty unlikely candidate. The stage roots of “Stand!” go back further than Lin-Manuel Miranda’s Broadway smash: It’s been 15 years since it first hit Canadian stages under the title “Strike!,” and the eventual film adaptation has the air of a patient, resourceful labor of love, while also showing why the material wasn’t more immediately rushed before cameras. Earnest and plainly felt, this grafting of a cross-cultural romance onto the story of a critical turning point in Canadian workers’ rights doesn’t want for incident and emotional commitment, but Robert Adetuyi’s film does fall a little short on showmanship.

Having bowed on home soil in 2019, “Stand!” received a one-day engagement in U.S. theaters in early December, ahead of a more sustained release. (It kicks off 2021 as the opening film of the virtual Los Angeles Jewish Film Festival.) The film will live longest, one suspects, in Canadian classrooms, where it could become a useful teaching aid thanks to a combination of bullet-point history, wholesome tunes and accessible, pleasingly inclusive human drama. The plight of Eastern European immigrants, African-American refugees, Indigenous soldiers and feminist unionists all intersect in a busy screenplay, adapted by the stage show’s authors Danny Schur and Rick Chafe — indeed, with so much story to plow through in under two hours, the musical numbers risk seeming an afterthought.

Shouldering the bulk of proceedings is “Glee” alum Marshall Williams, his clean-scrubbed dreamboat looks scarcely concealed under the newsboy cap and dun-colored workwear of his character Stefan Sokolowski. A hard-up but hopeful Ukrainian laborer, he has recently fled his wartorn homeland with his father Mike (Gregg Henry): Together, they hope to rustle up enough dough to bring Stefan’s mother and siblings to safety in Winnipeg. The local pumphouse offers them desolately paid employment, to the chagrin of returning Canadian soldiers who find themselves frozen out by the cheaper new arrivals: Unfair labor laws beget ugly anti-immigration sentiment on the streets, exploited by capitalist fatcats like villainous lawyer A.J. Anderson (Paul Essiembre), who wants to keep Canada for Canadians only.

All of which is to say life is tough enough for the Catholic-raised Stefan before he falls head over hobnailed heels for Jewish suffragette Rebecca (Laura Slade Wiggins), who sparks his interest in labor politics — and eventually persuades him to join the thousands-strong workers’ strike that would bring Winnipeg to a standstill. Their religious differences are enough to raise the ire of family members on both sides; furthermore, Mike staunchly opposes the strike plans, taking a grateful, head-down attitude to any income that comes his way. Cue much familial sturm und drang atop the larger historical drama, itself peppered with the mini-narratives of other affected parties. In particular, a liberty-minded Black maid (Lisa Bell) gets the score’s most infectious songs as she quits her job and stands up for herself and others.

Indeed, she might have been a better leading vessel for this story. The romance between Stefan and Rebecca is a rather wan throughline, saddling the winsome stars with too much heavily expositional dialogue — one of several areas in which “Stand!” doesn’t always find a happy medium between the stage musical’s artifice and the more immediate realism of a screen treatment. Similarly, while Adetuyi’s direction is bright and brisk enough, the film could handle more stylized flourishes. The crisp, often handheld digital camerawork and tidy art direction don’t entirely convey the grit and grime of these desperate living conditions: Even the costumes, lovely in themselves, look quite freshly laundered. Still, at the higher points of “Stand!,” pure feeling punches through such limitations: The film’s own resourceful “let’s put on a show” energy is stirring in itself.