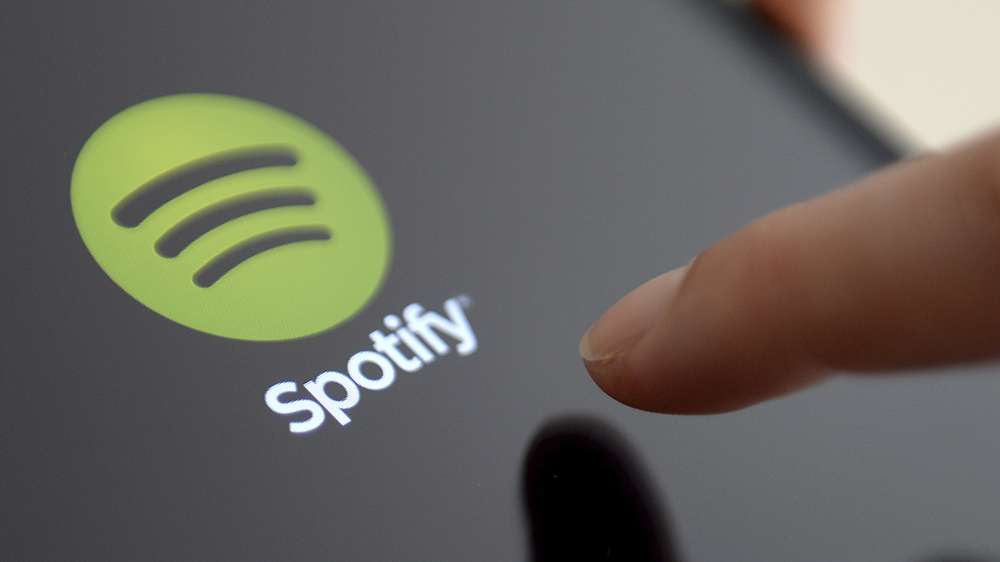 Spotify has joined the ranks of streaming services like SoundCloud and YouTube as a hub for bootlegs of popular songs. With obscured titles like “Jocelyn Flores but you’re in the bathroom at a party” by eraylandin, a new take on XXXTentacion’s popular “Jocelyn Flores,” and “Dead To Me – Kali Uchis (slowed + bass boosted)” by user Unreal sounds, a rework of Uchis’s popular track from her 2018 album “Isolation,” these underground remixers have chosen to upload their creations as podcast episodes, hoping to circumvent copyright infringement detection by the platform.

Using simple keywords and terms like “chopped and screwed,” “slowed and reverbed,” “remix,” and “mashup” in Spotify’s search bar, users can track down bootlegged reworks of songs by many top artists which live on Spotify’s podcast hub. Late rapper Juice WRLD, who still commands a cult following, has a full ‘podcast series’ dedicated to revealing his unreleased songs, like user No Si’s podcast titled, “Instagram @xricardol.tx.” The podcast contains ‘episodes’ like “Sugarfish (Leaked),” a song Juice WRLD wrote with The Chainsmokers that was never officially released, despite online rumors that the collaboration would become available in December 2019. These podcasts, like “Instagram @xricardol.tx,” only contain the audio of specific songs and almost always list the tracks as individual episodes. There is nothing that resembles the typical characteristics of a podcast.

Such a workaround is referenced in the terms and conditions of use outlined in the Spotify for Podcasters user agreement, which notes that service “is not intended to be a music distribution tool” and directs those who “wish to deliver music to Spotify” to its Spotify for Artists platform.

Further, a rep for Spotify tells Variety in a statement: “We take intellectual property infringement extremely seriously. Spotify has multiple detection measures in place monitoring abuse on the service to detect, investigate and deal with such activity. We are continuing to invest heavily in refining those processes and improving methods of detection and removal, and reducing the impact of this unacceptable activity on legitimate creators, rights holders and our users.”

Indeed, when posted publicly without the approval of rights holders, these remixes could be considered “derivative works” and, under U.S. copyright law, may signify a form of infringement that can be prosecuted in court. For defendants in these cases, the vague proviso of “fair use” is often used to bolster their argument that such musical reimagining is legal. According to Professor Daxton “Chip” Stewart of Texas Christian University’s journalism department, who specializes in media law, “There’s not a whole lot in the courts to give us guidance about [fair use.]” As Stewart explains, there are few parties who are willing to go to the expense and effort to litigate.

Another reason these possible infringements haven’t been litigated? They’re potentially damaging to the artist-fan relationship. “It gets into an odd situation where an artist is all of a sudden in the position of suing one of their fans, which is never a great look,” says Stewart. “It’s something [artists] should handle pretty delicately.” Though there have been numerous cases pertaining to copyright law in the U.S. court system in the last few decades, most have seen artist go up against another artist. To wit: the watershed case of Marvin Gaye vs. “Blurred Lines” creators Pharrell Williams and Robin Thicke, which in 2015 ruled in favor of the Gaye estate determining that Thicke’s hit infringed upon Gaye’s 1977 song, “Got to Give It Up.” (Williams and Thicke were ordered to pay some $5 million in damages and the Gaye family is now entitled to 50% of all future royalties earned by “Blurred Lines.”)

For remixes masquerading as Spotify podcasts, pseudonyms are often used, which is not at all new in the music industry where fans, fledgling producers and DJs have long reworked existing songs in homage or for their own creative purposes. DSPs have provided easy distribution for such creators as unofficial reworks have popped up on sites like SoundCloud, YouTube, and, most recently, TikTok. Hunter Thompson, of electronic music management company and record label Alt Vision, notes that a few of the remix creators he first spotted on SoundCloud in the early 2010s ultimately built a thriving career off of their derivative works. “Dillon Francis was one of them,” he says. “That’s how he became a big festival headliner. People loved his bootleg remixes.” As remixes continue to pop up on Spotify Podcasts, copyright holders are left to discern whether or not they warrant action, legal or otherwise.

As Ash Stahl, a manager for artist/producer Said the Sky and an employee of Flighthouse notes, “The marketing teams have totally different opinions on these things than the legal teams do.” While legal may jump to get a remix removed, many marketing team members see bootlegs as a boon, popularizing the song by reaching new audiences.

One way around this issue: make the stems available. Deconstructed songs into individual tracks can be a form of collaboration that comes with the artist’s blessing. Los Angeles-based digital marketing company Black Box is doing that by encouraging users to make remixes via online contests. “The idea is to make stems available and give creators the opportunity to be creative with a song,” says general manager Brian Popowitz. The contests allow Black Box to foster the artist-fan relationship and “provide a point of discovery” for their clients’ work. These reworks can also provide key additional content. “In this always-on world where people expect a high frequency of music, remixes are amazing,” Popowitz says.

In the social media space, TikTok has become a hotbed for remixing as sound pages made by aspiring producers like Carney Val, who has earned 2.6 million followers for his self-made mashups on the platform, continue to gain popularity. These users earn their followings as others on the app begin to use their reworks to soundtrack their own videos. For Carney Val, top influencer Addison Rae’s use of his remix “Lets Link x WAP by @carneyval” introduced the bootleg to her 71.5 million followers, 5.4 million of whom liked her post, bringing considerable visibility for the emerging producer and the tracks.

Though “Lets Link x WAP by @carneyval” in particular cannot be found on Spotify, the emergence of these unofficial remixes disguised as podcasts coincides with TikTok’s meteoric rise as a music-mashup platform over the last few years. All DSPs, including social-based companies like TikTok, fall under the Digital Millennium Copyright Act (DMCA). Signed into law in 1998, the DMCA set forth much-needed provisions for copyrights on digital platforms. Title II of this act created limitations on what liabilities are held by DSPs when copyright infringement occurs on their platform. According to Professor Stewart, Title II essentially means, “if you’re the copyright owner and you send a DMCA take-down notice to YouTube, and [YouTube] takes [the infringement] down, YouTube is not responsible.”

Title II of the DMCA gives DSPs plausible deniability with any infringement on their platforms until they are asked by the copyright owner to remove the content, but Stahl says, for her, it has still been “damn near impossible” to get infringements she has reported removed from Spotify. Moving forward, derivative works will continue to be every DSP’s game of whack-a-mole as they try to manage take-down requests, but their future on Spotify podcasts remains unclear.