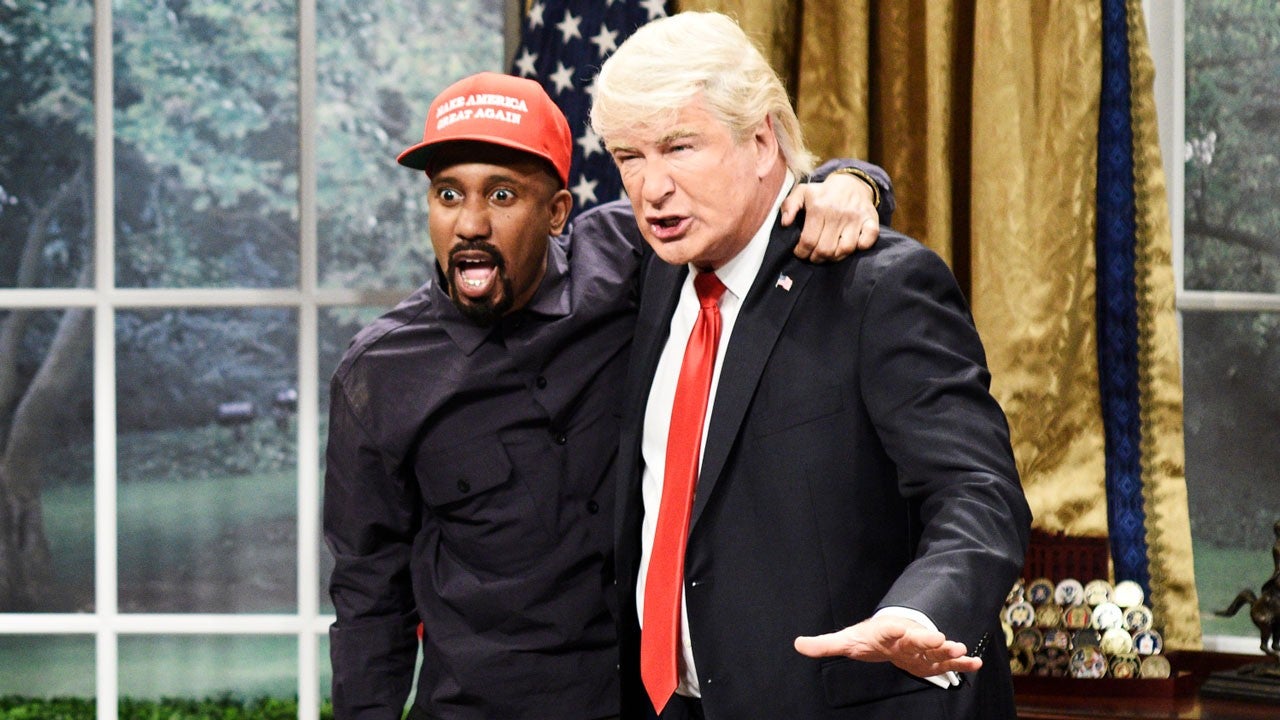 Castmember Chris Redd pulled off an incredible Kanye West impression, and kicked off the meeting when he gifted Trump with a pair of his Yeezys, which Trump really appreciated because how similar the shoes are to the president himself.

“They’re white, they’re wide, and they’re never going to be worth as much as you say they are,” Trump said, before giving the spotlight over to Redd’s West who went on a great rendition of the rapper’s rambling speech.

However, as Trump listened to West’s diatribe, he got increasingly concerned that the rapper may be a little unhinged, and eventually came to a shocking conclusion: “Oh my god, he’s black me!”

Using lines Trump himself has said during speeches in the past, SNL managed to draw a pretty impressive parallel between West and the President, which was very clear to most people who watched the real rant go down last Wednesday.

Redd’s West also made sure to give Trump a look at his special plane that would replace Air Force One. However, when he showed the president his plans, there was nothing to see because the plane “is invisible” — unlike the real West, who, in real life, showed Trump a sketch he made for an airplane that runs on hydrogen and will be made by Apple, apparently.

Sitting down with West and Trump was iconic NFL star and actor Jim Brown (played brilliantly by Kenan Thompson in his first meaty role of the season), and his concerned inner monologue provided some of the best comedy of the cold open.

Ending the sketch on a biting note, the two recreated their now-infamous hug, and Trump couldn’t help but check to make sure West didn’t steal his wallet while they embraced.

For more on Trump and West’s actual (even crazier) White House meeting, check out the video below.

Kanye West to Visit Donald Trump at the White House