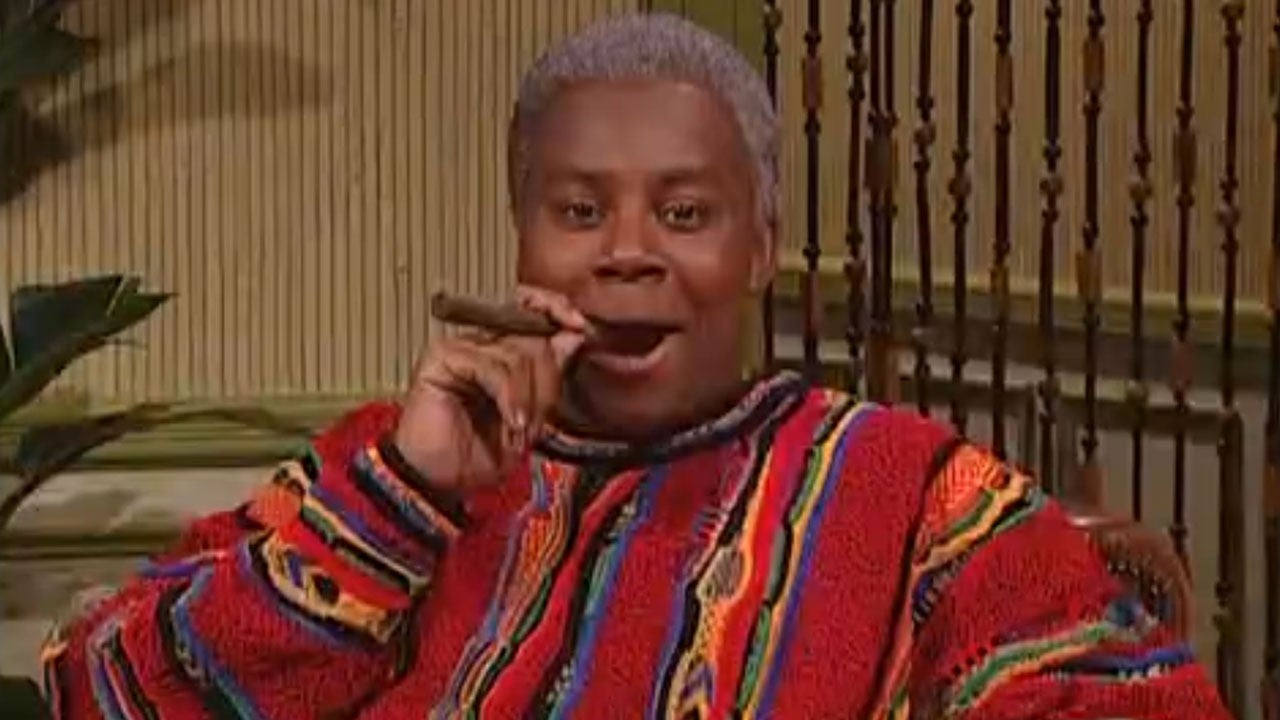 It’s been a several weeks since Bill Cosby was sentenced to prison, and Saturday Night Live took a look inside what it might be like to share a cell with the disgraced TV icon.

Host Seth Meyers, who returned to Studio 8H for the first time this weekend since taking over Late Night, played a scared prison newbie who ends up having to serve his time with Cosby — played with cartoonish brilliance by Kenan Thompson.

“On behalf of all of your fans, it’s really disappointing to be meeting you here,” Meyers said, serving as an audience analog.

After Cosby explained why he actually enjoys prison — namely because of all the access to Jello — he told his cellmate how he wanted to go down to the yard and explain to all the other prisoners how they’re living their life wrong (in a not-so-subtle reference to Cosby’s real-life “Pound Cake Speech”) and need up pull up their pants.

“I would be super interested in seeing you do that,” Meyers deadpanned.

After a guard came by to announce they’d be doing cell checks, Cosby quickly pulled out contraband from under his bunk in the form of a six-foot sub sandwich.

“They put me in jail for liking salty foods!” Cosby argued.

“That’s not why you’re in jail,” Meyer’s shot back.

However, he also asked the question some people have been asking for months: “Can’t you just die?”

Eventually, Meyers’ just asks the guard to put him in solitary confinement to get away from Cosby, leaving the old, disgraced icon to his own devices in the lonely cell.