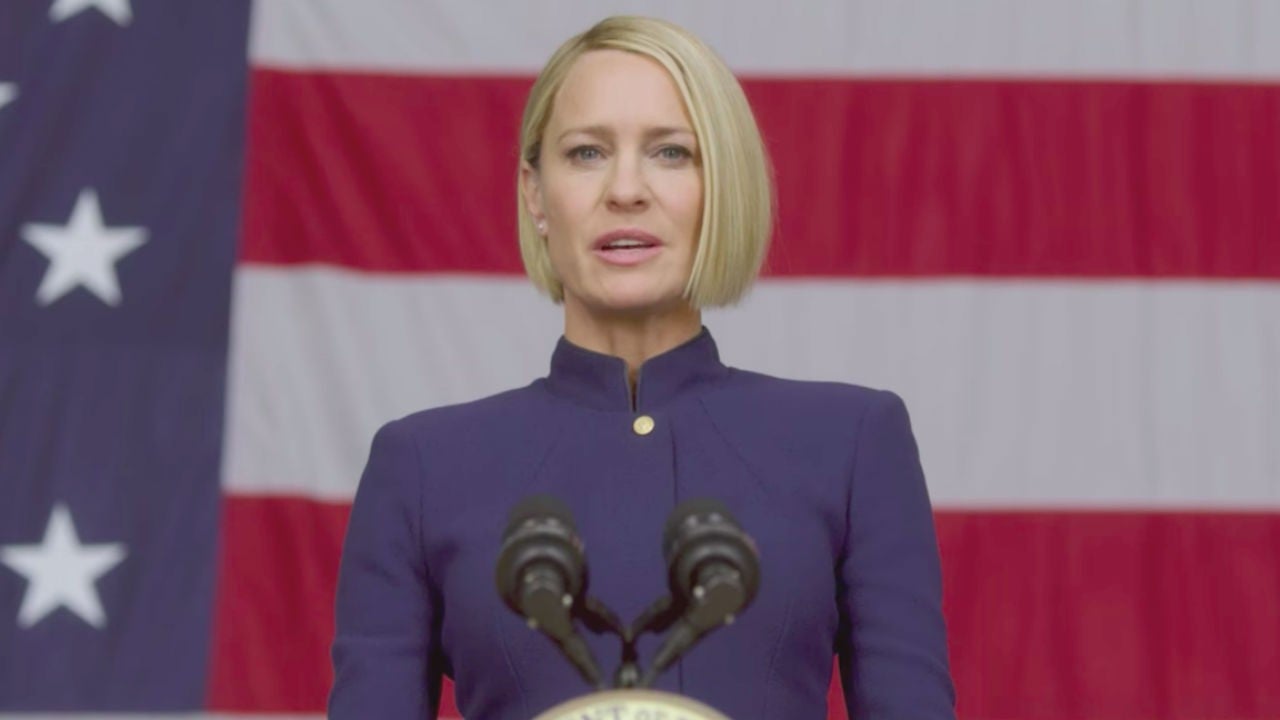 House of Cards isn’t shedding any tears over the loss of star Kevin Spacey.

The Netflix political drama made its stance on Spacey’s exit pretty clear in the latest teaser for the show’s sixth and final season.

“The reign of the middle-aged white man is over,” new president Claire Underwood, played by Robin Wright, declares.

Naturally, Claire has some opposition mostly from — you guessed it — middle-aged white men. “We’ve got to get this woman out of there!” another character is heard saying in the clip.

But Claire holds her ground, stating, “I’m not going to be told what to do anymore.”

She also addresses a crowd regarding the death of her husband, former President Frank Underwood, Spacey’s former character.

“Here’s the thing. Whatever Francis told you the last five years, don’t believe a word of it,” she proclaims. “It’s going to be different for you and me.”

Season five ended with a cliffhanger, showing Claire ignoring Frank’s call as she reconsidered their plan to give him a pardon after his resignation. As the phone rings, Claire turns to the camera and says, “My turn.”

With the gravestone reveal in a teaser released earlier this month, it’s clear that Spacey’s Underwood dies somewhere between that phone call and the start of the season.

Last November, Spacey was fired from the drama over allegations of sexual assault.

Spacey’s former co-star, Patricia Clarkson — who starred as Jane Davis, the Deputy Undersecretary of Commerce for International Trade in season five — revealed in July on The Talk that Wright led the charge to keep the show going in the wake of Spacey’s firing.

“Robin led all of this charge so that people would save their livelihoods because when the show goes away some people don’t get paid,” Clarkson said. “I think it’s gonna be a stunning, stunning new season.”

The final season of House of Cards premieres Friday, Nov. 2.