‘Rising Up at Night,’ ‘Feathers of a Father’ Win Marrakech’s Atlas Workshops Awards 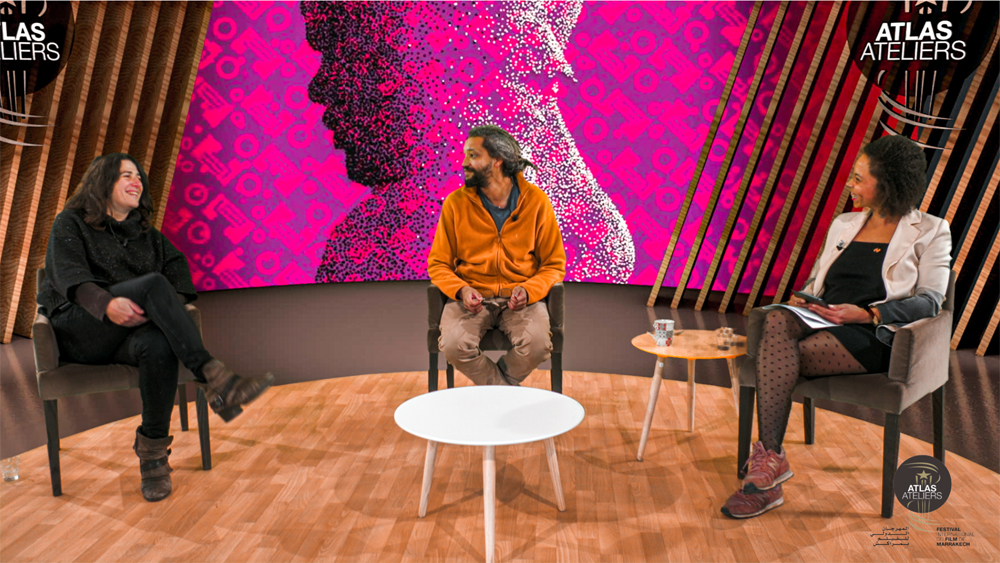 Nelson Makengo’s “Rising Up at Night” from the Democratic Republic of the Congo and Omar El Zohairy’s “Feathers of a Father” from Egypt won the prizes for films in post-production in Marrakech Film Festival’s Atlas Workshops, which is for projects from Africa and the Arab world.

Documentary feature “Rising Up at Night,” produced by Rosa Spaliviero and Dada Kahindo, follows a community in Kinshasa as it attempts to restore its electricity supply. It is set against the backdrop of a society “where violence, extreme poverty and corruption are king,” according to the director, whose “Up at Night” won the short documentary award at IDFA last year. “Rising Up at Night” won the Prix Brouillon d’un Rêve, and was selected by IDFAcademy, Berlinale Talents and Durban Film Mart.

“Feathers of a Father,” produced by Juliette Lepoutre and Pierre Menahem, charts the liberation of an Egyptian family after a magician’s trick goes wrong and the authoritarian father is turned into a chicken. The project was awarded the Baumi Development Award, and was developed with the support of the TorinoFilmLab Feature Lab and Cannes’ Cinéfondation.

El Zohairy worked as an assistant director alongside some of Egypt’s most celebrated filmmakers, among them Youssef Chahine and Yousry Nasrallah. His short film “Breathe Out” (2011) had its premiere at the Dubai Film Festival, where it won the Special Jury Prize. His second short, “The Aftermath of the Inauguration of the Public Toilet at Kilometer 375” (2014), was the first Egyptian film selected for Cannes’ Cinéfondation.

To adjust to the COVID-19 pandemic, the organizers included films whose shooting has been interrupted or postponed, which was the case of both winners.

The Artekino International Prize for a project in development, awarded by the Franco‐German channel Arte, went to Sofia Alaoui’s “Among Us” from Morocco, produced by Margaux Lorier.

Since the explosion of Latin American cinema in the 1990s, emerging cinemas are viewed as a hotbed of innovative new talent, and Arab and African filmmakers have attracted rising festival and commercial interest, due to their innovative cinematic approaches, ranging from gritty social dramas to surprising sci-fi genre pieces.

The 1.5 billion population of the African and Arab countries has not gone unnoticed to streaming giants such as Netflix, who have focused their attention on building networks and securing content in the world’s second most populous geographic zone, after Asia.

Since the Atlas Workshops launched in 2018, with the support of Netflix, projects showcased during the program have gone on to win major prizes in A-list festivals. For this reason, the program is attracting increasingly high-profile filmmakers and projects as well as festival programmers and sales agents.

This year’s third edition was held exclusively online, running between Nov. 30 and Dec. 3, with more than 300 international professionals participating, with 23 projects in development and films in production or post-production.

Moroccan professionals had individual consultation sessions in the new Atlas Station program, launched in collaboration with Dox Garage powered by Dox Box, and there were six Moroccan projects in development, presented in the Atlas Close-Ups section.

Bonhomme commented that although the main festival had to be canceled due to the pandemic, providing funding and networking opportunities for projects from African and Arab countries is more important than ever.

“For this year’s edition, we selected filmmakers already identified by the industry, such as Alaa Eddine Aljem, who premiered his debut film ‘The Unknown Saint’ at Cannes Critics’ Week or Joel Karekezi, whose debut feature ‘The Mercy of the Jungle’ was awarded at Fespaco,” Bonhomme said.

Bonhomme added that these established talents were complemented by promising newcomers such as Moroccan filmmaker Sofia Alaoui and Algerian director Dania Reymond-Boughenout.

The program is headed by Thibaut Bracq – a former programmer at the Festival Premiers Plans d’Angers, who developed Cannes’ La Fabrique program. He said that the Atlas Workshops brought a welcome boost of energy and funding for participants.

“Our first focus was to be as supportive as possible for the Moroccan, Arab and African industry. This year’s challenge was also to adapt the content of our workshops to the digital format,” Bracq said. “We decided to focus on the projects by offering more mentoring sessions to the selected directors. Our virtual market was a success with more than 350 one-to-one meetings booked during one day and a half. This active participation shows the growing interest of the international industry in Arab and African filmmaking talents.”

Marrakech fest’s general coordinator, Ali Hajji, underlined the growing importance of the Atlas Workshops for the overall region, including its catalyst effect for local Moroccan films.

Hajji said: “For this edition, we also wanted to have a special focus on Moroccan cinema and especially the whole new generation of directors who share a certain ambition to explore new territories whether in burlesque, fantasy or social, in addition to sharing a desire to address international audience.”