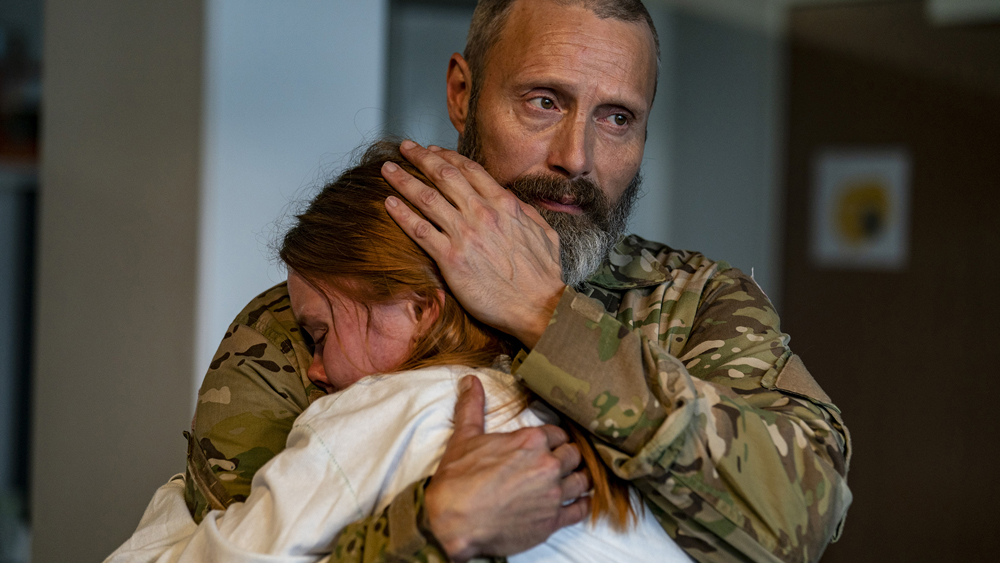 Anders Thomas Jensen’s action comedy “Riders of Justice,” starring Mads Mikkelsen, will open the 50th International Film Festival Rotterdam. The festival will be staged in two parts this year: the first, in a hybrid format, running Feb. 1-7, and the second, hopefully a physical event, June 2-6. The awards ceremony will take place on Feb. 7.

In “Riders of Justice,” Mikkelsen plays Markus, a military man who returns home to look after his daughter Mathilde following his wife’s death in a train accident. At first it looks like she was the victim of a tragic piece of bad luck, but then mathematics geek Otto (Nikolaj Lie Kaas), a fellow passenger on the train, shows up with his two eccentric colleagues, Lennart (Lars Brygmann) and Emmenthaler (Nicolas Bro), and floats the theory of a possible murder conspiracy. The film plays in the Limelight section.

Jensen is Denmark’s top screenwriter, with credits that include “After the Wedding,” “Brothers” and “Mifune.” He won an Oscar for his 1998 short film “Election Night.” He returns to the director’s chair after his 2015 film “Men and Chicken.”

Sixteen films have been selected for the festival’s Tiger Competition, which was revealed Tuesday. Fourteen films are world premieres and the other two are international premieres.

Festival director Vanja Kaludjercic said: “In a year like no other, filmmakers have gone above and beyond to complete works in challenging circumstances, and there has been no shortage of great films looking for a home at IFFR.”

She said the edition’s Tiger Competition, Big Screen Competition, and the Ammodo Tiger Short Competition, “encapsulate IFFR’s spirit as a platform for the discovery of visions that pique our curiosity and capture our imagination. The sheer determination of these striking new voices is exhilarating.”

The February program will also include conversations with leading filmmakers, including Kelly Reichardt. She is the recipient of the festival’s Robby Müller Award, bestowed on a director of photography, filmmaker or visual artist who has “developed an authentic, credible and emotionally striking visual language throughout their work.” Reichardt’s latest feature, “First Cow,” which plays as part of Rotterdam’s Limelight lineup, has emerged as a potential Oscar contender in the U.S.

Reichardt made her feature debut with 1994’s “River of Grass,” which competed for Sundance’s Grand Jury Prize. In 2006, she became the first American to win Rotterdam’s Tiger Award with “Old Joy.” Her other films include 2010’s “Meek’s Cutoff” and 2013’s “Night Moves,” which both played in Venice competition. “First Cow” premiered in competition at Berlin, and has received nominations at critics’ awards in Boston, Chicago and New York, among others.