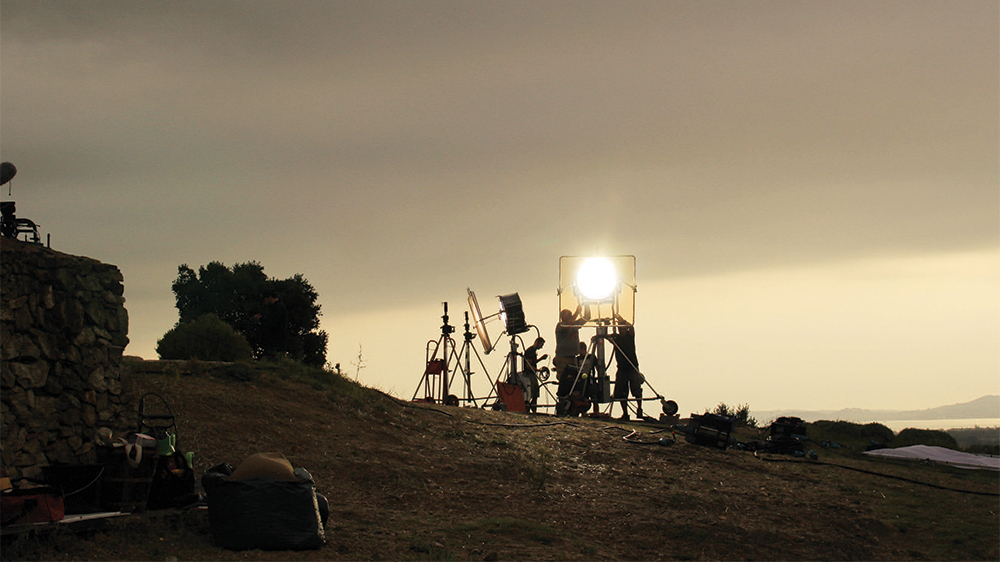 While some international film and TV production professionals are simply relieved that they were able to return to filming this year, in spite of the pandemic, many are looking ahead to see what can be improved in the sector.

This positive mindset has been adopted by the folks behind Focus, the international production show that runs Dec. 15-17 online from London. The sixth edition of the conference and exhibition event — which is free to attend and has Variety as its media partner — will look at enhancements that can be made in the production arena, running under the banner Future Proofing the Screen Industries.

Also being presented is Variety Streaming Room: The Big Restart, the latest in its series of online panel discussions. Leading producers from France and Poland will be taking part in the two sessions, which will both air Dec. 9, discussing the opportunities that exist for international filmmakers in their countries.

“The pandemic has given the industry the opportunity to rethink certain things that we took for granted,” says Focus managing director Jean-Frederic Garcia. In one keynote, agent Sara Putt, who represents heads of department in crews, will look at the lessons learned while the sector figured out how to restart, and the changes she would like to see happen.

Another session will be dedicated to the predicament of freelancers, many of whom found themselves without financial support for weeks on end while shooting was halted. “The pandemic has highlighted how vulnerable those people are,” Garcia says. “It’s intolerable that they should be in such a precarious situation.” A culture in which freelancers are considered dispensable should be replaced with one where “their skills are nurtured and they are given more support,” he says.

Another session, led by British training agency ScreenSkills, will look at how freelancers can upgrade their skills, and new talent can be brought into the industry, especially from groups that are underrepresented. Most film and TV crews are woefully lacking in diversity, and in a keynote by Pat Younge, managing director of Cardiff Prods., he will look at how welcoming the industry is to Black people.

Focus is U.K.-based and the content of the conference has been shaped with the help of leading industry bodies in the country, such as the producers’ body Pact, the British Film Institute and Film Commission. The production sector is booming and made a rapid return.

Professionals from other countries are keen to discover how that happened.

“Most of our [international] audience wants to know how the U.K. coped with the pandemic,” Garcia says. “It has had great support from the government. It’s not that the U.K. is the best in the world and everybody should follow their example, but they are doing many things right.” The U.K. is not without its challenges, and its imminent break with the Europe Union will be examined in a session led by Samantha Perahia, head of production at the British Film Commission.

The event also has a number of sessions that take a more international perspective, including a couple on film financing. Phil Hunt, managing director of financier Head Gear Films and sales company Bankside, will look at how producers can think more laterally when seeking financing solutions.

Producer and consultant Ilann Girard will hold a workshop that outlines why producers should be thinking more about co-productions as a means.

The event’s other keynote speaker is Michel Plazanet, deputy director of international and European affairs at France’s national film agency CNC. He will explain how his organization has supported the French industry during the pandemic, and the opportunities that exist for international producers to work with a French partner.

Garcia says even though the event will be virtual this year it stays true to the idea that lies behind its inception: to provide a “space for everybody to meet, talk and get-together.” The digital format does offer one advantage: usually 80% of the visitors to the show are from the U.K., but this year Garcia believes they’ll be far more international guests — 53% of those registering were from outside the U..

kAnother innovation this year is the inclusion of the first-ever edition of the Makers and Shakers Awards, which celebrates excellence in global production. The winners will be announced during a virtual ceremony on Dec. 14.