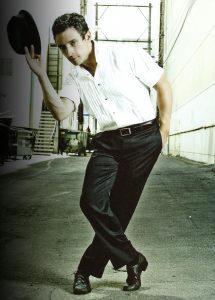 The New York Performing Arts Academy’s 4-Week Musical Theater Intensive offers artists the ability to develop their skills by studying with seasoned working professionals in their respective disciplines. Members enrolling in the 4-Week Musical Theater Intensive will work directly with Rick Faugno.  This intensive will meet twice weekly—Monday & Wednesday from 4:30 pm-6:30 pm for a total of 4 weeks.

Mr. Faugno has performed across the country, at every major theater, from Carnegie Hall to the Kennedy Center, from the Chicago theater to San Francisco’s Curran. He was recently seen on Broadway in “Kiss Me Kate” (his 7th Broadway show, for which he was nominated for a Chita Rivera Award).

Rick is also the recipient of a Fred Astaire Award for Roundabout’s “On The 20th Century” and the Best Singer Award for the role of Frankie Valli in the original Las Vegas production of “Jersey Boys.” He has also been seen on many TV shows, including The Newsroom, The Following, America’s Got Talent, Conan O’Brien, and more.

He also received the Best Performance award, at the Orlando Film Festival, for his role in the film Virgin Alexander.  Last summer, he choreographed A Chorus Line at the Cape Playhouse in Cape Cod. This summer, he will be returning there to choreograph Grease and play the role of Vince Fontaine.

Students receive practical training related to the business side of the industry. They will leave the program much better equipped to handle the entertainment industry’s competitive job markets across the globe.