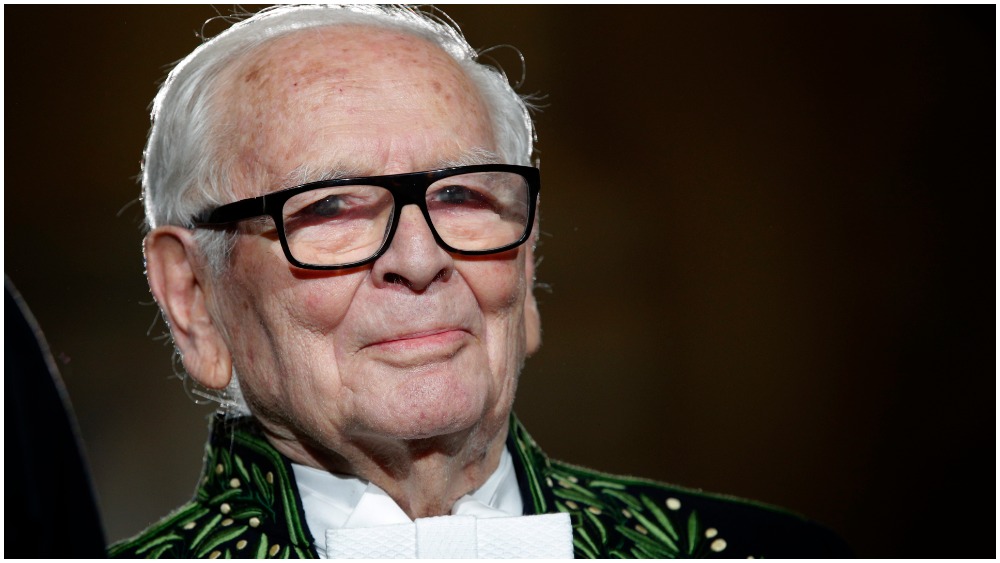 Pierre Cardin, the French designer and branding pioneer whose career spanned more than 60 years, has died. He was 98.

Cardin died at the American Hospital in Neuilly-sur-seine, near Paris. His family announced his death on Tuesday.

The son of Italian immigrants, Cardin saw his career take off in the late 1950s. He became widely known for democratizing luxury by diving into ready-to-wear fashion and becoming the first designer to have his clothes sold at department stores.

He was also the first designer to brand his name and tap into merchandising, notably perfumes and accessories. Nearly seven decades later, Cardin’s brand is now distributed across more than 100 locations around the world, according to French reports.

“[It’s] a day of immense sadness for our entire family; Pierre Cardin is gone. A great designer, he went through a century leaving France and the world a unique artistic heritage in fashion [and more],” said Cardin’s nieces and nephews in a statement.

“We are all proud of his tenacious ambition and the audacity he showed throughout his life. A modern man with multiple skills and an inexhaustible energy, he took part early on in the [globalization of fashion],” continued the statement.

Before launching his first fashion house in the 1950s, Cardin dipped his toes in the film world, designing the costumes and masks for Jean Cocteau’s cult film “La Belle et la Bête” (The Beauty and the Beast) in 1945. He then worked for Christian Dior.

Cardin was recently profiled in P. David Ebersole and Todd Hughes’ 2019 documentary “House of Cardin,” which premiered at the Venice Film Festival.