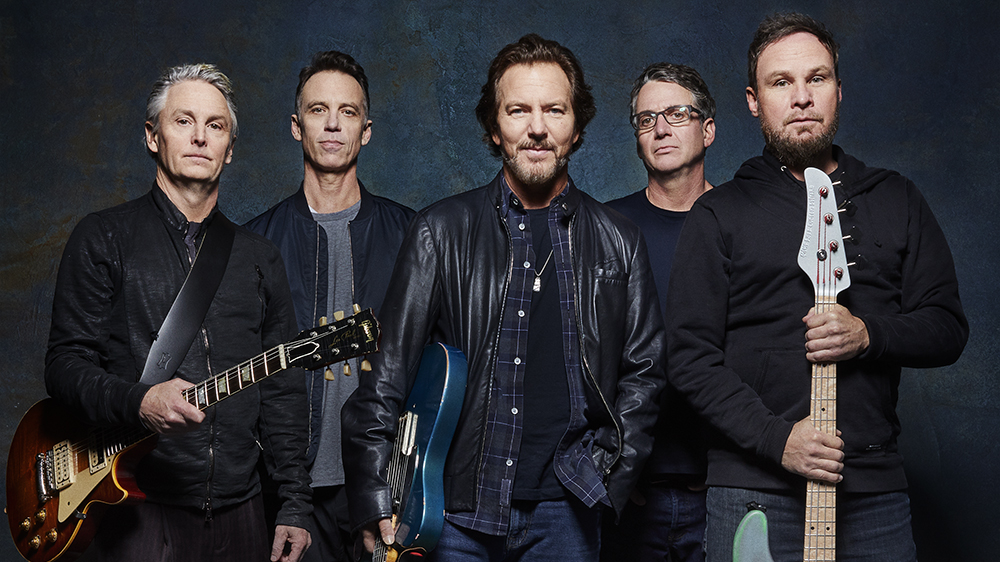 Kelly Curtis, who has managed Pearl Jam since its 1990 formation, has retired. Curtis, 64, stepped away from his role in August but did not make any official announcement at the time, Variety can reveal. Longtime Pearl Jam tour manager Mark “Smitty” Smith has assumed managerial duties for the Seattle-based 2017 Rock and Roll Hall of Fame inductees.

The son of legendary Las Vegas entertainment publicist Mark Curtis, Curtis grew up watching icons such as Frank Sinatra and Sammy Davis Jr. perform. When in grade school, he established life-long friendships with future Heart principals Ann and Nancy Wilson and with them attended the Beatles’ 1966 concert at the Seattle Centre Coliseum. Years later, Curtis introduced Nancy Wilson to journalist Cameron Crowe, and the pair eventually married in 1986.

By his early 20s, he was fully immersed in the world of rock ’n’ roll touring, serving as a roadie for Heart. It was while working at a Seattle events company that Curtis began managing the Seattle rock band Mother Love Bone in the summer of 1988. Fronted by lead singer Andrew Wood, the group also featured guitarist Stone Gossard and bassist Jeff Ament, who had recently exited local scene fixtures Green River. When major labels began sniffing around, Ament turned to Curtis, whom he casually knew, for advice.

“They didn’t know anybody that had any kind of connections in L.A. with lawyers, managers or record companies,” Curtis told me for the 2011 book Pearl Jam 20. “I’d come from the Heart background, which didn’t seem to make obvious sense to any of us, other than that I’d had some experience in the music business. The deal was, would I help them meet some people? I said, ‘Sure.’ So we took a trip to L.A. to set up some meetings with lawyers and labels. I’m not sure if we met with managers or not, but it kind of just revealed itself over time that I should just be doing it. We were getting along well enough to just keep it going. It just kind of naturally evolved.”

Mother Love Bone signed with PolyGram and finished its debut album, “Apple,” by the end of 1989. But on March 19, 1990, Wood died of a drug overdose, less than a month shy of the album’s intended release. Gossard and Ament processed their grief by writing songs with Soundgarden frontman Chris Cornell, one of Wood’s best friends. With local guitarist Mike McCready and Soundgarden drummer Matt Cameron in tow, the musicians recorded this material under the moniker Temple Of The Dog, unsure of what would happen next.

Within a few days, an unknown singer from San Diego named Eddie Vedder was in Seattle rehearsing with Ament, Gossard, McCready and drummer Dave Krusen as Mookie Blaylock, and by the end of the year, he had moved there permanently. Meanwhile, having befriended lawyer Michele Anthony and PolyGram A&R man Michael Goldstone during the Mother Love Bone days, Curtis signed the band to Epic after Anthony and Goldstone both wound up taking jobs there.

By March 1991, Mookie Blaylock had been renamed Pearl Jam and had begun recording its Epic debut, “Ten,” which was released Aug. 27. Although a slow seller at first, the album spawned alternative radio smashes such as “Alive,” “Jeremy” and “Even Flow” at the height of the Seattle-driven grunge movement and eventually went 13-times platinum.

Curtis, who rarely gives interviews and has been known to take pride in the dearth of photos of himself circulating online, deftly guided the strategy behind the scenes, helping Pearl Jam manage its explosive mainstream breakthrough without compromising its members ideals or sanity.

However, this period would become forever associated with the band’s protracted battle with TicketMaster, which Pearl Jam asserted was unfairly influencing its ability to set ticket prices and perform in the venues of its choice. Representatives from the US Justice Department convinced the band to file a memo with the department’s antitrust division, which led to Ament and Gossard testifying before a congressional hearing on June 30, 1994.

Although the investigation was dropped in June 1995, the skirmish led Pearl Jam to tour in non-traditional venues throughout that year and into 1996.

By the early 2000s, Pearl Jam was firmly entrenched as one of the most popular rock bands in the world. Always looking to strengthen the band’s connection with its diehard fanbase, Curtis worked with the group to develop the concept of an authorized bootleg program, which in 2000 saw the simultaneous release of 72 live concerts via Epic. The series continues to this day and is frequently spotlighted on Pearl Jam’s own SiriusXM channel, which launched in 2010.

Curtis’ last major project with Pearl Jam was the campaign behind its new album, “Gigaton,” which debuted in March at No. 5 on The Billboard 200. The group planned to support it with an international tour, which was scotched by the COVID-19 pandemic.

Beyond Pearl Jam, Curtis also worked with Alice In Chains early in its career, Black Crowes frontman Chris Robinson and Yusuf Islam, the artist formerly known as Cat Stevens. He was an early supporter of social activist organization Global Citizen, with whom he developed a program to reward young activists with free concert tickets and endowed a scholarship under his name to empower students from underserved communities.

Curtis is also serving as a producer on the Broadway adaptation of Crowe’s beloved 2000 film “Almost Famous.”