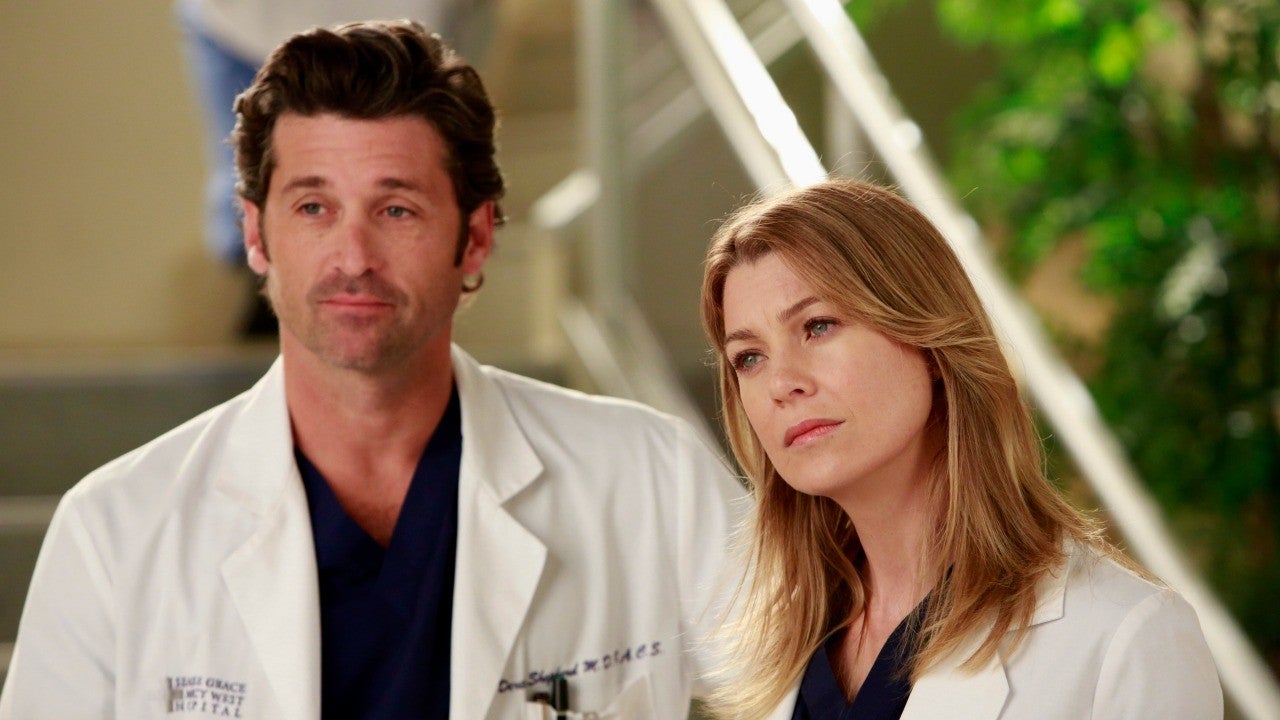 Patrick Dempsey has nothing but love for Ellen Pompeo and the Grey’s Anatomy cast.

It’s been over three years since McDreamy’s bittersweet farewell in 2015 and ever since Derek Shepherd’s death (we’re still in mourning!), it’s been a tough go for Meredith Grey in the romance department at Seattle Grace. Pompeo addressed as much in a recent interview with Entertainment Weekly, calling Dempsey “a tough act to follow.”

“That’s a wonderful compliment and thank you,” Dempsey told ET’s Katie Krause in an exclusive sit-down interview at the Dempsey Center in Lewiston, Maine, praising his onscreen chemistry with Pompeo. “That was a very special bond that just — there was a magic to our connection and that’s special.”

“I think it started with the original cast and the length that it has and the new people that have come in, and it’s amazing and it’s continuing to affect so many people and to really be a strong part of so many people’s lives,” the 52-year-old actor continued. “You’re a part of television history. It’s really remarkable.”

The Dempsey Center, which provides a personalized approach to cancer prevention, education and support, and offers services at no cost to those impacted by cancer, opened on March 31, 2008, just a few years after Grey’s debuted. Dempsey said playing a TV doctor and being on a medical drama for over a decade didn’t “consciously” inspire him to open the center. “But I think it allowed people to look at me in a different way. And then you have to step up and become that person in many ways. And it’s made me a better person because of that,” he shared.

“I think also too, the show has been on for 15 years, which is remarkable and they are beginning their season right now, and I wish them a lot of luck and continued success,” Dempsey added. “And I see people from around the world that have now been inspired to become doctors and younger people who are now just discovering the show who want to go into the medical profession and I think that that is the greatest legacy with everybody at Grey’s.”

These days, Dempsey is still acting but enjoys being behind the camera just as much. He’s a producer on the upcoming film adaptation of the 2008 Garth Stein novel, The Art of Racing in the Rain, starring This Is Us’ Milo Ventimiglia and Amanda Seyfried. “I had so much time in front of the camera with Grey’s Anatomy. I’m enjoying the producing. It’s nice to be watching Milo on his ascent and the success of that show,” he said of Ventimiglia. “There are a lot of parallels he and I have.”

And Dempsey credits his time on Grey’s for preparing him for growing his interest behind the scenes.

“I learned a lot from my experiences on Grey’s,” he said, reflecting on his 11-season run on the ABC medical drama. “About what an actor needs and what it’s like after 10 years. You see a lot of the cast members who are directing now and they always make the best directors, like Kevin [McKidd] and Chandra [Wilson] and Ellen [Pompeo], I think is directing now too, which I think is really good.”

Dempsey says the Dempsey Center has “absolutely” changed his perspective with what he does on a daily basis when it comes to his Hollywood career.

“Who you work with and why you work with them. It’s a gut check and you also need to continue to grow and to stretch and that’s true for us in our programs and the people that come through,” he said. “Emotional wellness, physical wellness, all those things at play here and these are the big issues that are important in life: giving back, compassion, love, understanding and empathy. Sometimes we lose that in the world and we’re in now with so much partisanship.”