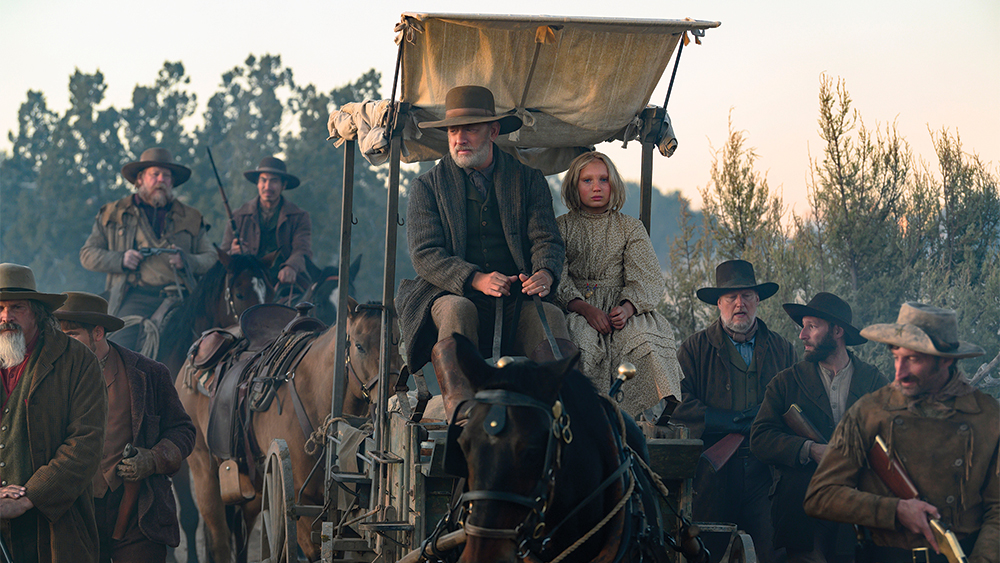 “When I get a call saying, ‘Do you want to do a Western?,’ my answer is always yes,” says “News of the World” composer James Newton Howard. “I love Westerns.”

Previous horse dramas for the eight-time Oscar nominee have included “Wyatt Earp” and “Hidalgo.” His collaboration with director Paul Greengrass was his first, and he visited the New Mexico location during shooting more than a year ago.

“The New Mexico desert is always inspiring,” Howard says. “The vistas are limitless and magnificent, and the silence was fantastic. It was one of my few visits to a set that I really enjoyed.”

Yet, Howard admits, “It took a while to find the voice of the movie.” Greengrass sought a “broken sound,” he says, reflecting the feeling of post-Civil War America, and asked for authentic 19th-century instruments to convey the period and South Texas locale. Fiddles, guitars and banjos are heard, along with mandolin, bass harmonica and the ancient viola da gamba, all giving the music “a jagged, tattered, rough-hewn edge,” says the composer.

He also uses a 70-piece orchestra and electronics for the darker experiences of newsman Captain Jefferson Kidd (Tom Hanks) and the Indian-raised white orphan Johanna (Helena Zengel) he shepherds to her only living relatives.

Howard’s theme for Kidd has an almost hymn-like feel. “This is about a man who has deep feelings of guilt and is kind of lost, struggling to get through his life. This gospel-like theme evolved,” he adds, “and that was the heart and soul of the music,” often voiced by piano.

Johanna is scored less melodically and more texturally. “She’s quite a mysterious character for much of the movie,” he says. “What is she thinking about? Which life is she missing? Does she long to be back with her people again?” This led Howard to use authentic chants of the Kiowa people as a subtle backdrop in one scene.

“It’s mostly a quiet score,” Howard says. “There are not a lot of places to flex your epic Western music muscles.” But one such moment emerges as Kidd and Johanna are on the road to Dallas — a toe-tapping wide-open-spaces theme for guitar, banjo and orchestra that returns in the film’s end titles.

It was a pandemic score in that much of the work was accomplished remotely: Greengrass was in Oxfordshire, editor William Goldenberg in London, Howard at his studio in Santa Monica. They met weekly via Zoom and sent musical demos back and forth across the internet.

With no American studios available in late June, Howard recorded his orchestral score at London’s Abbey Road, with veteran Gavin Greenaway conducting. Strings were recorded separately from the brass and woodwinds in the legendary studio’s largest room, Studio One.

Howard worked for “three or four months” on a score that runs more than 90 minutes. Asked how he was able to suggest the sound of the Old West, from church hymns to trail songs, so accurately, he replies: “I’m just an old half-Jewish cowboy.”