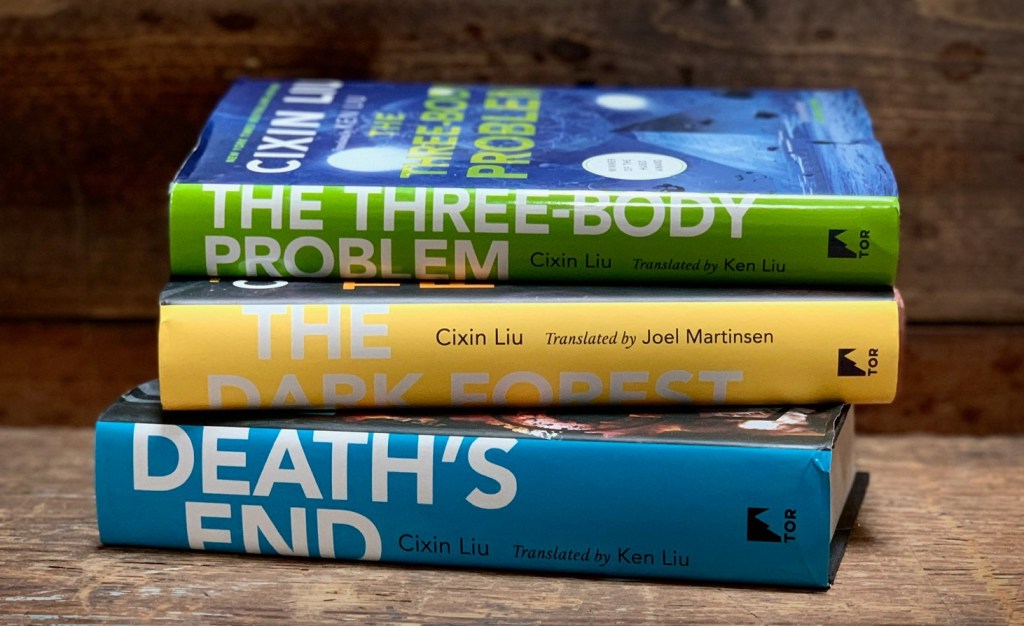 Lin Qi, the billionaire CEO of Chinese video-game publisher Yoozoo set to executive produce the upcoming Netflix sci-fi series “The Three-Body Problem,” died at 39 on Christmas Day Friday amidst an investigation into whether he was murdered by poison.

Lin was an executive producer alongside “Game of Thrones” creators David Benioff and D.B. Weiss on the high-profile English-language adaptation of novelist Liu Cixin’s “Three-Body Problem” trilogy for Netflix, announced in September. The platform had acquired the adaptation rights from Yoozoo, which itself nabbed the IP back in 2015 and is at work on other Chinese adaptations of its own through an affiliate called The Three-Body Problem Universe, led by CEO Xu Yao.

Local reports had previously speculated that Lin had been poisoned via aged pu’er tea, but this no longer appears to be the consensus.

The China Economic Weekly, a magazine with ties to the People’s Daily, mouthpiece of the ruling Communist Party, said that Xu is suspected of having poisoned Lin due to “work disputes” that resulted in the former’s salary being cut. He may have administered the poison via medication, it added.

A doctor surnamed Zhou who attended to Lin was cited by other outlets on Saturday as saying the executive had eaten blueberries the day he fell ill, but it remains unclear whether they were a source of poison. Zhou speculated that based on his symptoms, Lin may have encountered a neurotoxin like the deadly tetrodotoxin found in puffer fish. At least two other outlets said he may have been hit with a cocktail of different poisons.

Shanghai-headquartered, Shenzhen-listed Yoozoo said in a Friday statement that it had received notice of Lin’s passing via his family. It did not specify a cause or provide further detail.

“The board of directors gives its highest respects to the chairman for his contributions to the firm,” it said, adding that Yoozoo executives and employees felt “deep grief and mourning, and send their sincere condolences to the family.”

As of 2AM on Saturday, piles of bouquets of white flowers and candles arranged in a heart shape had been left outside the company’s entrance in remembrance.

A message emanating from Lin’s account had posted a final missive to a company-wide social media group chat that quoted Steve Jobs, reports said. It read: “‘I would trade all of my technology for an afternoon with Socrates.’ Goodbye, kids.”

Yoozoo was ranked the ninth highest grossing game publisher in the country last month, according to data from Sensor Tower. It is known abroad for having developed the smartphone and PC game “Game of Thrones: Winter is Coming,” based on Benioff and Weiss’s HBO series.

Shanghai authorities said Wednesday that they had received a report last week of a 39-year-old man surnamed Lin who appeared to have been poisoned, and had subsequently detained a suspect surnamed Xu.

Although neither victim nor perpetrator were referred to by their full names, Chinese reports identified the victim as Yoozoo’s Lin and the suspect as his colleague Xu Yao.

Yoozoo said in its own Wednesday statement that Lin had checked himself into the hospital on Dec. 16 after he “developed acute symptoms of illness,” but was still a stable condition and making “clear progress” in his recovery.

That did not turn out to be the case.

He arrived at hospital on Dec. 16 barely able to walk with a “very painful expression of acute illness” on his face, the doctor Zhou said, was taken immediately to the ICU, where he had to be resuscitated after his heart stopped.

He was transferred to a second hospital but already appeared to exhibit signs of brain death as early as Dec. 17, although a formal diagnosis was not yet made, Zhou added.

Although police had managed to quickly detain the suspect, Xu did not name the exact type of poison or poisons used in time to help in Lin’s recovery.

Lin founded Yoozoo in 2009, and had amassed a net worth of some $1 billion (RMB6.8 billion), according to the Hurun China Rich List. He was the company’s largest shareholder, owning 23.99% of shares — down from the 34.8% he held as of July 2019. Between January and April of this year, Lin reduced his holdings in Yoozoo eight times to cash out $41.3 million (RMB270 million), according to Chinese outlet AI Finance and Economics.

He helped the company, which got its start in online games, navigate the difficult transition of shifting towards mobile games over the past decade, despite rising competition. But moving into film production has proved a bit more difficult. The firm had initially said back in 2015 that it planned to spend $183 million (RMB1.2 billion) to turn “The Three-Body Problem” novels into six different films, but those goals have yet to materialize.

Lin’s passing leaves an opening on Yoozoo’s nine-person board of directors, which it will seek to fill as soon as possible, the firm said, adding that it continues its operations.

A Chinese finance outlet wrote that the case had left people around the world stunned at how “the kind of plot that only tends to appear in film and TV works has happened in real life.”