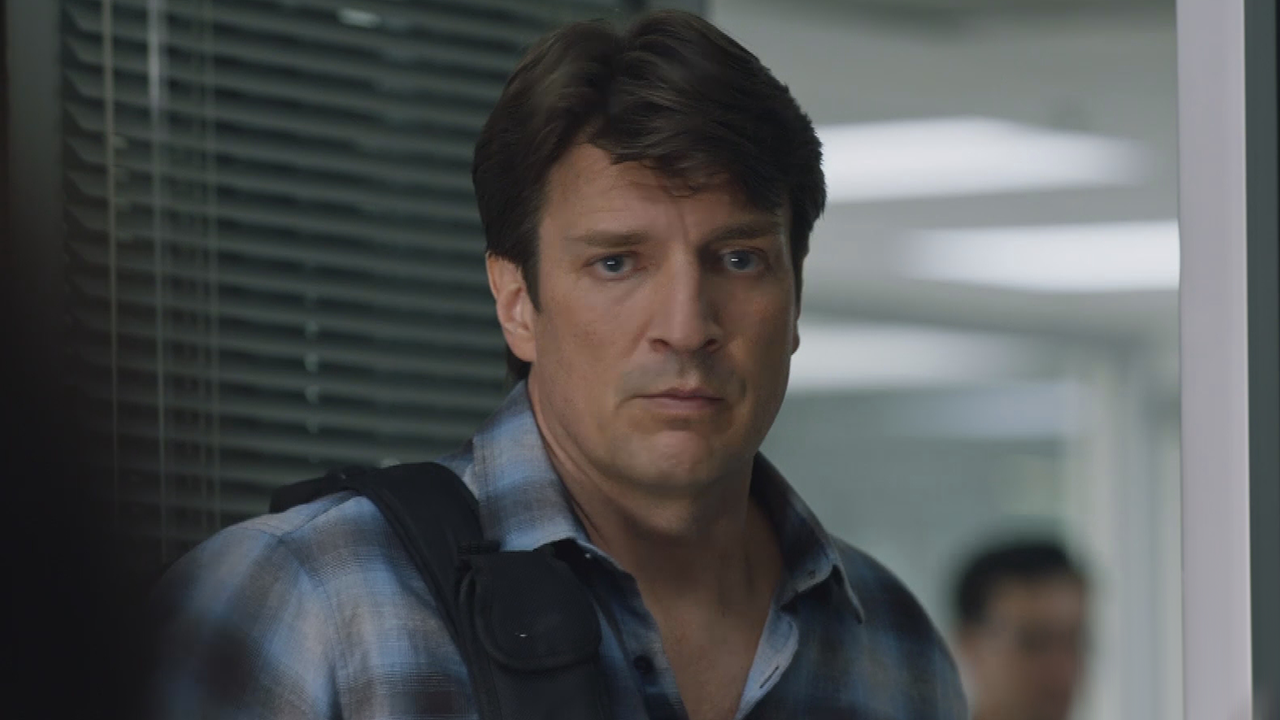 Nathan Fillion is starting over.

The TV veteran leads ABC’s upcoming freshman drama, The Rookie, where he plays John Nolan, the oldest rookie cop in the Los Angeles Police Department, and only ET has the exclusive sneak peek from the series premiere.

Following a life-altering incident, small-town guy Nolan decides to pursue his dream of becoming a LAPD officer, but as the oldest rookie ever, he’s met with skepticism from his fellow officers and higher-ups, who believe he’s going through a midlife crisis. There’s an element of risk to bringing Nolan aboard, too. If he can’t keep up with the cops and criminals, he’ll be risking lives — including his own.

In ET’s exclusive clip, Nolan races in to Captain Zoe Andersen’s (Mercedes Mason) office on his first day as a member of the new rookie class, thinking he’s late to his orientation. But when he arrives at her office, he quickly realizes his new cop colleagues pulled a fast one over him.

“Officer John Nolan, reporting for… duty…,” Nolan says out of breath, before it dawns on him that he’s the only one present in the room.

“Did you get punked, Officer Nolan?” Andersen says, amused.

“No ma’am. I just…,” Nolan tries to cover up his mistake, but Andersen is too smart not to know that he is the victim of their latest prank. Instead of letting him go, she has a few questions of her own.

“Your file confuses me, Nolan,” she says. After all, why does someone his age want to begin a new chapter in a dangerous line of work? “Penn State, pre-law, but then 20 years in construction. You got solid marks at the academy, certainly have a work ethic, a cholesterol level I’ve never seen in a rookie.”

“I’m something of a pioneer,” Nolan jokes, hoping to break the tension.

“Do you think this is a joke?” Anderson asks.

“No ma’am. I’m here to work and I won’t let you down,” he replies, but she’s not so sure about that.

When she tells him that role call is about to start in under 5 minutes, his nervousness begins to show as it becomes apparent he may be cutting it very close — and that’s certainly not a good way to kick things off on Day 1. Watch ET’s exclusive sneak peek above.