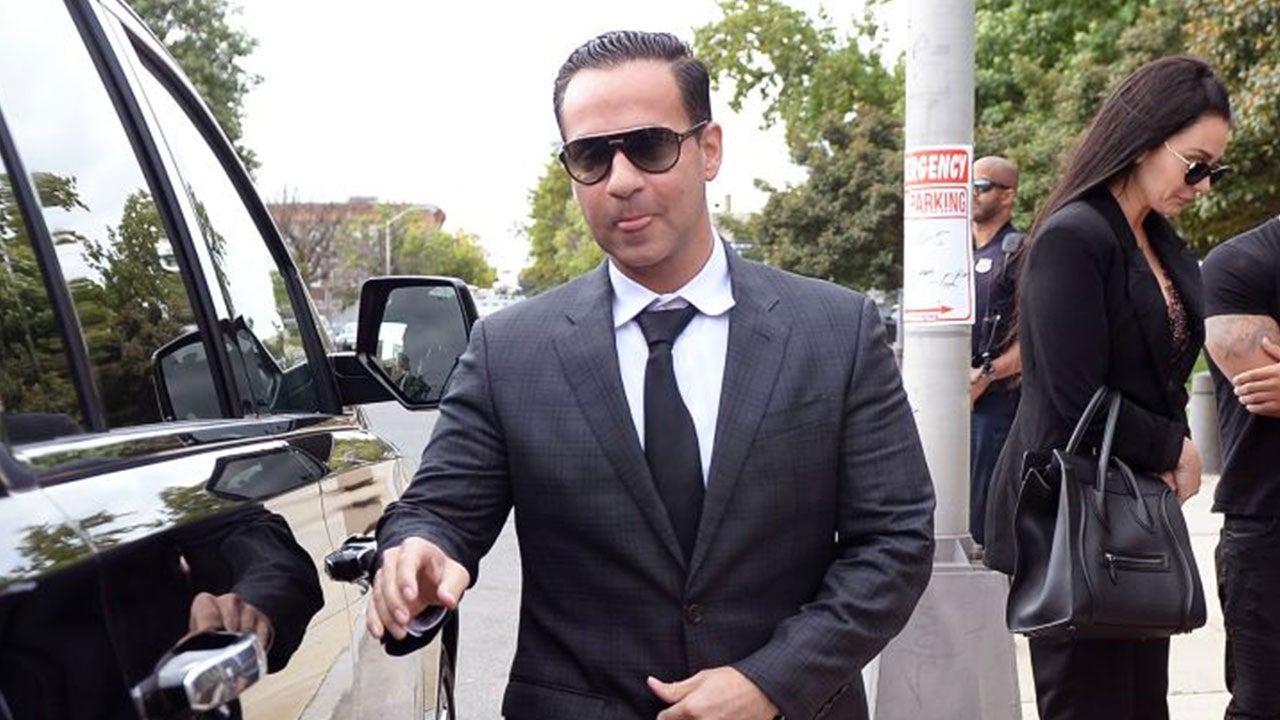 Mike Sorrentino is making the best of this situation.

The Jersey Shorestar broke his silence on Instagram on Friday, after he was sentenced to eight months in prison and two years of supervised release for tax evasion.

Sorrentino’s Jersey Shore co-stars, Nicole “Snooki” Polizzi, Vinny Guadagnino, Deena Cortese, Pauly “DJ Pauly D” DelVecchio, Jenni “JWoww” Farley, Ronnie Ortiz-Magro and Angelina Pivarnick were all spotted outside the federal courthouse in Newark, New Jersey, where Sorrentino was sentenced on Friday. The reality star, whose fiancee, Lauren Pesce, was also by his side, couldn’t help but thank his friends and fans for their support.

“We are very happy to put this behind us. Thank you So much for all the Love & Support 🙏🏻,” Sorrentino wrote.

In a statement to ET following his sentencing, Sorrentino’s attorney, Henry Klingeman, said: “Michael accepts the court’s judgment. He is looking forward to marrying his college sweetheart, Lauren Pesce, next month, and moving forward together after he serves his sentence.”

“He’s very positive despite the sentence because his commitment to recovery is genuine,” Klingeman added. “He wasn’t surprised by the sentence but disappointed because no one wants to go to prison.”

Sorrentino’s brother, Marc, was sentenced to 24 months in prison and will have to pay restitution in addition to a $75,000 fine that must be paid within 30 days. He will also be under supervised release for one year following his sentence.

As ET previously reported, Sorrentino and his brother pleaded guilty to tax evasion in January. Both were initially indicted in September 2014 for tax offenses, with additional charges added in April 2017.