Migos’ Offset Detained by Police After Run-In With Trump Supporters 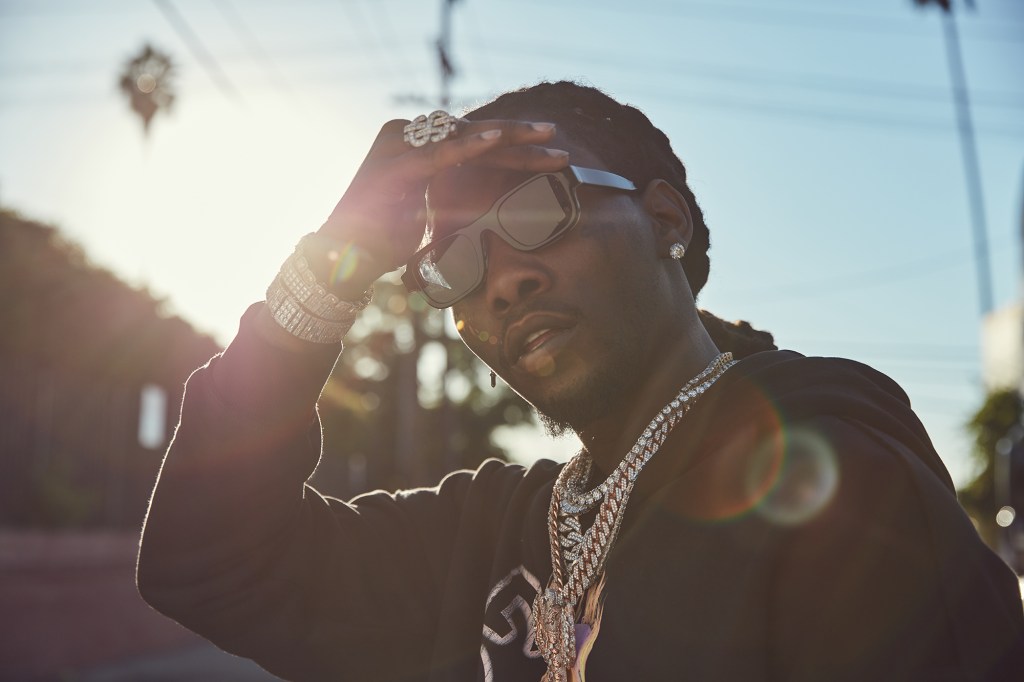 Rapper Offset of the group Migos was detained Saturday in Beverly Hills in an incident that reportedly involved Trump supporters who were marching in the area.

Offset broadcast part of the incident to 30,000 people live on Instagram, after Cardi B, his wife, posted footage of the Trump supporters walking in Beverly Hills.

Police confirmed that Marcelo Almanzar, 20, who shares Cardi’s last name and TMZ reports is her cousin, was detained in an incident fitting that description. The report does not mention Offset; he was apparently briefly detained and released.

“We were told that you guys were waving guns at people,” an officer can be heard saying in Offset’s video, while he repeatedly declines their requests for him to exit the car.

“You just watched somebody beat my car up with a flag. What are you talking about?” he responds.

He declines to open the car door and finally officers reach in and do it themselves, as he repeatedly states their actions are illegal.

“I don’t like this sh–, look at this, look how they walkin’ around with fake guns,” Cardi is heard saying in her video, complaining about the pickup trucks with Trump banners hanging from the back.

The police statement says, “On 10/24/2020, at approximately 5:02PM, Beverly Hills Police received information from a passerby of a subject who pointed a weapon from a vehicle at him; in the area of South Santa Monica Blvd and N. Beverly Drive. The passerby provided a license plate to the vehicle, and the vehicle was stopped by patrol units a short distance away.  After the on scene investigation, the passenger in the vehicle was arrested.  The victim of the crime did not desire to press charges for the pointing of the weapon.” Bail is set for $35,000.