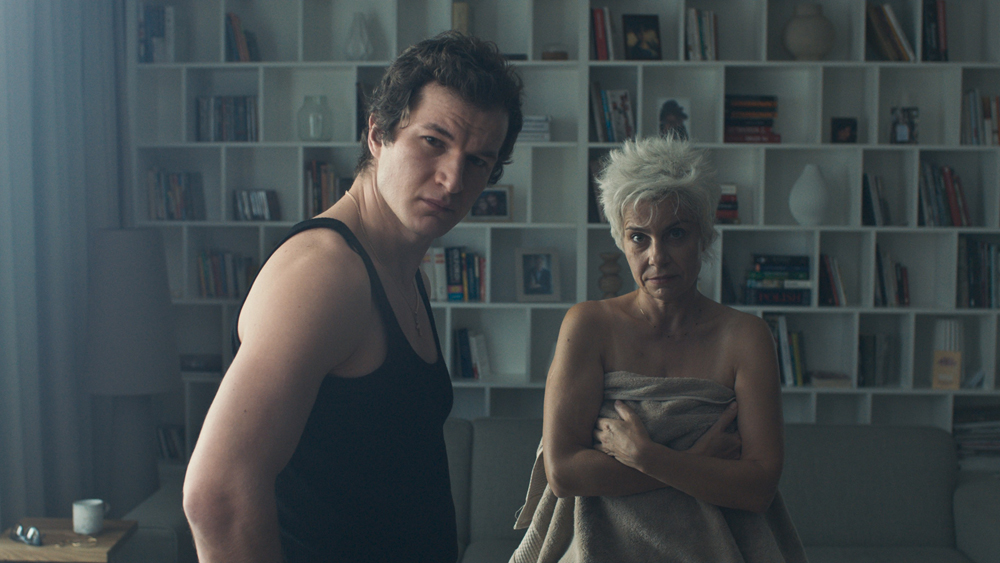 “Never Gonna Snow Again,” which was chosen as Poland’s Oscar submission prior to its world premiere in Venice, marks a further step in cinematographer Michał Englert’s long collaboration with Małgorzata Szumowska. It started in the 1990s with her short “Silence,” followed by her feature debut “Happy Man” in 2000, and continues with “Never Gonna Snow Again,” with Englert serving as both cinematographer and co-director, alongside Szumowska, on the film.

“Our way of working, or our sense of humor, hasn’t really changed. Although the scope of my involvement is constantly expanding,” says Englert, who has been developing screenplays with Szumowska since 2013’s “In the Name Of,” and describes their process as “instinctive.”

“I definitely have an ego, but you can’t make movies all by yourself and in the case of ‘Never Gonna Snow Again’ we decided its power will be bigger if we sign it as a directorial duo. We will see what the future brings, but it might happen again on our next projects.”

Shown at EnergaCamerimage Film Festival this week as part of the main competition, the film follows a masseur from Ukraine, played by “Stranger Things” star Alec Utgoff, as he visits his clients, residents of a well-off gated community in Poland. But there is more to Zhenia than his skillful hands, a mystery that both Englert and Szumowska enjoyed.

They welcomed the challenge of building an atmosphere while keeping dialogue to a minimum. “It’s very tempting for any director, let alone cinematographer [to do that],” he says. “As a viewer, I am also disturbed by too many words – I prefer secrets or the kind of freedom only musicians seem to enjoy. I never had a musical education, but the camera has become my instrument. This character, Zhenia, comes from Chernobyl and radioactive contamination is an enemy you can’t see. There is a mystery to it, which can be felt also now, during the COVID pandemic. He comes to this organized space and takes its residents on a journey.”

In order to visit the place, which actually exists, they posed as potential buyers interested in one of the identical houses, recounts Englert. They decided to communicate something about the characters – played by the likes of Agata Kulesza and Maja Ostaszewska – through the interiors of their houses.

“These houses, they tell their life stories,” he says, referring to the work of production designer Jagna Janicka. “As always, I also thought about this space in terms of light. The film takes place in a period that, at least in Poland, is usually associated with cloudy, depressing weather. But at some point it gets brighter, as Zhenia brings in the light.”

“We like to surprise ourselves,” he says, mentioning their proclivity to shoot “bonus” scenes, shifting away from the screenplay. “On ‘Body’ [awarded with a Silver Bear for best director at the Berlinale], people started to count them, and we ended up with more ‘bonus’ scenes than the ones we had originally planned. We know each other so well and we know our weaknesses, also when it comes to screenwriting, so we never exclude the possibility of changes. Our regulars already know it but for Alec, who is very precise, it wasn’t easy. I guess at one point he gave up, thinking: ‘Okay, I guess they know what they are doing.’”

Apart from his work with Szumowska, Englert lensed Jacek Borcuch’s “Lasting,” which won him the best cinematography award at Sundance, as well as Ari Folman’s “The Congress,” starring Robin Wright and Harvey Keitel.

“Smart DPs, or a smart person in general, listens to other people,” he says, describing his approach. “When I meet a director, I am curious about his or her vision and I try to complete it. Of course, these meetings can be very different; I have collaborated with people who didn’t really have a clear concept and ultimately, you can’t talk about good cinematography in a bad movie. There are just good or bad movies.”

Although he says it’s a difficult moment to develop new ideas – “especially from the perspective of someone who just finished a movie and pushed it into the world, only to have it close once again” – Englert is eyeing a small project in Poland, in addition to working on Szumowska’s upcoming film “All Inclusive,” continuing their successful partnership.