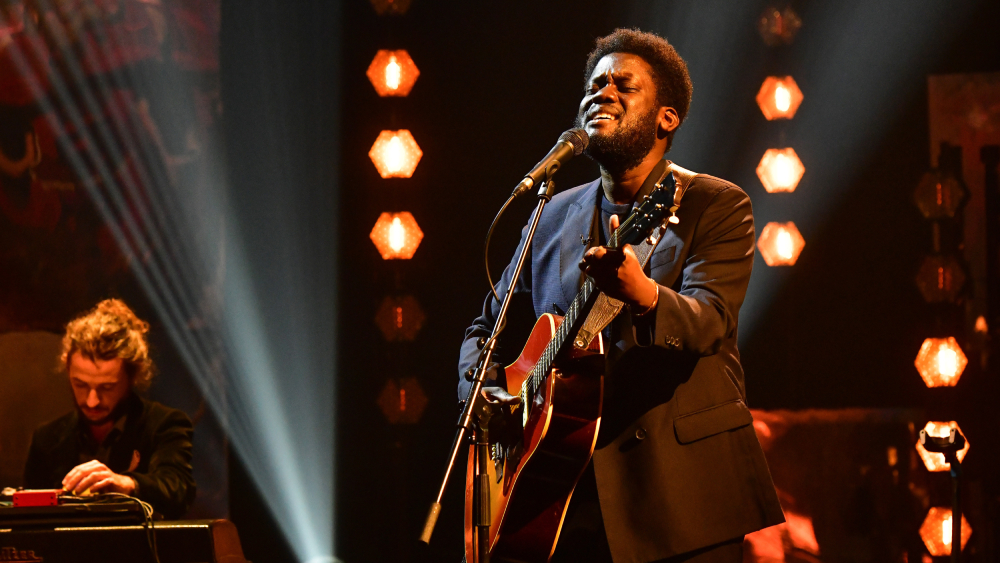 The self-titled third album from British singer-songwriter Michael Kiwanuka won Britain’s prestigious Mercury Prize earlier this year and is up for Best Rock Album at the 2021 Grammys. Kiwanuka toured Europe behind the 2019 album but saw the U.S. and U.K. dates postponed due to the pandemic; they are currently rescheduled for next year.

In a new short documentary film by veteran photographer Jodie Canwell, the singer talks about the album’s inspiration over footage from its recording sessions and his concerts.

“This is an album that explores what it means to be a human being today. It’s also more specifically and more directly about myself, and being an artist in these times,” Kiwanuka, who was born and raised in London to Ugandan parents, says in the documentary.

“Looking back to when I was younger, I remember never feeling like I could fully connect with anyone I saw on the TV or heard on the radio. There were singers, actors that I loved but no one I ever saw myself in.

“It’s only when I started discovering older musicians on YouTube and Spotify that I saw people I could really identify with. People like Richie Havens, Curtis Mayfield, Ron Isley, Terry Callier, Jimi Hendrix, Eddie Hazel and the list goes on. When I saw and heard these people it felt like I could finally see myself. That they would understand the music that I was trying to make. They gave me the confidence to go ahead and continue to write and play music. The courage to be an artist.

“This album for me is the point at which I can finally stop looking back for approval from my hero’s, and start moving forward to the present day. Those artists I mentioned earlier have now given me the springboard to go ahead and make music for today about today.”

Watch the video below.