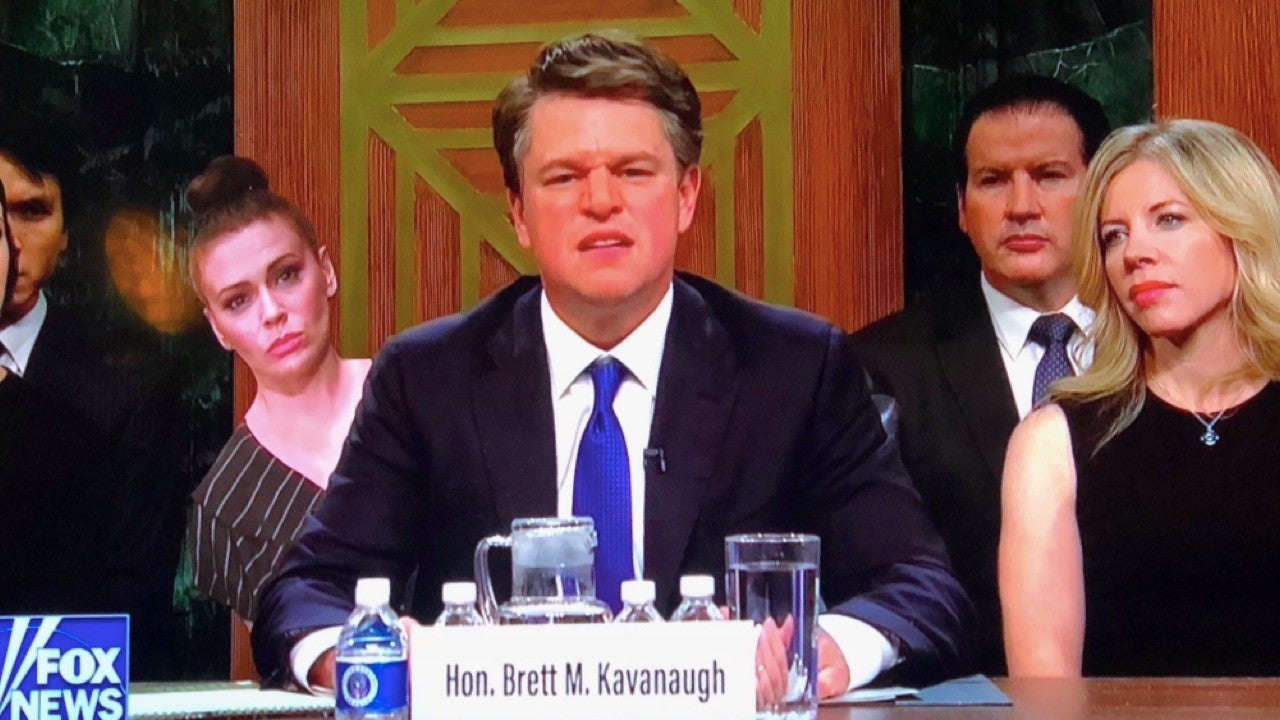 Saturday Night Live had no shortage of material for the show’s season 44 premiere over the weekend.

Adam Driver and Kanye West were the host and musical guest, but the first star we saw in the cold open was none other than Matt Damon, who played Brett Kavanaugh in a lengthy skewering of the controversial Supreme Court nominee‘s recent Capitol Hill testimony.

For the appearance, the show played up some of the most Twitter-noteworthy moments from Kavanaugh’s testimony, including his perceived loud, emotional demeanor, the amount of water he drank while testifying, and his physical high school calendar he used during the hearing.

Kavanaugh was called before the Senate to testify this week in addition to Dr. Christine Blasey Ford, who has accused Kavanaugh of sexual and physical assault stemming from an alleged incident in the 1980s, when they were allegedly at a party during their high school years. Kavanaugh has denied the accusations.

Meanwhile, ET spoke to ‘SNL’s Kate McKinnon at this year’s Primetime Emmy Awards earlier this month, where she addressed the rumors that she’d be leaving the show.

Watch the video below for more.