Lee Kun-hee, Samsung Chairman Who Made the Company a Global Force, Dies at 78 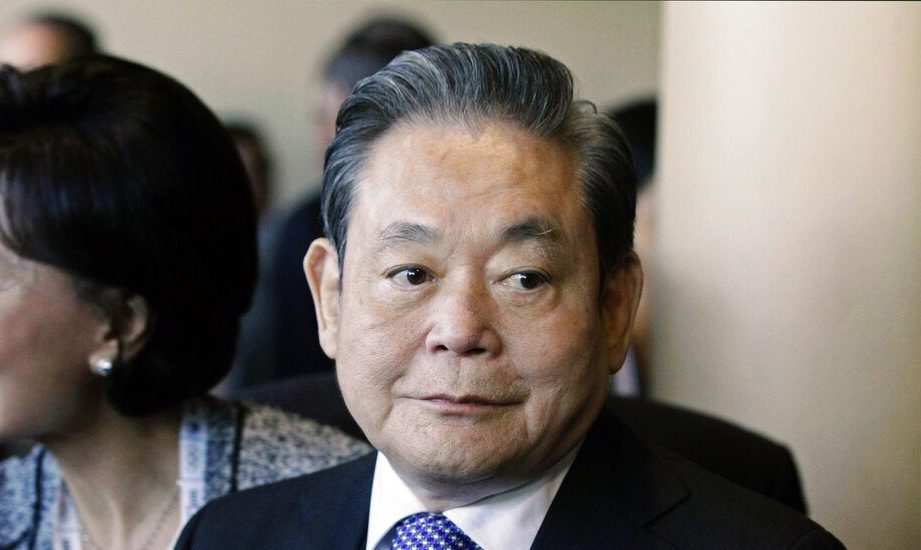 Lee Kun-hee, the chairman of Samsung Electronics who transformed the company into the world’s largest producer of smartphones, memory chips and televisions, has died. He was 78.

Samsung announced in a statement that Lee died on Sunday, though an exact cause was not given. A heart attack that Lee suffered in 2014 had kept him frequently hospitalized and he was also treated for lung cancer in the 1990s, according to the New York Times.

“Chairman Lee was a true visionary who transformed Samsung into the world-leading innovator and industrial powerhouse from a local business,” Samsung’s statement said. “His legacy will be everlasting.”

Lee was born on Jan. 9, 1942 in Daegu, which was located in Japanese-occupied Korea at the time. He graduated from Tokyo’s Waseda University in 1965 with a degree in economics, and pursued a master’s degree in business administration at George Washington University in Washington, D.C., though he did not graduate.

Lee became the chairman of Samsung in 1987 after the death of his father, Lee Byung-chul, who founded the conglomerate in 1938. After taking over, Lee Kun-hee worked to technologically advance the company, and by the early ’90s, Samsung had become a leader in memory chips, passing other American and Japanese companies.

As Samsung became a powerhouse in South Korea’s economy and a global force, Lee became the country’s richest man. However, his life was not without controversy. In 1996, Lee was convicted for bribing South Korea’s president, but was pardoned. And, in 2008, he was found guilty of tax evasion but was pardoned once again.

Lee was a film lover, and once met with Steven Spielberg about possibly investing in a movie studio, though Lee and his counterparts spent the dinner talking about their own business. Spielberg later told Time Magazine of the meeting: “I thought to myself, ‘How are they going to know anything about the film business when they’re so obsessed with semiconductors?’”