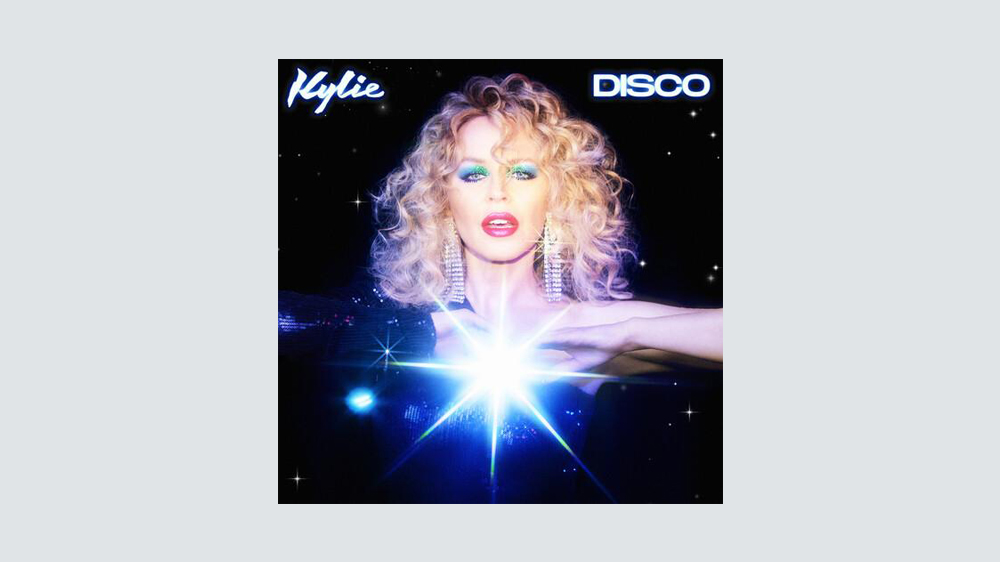 For a musical genre whose rapid rise and notorious fall has made it an easy point of comparison for everything from the dot-com bubble to the decline of Beanie Babies, disco music never really went away. Sure, there have been lean times ever since a crowd of rock and roll reactionaries formally declared war at a baseball game in 1979, and perhaps the genre had to lay low for a while in Europe, or smuggle itself to mainstream American listeners by way of hip-hop samples, indie-rock fellow travelers and big-room electronic dance music. But if unabashedly discophilic releases by everyone from Dua Lipa to Carly Rae Jepsen and Lady Gaga this year are any indication, the years of hiding one’s mirror ball under a bushel are a distant memory.

If anyone deserves a chance to capitalize on this, it’s Kylie Minogue. One of the godmothers of this particular style of postmillennial disco divadom, Minogue has been flying a flag for glittery four-on-the-floor anthems for decades, and every English-speaking territory except the U.S. has repaid her in kind (although even the States couldn’t resist her 2002 smash “Can’t Get You Out of My Head”). It’s one of pop music’s great puzzles why the Australian superstar’s appeal has proved so elusive on these shores — her four-album run from 2000’s “Light Years” to 2007’s “X” was as unimpeachable a streak as anyone from that period could claim — and it certainly hasn’t been for lack of trying. After a pair of solid yet unadventurous releases (and a brief flirtation with Jay-Z’s Roc Nation) in the first half of the 2010s, Minogue attempted a bit of a shakeup two years ago with the Nashville-flavored “Golden.” While hardly an embarrassment, the album rarely played to her strengths, and clearly some type of retrenchment was in the cards.

Her new album is titled “Disco,” and you can’t say it doesn’t deliver exactly what it promises. While Minogue has rarely ventured too far from her dance-pop comfort zone, “Disco” displays a particularly glorious single-mindedness, exploring the genre’s past, present and future with nary a ballad or a twangy guitar lick in sight. Minogue’s most consistent and cohesive album since her oughts-era heyday, “Disco” may not win her the Stateside approval she’s been chasing ever since “Can’t Get You Out of My Head” seemed to offer an opening, but if Americans still haven’t learned how to appreciate such uncut sugar-rush pleasures, the loss is ours, not hers.

Whereas her onetime role model Madonna always had a gift for making every slight stylistic pivot seem like a radical artistic shift worthy of doctoral dissertations, Minogue’s music stubbornly resists exegesis. This is largely due to her personality — guileless, approachably cheery, utterly unpretentious — but Minogue has always had an underappreciated willingness to try anything once, and here that manifests itself in surprising touches like the Roger Troutman vocoder homage on “Dance Floor Darling,” or the hyperactive “Monday Blues,” which marries a brash, vaguely Latin arrangement with a Manilowian melody. Like her younger contemporaries, Minogue has long been a student of disco’s more critically acceptable touchstones (Moroder-era Donna Summer, ZYX’s Italian exports, Grace Jones), but what sets her apart is her genuine affection for its chintzier, less reputable indulgences as well; for all of “Disco’s” thoroughly modern moments, there are just as many where you can practically smell the polyester and piña coladas. This, to be clear, is not even remotely a criticism.

As on “Golden,” Minogue has a co-writing credit on every song here, with producers Sky Adams and Teemu Brunila responsible for many of the album’s better tracks, and this core staff keep the proceedings ruthlessly on message, always ready to throw on a chicken-scratch guitar line, star-wipe string section segue or “ooh ooh” vocal interjection whenever energy threatens to flag. Minogue has never been one to let a lyric get in the way of a groove, and here she rarely strays from a few central themes: Dancing is good; love is better; finding love on the dancefloor is best of all.

Which is perhaps a curious choice, considering this album is entering a world deprived of the day clubs, lounge parties and Pride parades that ought to be its natural habitats. Most of “Disco” was recorded during lockdown, with Minogue often serving as her own at-home vocal engineer, but unlike other Covid-era creations like Charli XCX’s “How I’m Feeling Now” or Taylor Swift’s “Folklore,” that lonely backstory is rarely evident in the finished product. A few tracks, like lead-off single “Say Something” or the after-hours lament “Where Does the DJ Go,” have topical relevance if you squint just right, but on the whole Minogue is aiming to do nothing more than bring a splash of neon to the drabbest of Zoom rooms.

There are a few rough patches, to be sure. “Supernova,” with its heavily processed, monotone vocal tracks, is crying out for a more postmodern, Gaga-esque flamboyance than Minogue is willing to provide, and at times the album drifts too far into reverence, especially in the later-going when she gives shout-outs to Studio 54, the Electric Slide and “I Will Survive,” all obvious reference points that didn’t need such explicit underlining. But it would be churlish to linger on the missteps when the album gets so much right. On highlights like “Real Groove” — which would have been entirely at home on Daft Punk’s last album — or the breakneck “Last Chance,” Minogue simply focuses on proving that, at 52, she’s still capable of filling a dance floor as well as anyone half her age. And luckily for us, she is. Our disco needed her.