‘Kindred’ Review: A Cross Between ‘Rosemary’s Baby’ and ‘Get Out’ That Keeps You Watching 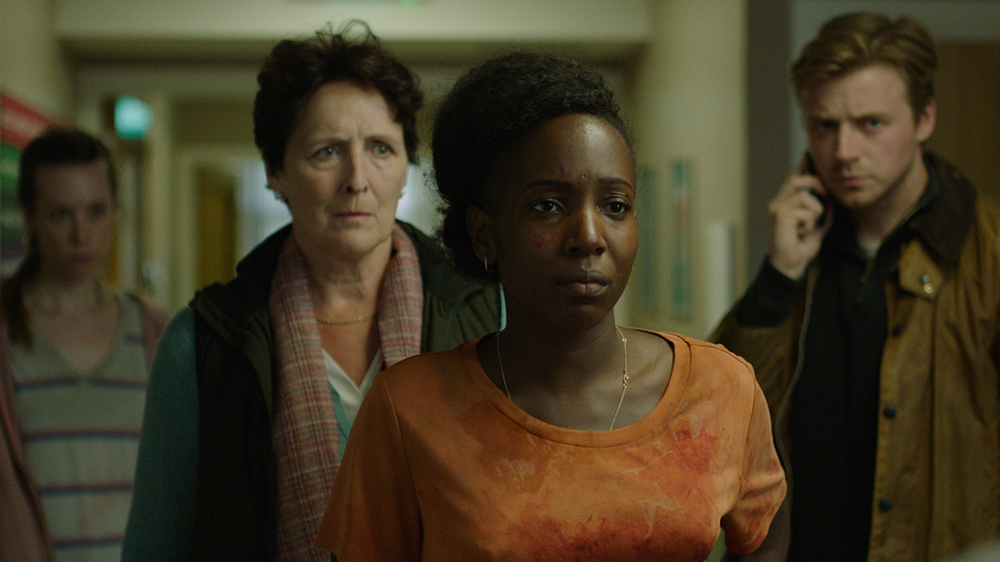 I’m always relieved, if not excited, to encounter a horror film that isn’t about anything supernatural. A lot of today’s audiences wouldn’t even consider that a horror film; if it doesn’t goose you with effects or try for some version of the uncanny, it’s just a drama. (You know, one of those boring movies for adults.) But horror doesn’t need to be fantasy, and when it isn’t you can feel like it’s out to spook you without cheating. “Kindred” is a demonstration of how a naturalistic horror film can be derivative, in the most flagrant and shameless way, and still work.

The director, Joe Marcantonio (it’s his first feature), has laced together “Rosemary’s Baby” and “Get Out,” and he’s done it so obviously that you keep ticking off the moments and concepts the film reminds you of. “Kindred” is an infinitely lesser movie than “Rosemary’s Baby” or “Get Out,” yet on a minimalist indie level that’s more about pressure-cooker suspense than mystery, it jolts you along. Marcantonio, who co-wrote the script, knows how to raise your pulse without tricks, and how to create atmosphere out of the barest of bones.

“Kindred” is set in England, and most of it unfolds in a stately country mansion that, from the outside, looks like it could be the setting for a Merchant-Ivory film. Inside, the place looks comfortable in a shabby, lived-in-for-too-long way, the once-grand rooms full of furniture and knickknacks that are just dowdy enough to give antiques a bad name. Several of the chambers are painted splotchy fluorescent colors, making it hard to tell if the décor is intentionally distressed or simply torn-off wallpaper. (If you were going to restage “Saw” as a Jane Austen film, this is where you’d set it.) In other words, it’s the perfect place for Charlotte (Tamara Lawrance), a young woman who has recently learned that she’s pregnant, to be taken care of — or maybe the word is imprisoned — by the family of her significant other.

His name is Ben, and he’s a dashing rich kid played by Edward Holcroft, who with his beard, shiny blond mane, and strapping ebullience suggests a missing Hemsworth brother. Ben and Charlotte, who’ve been living together for a while, want to move to Australia, but when they tell Margaret (Fiona Shaw), Ben’s starchy possessive mother and guardian of the family legacy, about their plan, she is not pleased. She feels she’s being abandoned. She’s even less pleased when she learns that Charlotte is pregnant (Charlotte, who’s on the pill, isn’t too happy about the news herself). Meditating on her future grandchild, Margaret says, “You’re not stealing my own flesh and blood to the other side of the planet!”

Yet hell doesn’t fully break loose until Ben gets kicked in the head by a horse and is suddenly out of the picture. Margaret, along with Ben’s stepbrother, Thomas (Jack Lowden), brings Charlotte to stay at the mansion, and she’s in such a distressed state that it takes her a while to realize she’s not being given much choice. They’re keeping her there. But why?

Unlike “Get Out,” which was explicit about its racial themes, “Kindred” never makes overt reference to the fact that Charlotte is Black. Yet the sense communicated by Margaret that this young woman has disrupted her family carries an unmistakable whiff of racist rage; that’s the film’s subtext. What’s right on the surface is the set-up lifted from “Rosemary’s Baby”: Charlotte put under the coercive “care” of a grinning grandmotherly dowager who only wants what’s “best” for the baby, but who seems so possessive that her attention is like a demonic perversion of the maternal instinct. Fiona Shaw, all regal Victorian smiles (until she gets angry), gives a performance of consummate creepiness, in part because she’s so utterly sincere. When she finally reveals what she’s up to (at least to us — Charlotte doesn’t quite catch on), it’s no devil-cult thing. On the contrary, it’s a sick plan that’s disturbingly plausible. “Kindred” is a tale of thwarted, and perverted, motherly love.

The film keeps Charlotte in the mansion with a series of traps: the cottage she shared with Ben that gets foreclosed; the broken cellphone that never gets fixed; the bow-tied obstetrician, Dr. Richards (Anton Lesser), who’s like a bureaucratic agent of darkness; the fact that she’s groggy and confused, and has memory lapses, not to mention scary dreams of crows. We wonder, for a while, why she can’t figure out that she’s being drugged. But even when she does, freeing herself is harder than it looks. Tamara Lawrance gives a potently traumatized performance — now fearful, now suspicious, now cunning, now dissolute, now Stockholm Syndrome. Escape is a pretty basic movie mechanism, but she makes getting out seem like trying to breathe in a room with the air sucked out of it.