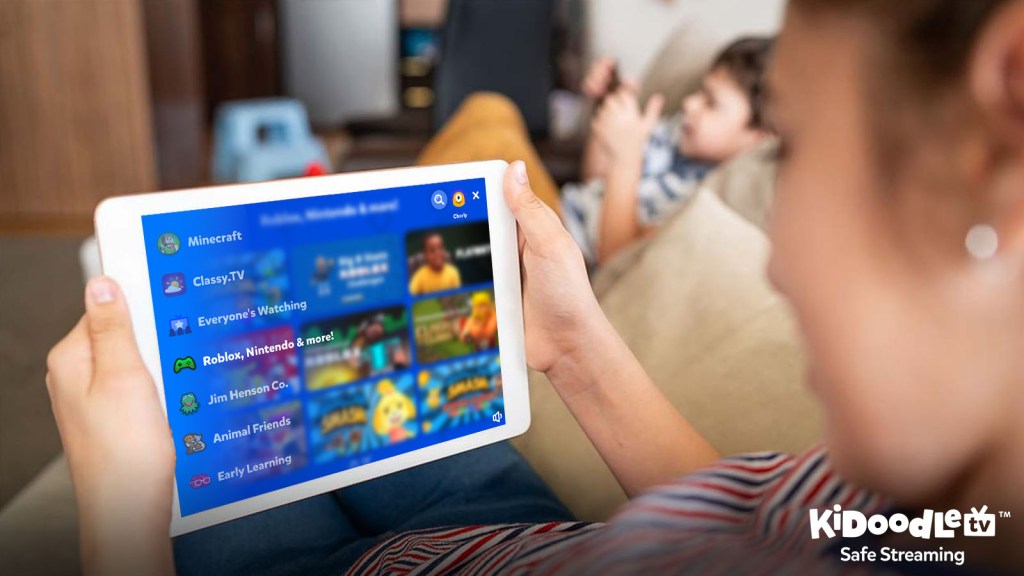 More than 51 million children in America play video games. And for players under 12, gaming represents a lot more than an entertaining distraction from everyday life; it’s a portal to a community and possibly a boon for their mental health.

Video games are a favorite conversation topic on playgrounds, both real and virtual. Esports are one of the fastest-growing branches of sports. Games are also as much a viewing experience as an interactive one. Gaming videos have become one of the most-viewed forms of online entertainment among children.

At Kidoodle.TV, in fact, they’re the second-most-watched genre among the network’s 10 million active users.

“There has been a merger in media and entertainment through the internet, giving not only children, but families, access to all sorts of content online,” says Neil Gruninger, president of Kidoodle.TV. “And gaming has become this social outlet for kids to connect with one another. I think it’s important they have the ability to reach this community safely and have access to age-appropriate content.”

Unlike other streaming services, every gaming video on Kidoodle.TV is screened by a human before it’s made available to viewers. That content review process ensures the program complies with the Children’s Online Privacy Protection Act and features only content that’s appropriate for children 12 and under. The platform adheres strictly to this standard, which they call Safe Streaming™, and restricts footage from first-person shooters, “loot boxes” (which may prod in-game purchases), derogatory language, company watermarks and product placements.

“Especially for kids under 12,” says Gruninger, “the media industry has a duty to regulate content that may be scary or inappropriate.”

Kidoodle.TV works with select individual video content creators as well as groups, including Omnia Media/Enthusiast Gaming, Tankee, and multiple gamers with large subscriber bases, to deliver gaming content that parents can have peace of mind about, because it has been prescreened. Brenda Bisner, chief content officer for Kidoodle.TV, says that while games like Minecraft and Animal Crossing: New Horizons are especially popular, “don’t expect to see any Fortnite videos, as they do not comply with Kidoodle.TV’s creative review.”

Gaming videos are a recent addition to the Kidoodle.TV lineup, but they were long a part of the company’s plan. The timing of their launch on the platform proved propitious. As the pandemic has stretched on, kids and parents are tuning in to the channel in ever-greater numbers to help fill the day, making recreational content like gaming more important than ever. Since March, overall traffic at Kidoodle.TV has grown 2,600%.

“We are ‘future-casters’ in many ways; we created the Safe Streaming™ movement,” says Bisner. “We are ahead of the curve. … We all had to step up to help these children and families who are struggling right now as a result of the pandemic. Overnight, screen time became a larger part of everyone’s life. These kids want and need an outlet, and parents want to know their kids are going to be safe while watching.”

Beyond their entertainment potential, according to the Entertainment Software Association, video games encourage imaginative thinking and help kids (and adults) build soft skills, such as leadership and decision-making. Young players regularly look for new ways to approach in-game challenges, which has led to the rise in game-focused videos on streaming services.

Video games have also increasingly become family activities in the past 10 years. According to the ESA, 55% of parents play games with their child at least weekly. Some 66% do so because they believe it’s fun for the family.

That enthusiasm for the medium goes beyond playing games, though. Parents co-view gaming content with their kids on Kidoodle.TV regularly, using it as a gateway to strengthen the connection with their child — and learn more about their world.

For creators, Kidoodle.TV represents a chance to increase their income without having to record new content, assuming they meet the service’s standards.

“We’re a safe alternative to (other streaming sites) and we pay a competitive CPM rate that is not going to arbitrarily change on you at any moment,” says Bisner. “Parents can trust us, and our providers can count on us as not just a new revenue stream, but as a great place to send kids to see their content.”

Greg Kampanis, executive VP, content, for Enthusiast Gaming says, “As a gaming video content producer and distributor, we value Kidoodle.TV as a partner to reach families and kids who enjoy watching our “Roblox,” “Minecraft” and other kid-friendly gaming content in a safe and secure way.

“Kidoodle’s reach and audience resonate in a meaningful way for our brands, and they have been fantastic to work with. We look forward to a long and lucrative partnership with Kidoodle.TV, entertaining kids with the safe gaming content they love.”