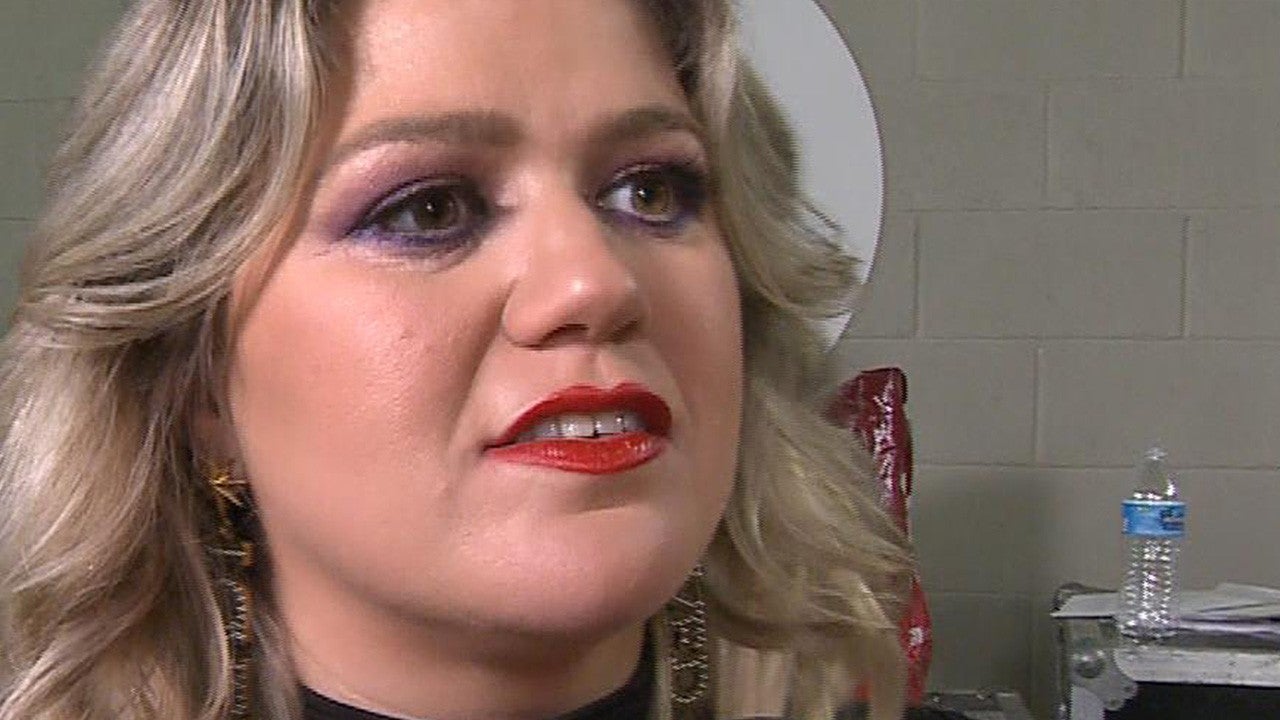 ET’s Lauren Zima spoke with the 36-year-old singer at day two of the 2018 iHeartRadio Music Festival at T-Mobile Arena in Las Vegas, Nevada, where she gave new details on her exciting new gig. Clarkson said that her children with husband Brandon Blackstock will more than likely be making an appearance.

Clarkson is a mom to 4-year-old daughter River and 2-year-old son Remington, as well as a stepmom to Blackstock’s two children from his previous marriage, Savannah and Seth.

“Oh probably, because we have four of them so I’m sure one will pop up every now and then,” Clarkson told ET.

“I’m excited,” she further raved about getting her own show. “It’s fun. We have normal people, celebrities, music, a lot of heart. It was fun to shoot the pilot.”

Clarkson already has one superstar angling to be a guest. Singer Luke Bryan told ET at the iHeartRadio Music Festival that he would “certainly” appear on her show, joking, “If she’d return my calls — call me!”

Clarkson replied, “He better be on it! We’re friends!”

Last month, ET learned that Clarkson filmed her pilot episode at NBC Universal Studios in Los Angeles. According to an observer, the stage for the show is dressed to look like the inside of a barn, with string lights decorating the set and wooden beams with gold records on the walls.

Her first celebrity guests included Chloe Grace Moretz, Josh Groban and Terry Crews, as well as a group of quilting ladies from North Carolina, a homeless shelter employee and a couple who was having trouble in the bedroom. The talk show featured games, singing segments and interviews that ranged from silly to sentimental, with the observer noting, “She’s definitely still Kelly.”

For more on the original American Idol champ’s new show — which is set to debut fall 2019 —  watch the video below: