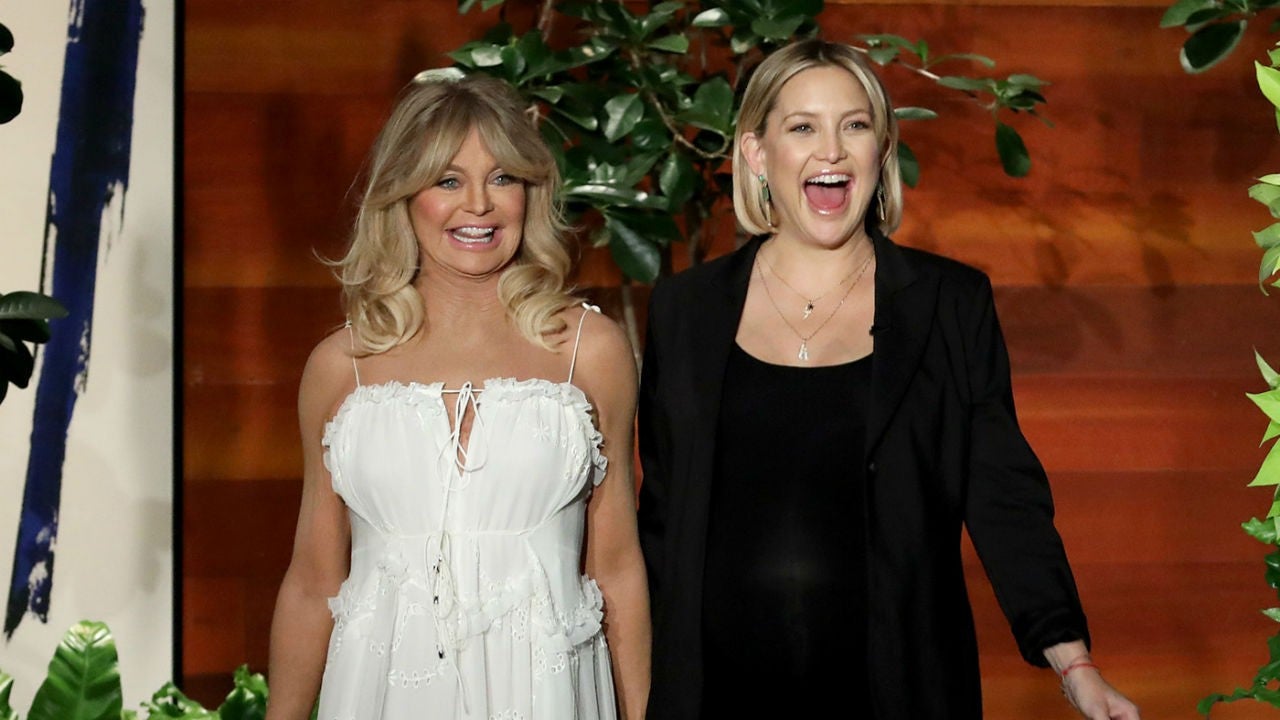 Kate Hudson will have the support her mom, Goldie Hawn, in the delivery room for a third time.

The beloved mother-daughter duo appear on Thursday’s episode of The Ellen DeGeneres Show, where the heavily pregnant Hudson struggles to catch her breath.

“Let’s just say you probably have never had anyone this pregnant on your show,” she tells DeGeneres. “Water could go any second.”

The 39-year-old actress then opens up about how laid-back her mother was during the birth of her second son, Bing.

“I first brought her a magnolia, because that was…” Hawn begins.

Hawn was so easygoing in the delivery room that she even took a brief break. “She was in the stirrups and everything but she was dilating so I said, ‘I’m really hungry so I’m just going to come back,’” the 72-year-old actress recalls. “I came back with pizza and Doritos.”

“The best part of that was when mom called me in labor and said, ‘I’m about to take a swim and I was going to get a massage. How long do you think you’re going to be laboring?’” she quips.

Hawn notes that when Bing, now 7 years old, was born, she didn’t know the baby’s gender.

“I thought that the last baby was going to be a girl, so much that I did knit a pink blanket,” she recollects. “And when I saw his penis coming out, I, like, rack focused to the pink blanket and thought, ‘Boy, did I screw up!’”

“But you very quickly then knit a white blanket, which we just found,” Hudson adds. “We brought it back out.”

This time around, Hudson says that she wanted to know the gender. “I had to be prepared if it was another boy, which I would have been really happy with,” Hudson, who is expecting a baby girl with boyfriend Danny Fujikawa, says. “I just wanted to know.”

Kate Hudson Bares It All, Flashing Her Baby Bump in a Bikini as Due Date Approaches