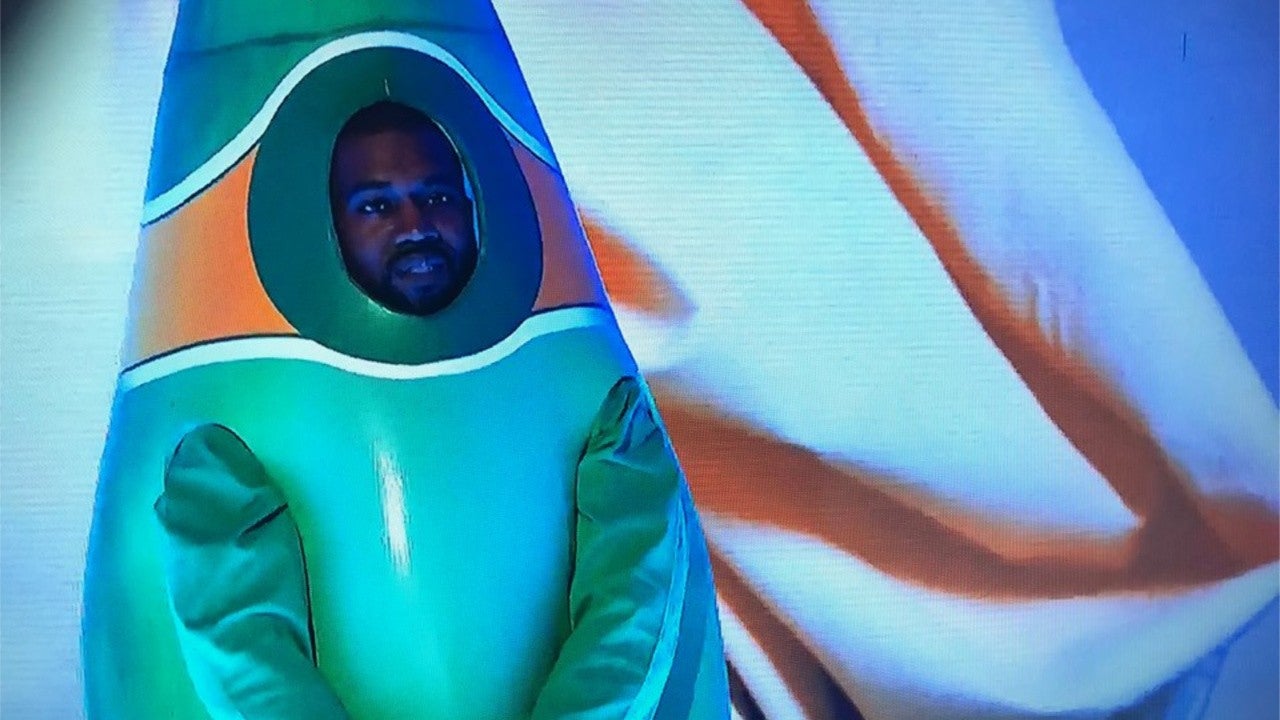 Kanye West was the musical guest for Saturday Night Live‘s premiere over the weekend, and over the course of three performances, dressed in instantly memeable beverage garb, debuted a new song, and brought out some friends while certainly alienating some fans with his continued affinity for MAGA hats.

For his first song, the 41-year-old rapper was joined by Lil Pump for a performance of their collaboration “I Love It” that was almost as bizarre as the song’s music video. West donned a giant sparkling water costume while pump was dressed as a giant… regular water bottle.

While some of the song’s notably dirty lyrics were cleaned up for TV, much of the song was bleeped out for broadcast as the rapper slipped back into the original bars.

Here’s a glimpse of the performance:

.@kanyewest and @lilpump perform “I Love It” in Studio 8H. #SNLPremierepic.twitter.com/rZgvkzdvnX

Kanye West and Lil pump performed i love it on SNL. Lmao how do you censor this song pic.twitter.com/OqSPE2VrnH

For his second show, West went in a completely different direction, taking the stage with collaborator Teyana Taylor, where the two performed an uplifting new song. It’s unclear if the track, “We Got Love,” was originally supposed to be on Taylor’s K.T.S.E. album earlier this year, or whether it will appear West’s Yandhi album, which West said was to be released on Saturday night. However, the album was not released.

For the third and final song, West was joined by his Kids See Ghosts partner Kid Cudi, as well as 070 Shake and Ty Dolla $ign, to perform “Ghost Town” off of West’s recent Ye album. Backed by a full band, this was easily the strongest performance of the night, but that will likely be overshadowed by West’s choice to wear the controversial Make America Great Again hat during the set.

Kanye West wearing a MAGA hat performing with Kid Cudi in 2018. Welcome to the simulation #SNL#SNLPremierepic.twitter.com/bsGWXNiPQf

Watch the video below for what Leslie Jones told ET at this year’s Emmys about West’s then-upcoming appearance on SNL‘s season opener.