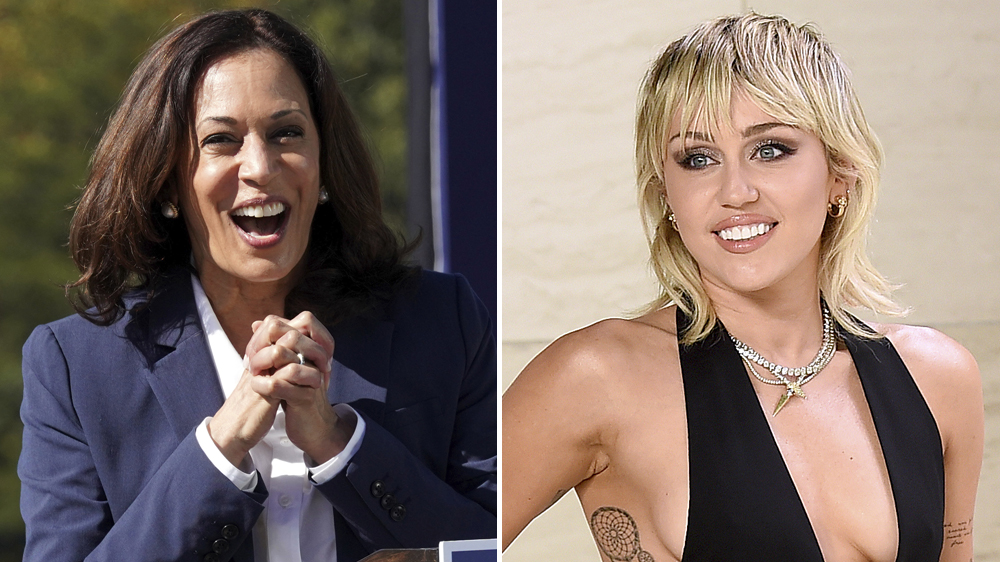 Sen. Kamala Harris joined Miley Cyrus via Instagram Live on Thursday to discuss the importance of voting in the upcoming presidential election and how young people can make a difference in today’s political environment.

Joining the call from her recording studio, Cyrus expressed she is “honored in a kind of a state of disbelief” to introduce the first Black and South Asian woman on a major party presidential ticket.

From the start, Harris repeatedly emphasized the importance of voting, saying that the right to vote is a “gift.” “The way that you use the power of your voice during elections is… people will respond to and see who’s voting and then respond to their issues and that’s just the way it works,” she explained.

She continued, clarifying the difference between Democratic presidential candidate Joe Biden and President Donald Trump’s stance on the Black Lives Matter movement: “Between Joe Biden and Donald Trump: Joe Biden says ‘Black lives matter’; Donald Trump refuses to say it,” she said. “Donald Trump stood on that debate stage in the last debate and refused to condone white supremacists and in fact said, ‘Stand back, stand by.’”

Harris went on to explain how Biden and her administration plan to reform America’s criminal justice system by decriminalizing marijuana and expunging people who have been convicted. She added that “George Floyd would be alive today” with a policy on closing down private prisons with cash bail.

Speaking to the pandemic’s impact on her life, Cyrus shared that she lost her grandmother, who her family couldn’t visit for six months due to coronavirus precautions. Especially this year, the artist said music has been a staple for her to get “pumped up” when feeling discouraged. When asked about her campaign trail playlist, Harris opened up about her favorite song: “Work That” by Mary J. Blige.

“In fact, I was at this event recently in North Carolina, and it started pouring rain and everyone stayed outside because it was an outside event,” she recalled. “And you want to stay outside and then the song came on, and it was pouring energy. Like all these people turning out and then we all just started dancing in the rain. It was the best thing ever.”

Watch the conversation below.