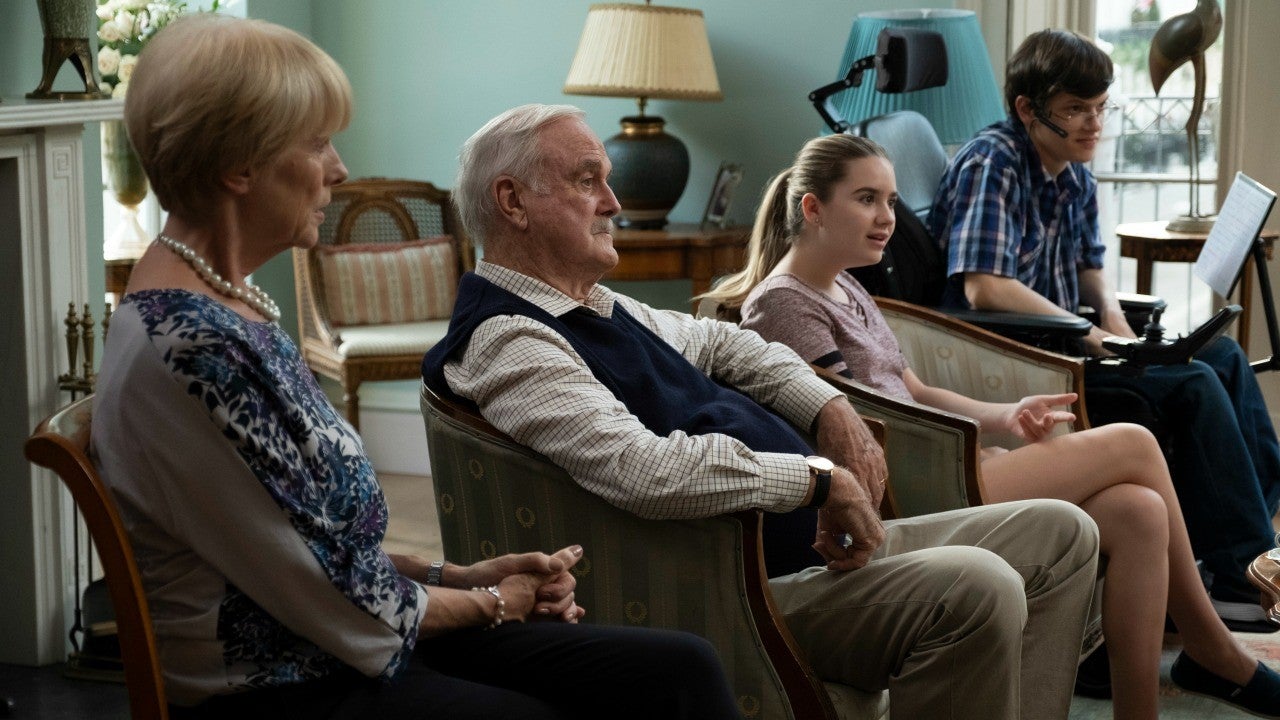 The cast of Speechless is welcoming a familiar face in their season three premiere!

Comedy legend John Cleese is guest starring on the ABC sitcom’s season opener, playing the father of Minnie Driver’s character as the DiMeo family heads across the pond to visit London. It’s a family reunion of sorts for Cleese and Driver, who have previously played father and daughter on Will & Grace.

“John Cleese is John Cleese. He is an amazing comedic mind,” Driver marvels in ET’s exclusive sneak peek at Friday’s premiere. “We’re so incredibly lucky to have him.”

I am lucky enough that @JohnCleese always plays my Dad on television. #WillAndGrace#speechlesspic.twitter.com/K9rlol5Pm5

The rest of the cast was similarly starstruck by Cleese’s guest turn on the show’s two-part premiere, titled “L-o-n-London,” with Mason Cook, Micah Fowler and Kyla Kenedy — who play DiMeo kids Ray, JJ and Dylan, respectively — dubbing the Monty Python founder “a legend,” “wonderful,” and “so amazing and so kind.”

“John Cleese is not just an icon, he’s one of my icons,” adds John Ross Bowie, who plays patriarch Jimmy DiMeo on the show. “He really taught me a lot about how comedy works.”

Judging by the behind-the-scenes look in the video above, Cleese — whom series star Cedric Yarbrough calls “one of the punk rock stars of comedy” — kept the laughs coming on set. “I’m just desperate for money and I don’t mind demeaning myself,” he jokes of taking the part, his first television role in four years.

All teasing aside, the 78-year-old actor only had kind things to say about his fellow actors.”Mason makes me laugh,” he raved of Speechless’ young star. “I like Mason because he’s got a wonderful deadpan look and he’s just as naughty as I am, but nobody notices.”

And he was thrilled to star alongside Driver once again. “Minnie and I got on very well, so I was very touched when I got a call a few weeks ago saying, ‘Do you want to be her father again?'”

Speechless’two-part season premiere kicks off Friday, Oct. 5 at 8:30 p.m. ET/PT. See more on the show in the video below.