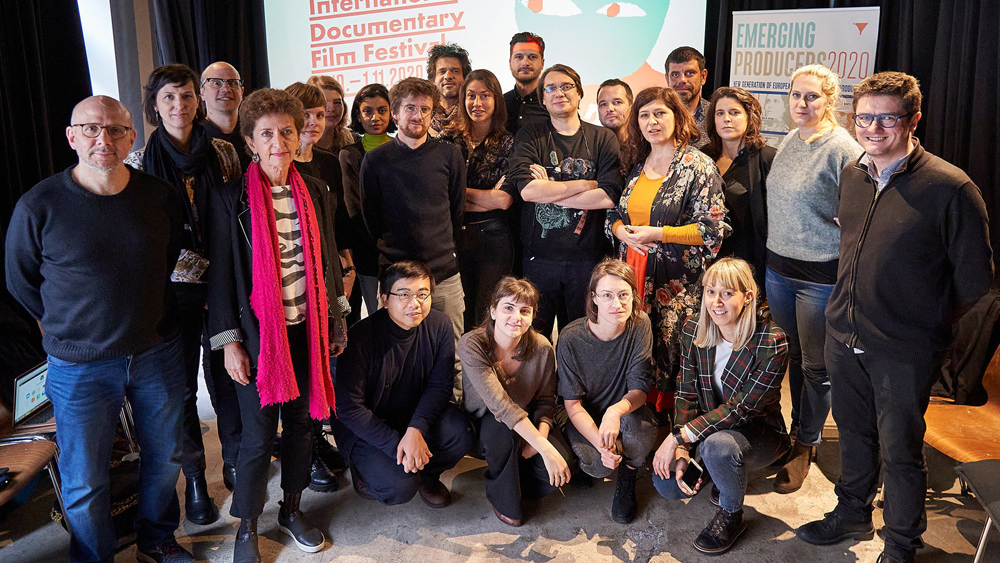 It’s always been about discovering the next generation of documentary filmmakers and getting them the tools and connections they’ll need at the 24th Ji.hlava International Documentary Film Festival. So it’s only fitting that the section on experimental films – another innovation that was a first, according to fest organizer Andrea Slovakova – is themed on gardens.

“Ji.hlava was the first place that gave some space for experimental films within its program,” she says, describing the pioneering platform that morphed into a dedicated section 12 years ago “just to point them out.”

Alongside forming a nursery for this genre, Ji.hlava offers a large share of programs dedicated to giving filmmakers their start across all its sections, says the fest’s international relations director, Rene Kubasek. He cites the Emerging Producers program, which was developed years ago as a non-competitive place to recognize and encourage great work by those just getting started in this profession.

The idea when this even was launched nine years ago was that any doc maker, in order to succeed, will need to partner with a good producer, Kubasek says. Thus, Ji.hlava decided to name one such new professional to watch from each of the 17 European countries participating in the program, plus one more from a guest country.

And Emerging Producers, which presents each to the public with a look at work they’re already doing that’s noteworthy, is not an event like those at so many fests where they would be competing against each other “for a bunch of money,” says Irena Taskovski, who has served as a longtime mentor to filmmakers at Ji.hlava.

Her production and distribution company, Taskovski Films, has four films at Ji.hlava this year, she says, so she’s able to offer concrete coaching and help with networking connections for early career documentarians, she says. At this point some 147 alumni have come through the program, sponsored by the EU’s Creative Europe fund, and gone on to team on scores of successful docs and awards.

At the same event Ji.hlava presented “The Road Movie,” a 2016 compilation of stunning dash-cam footage from Russia by Dmitrii Kalashnikov, which was produced “by our emerging producer Volia Chajkouskaya,” says Kubasek. “She found a co-producer and a U.S. distributor thanks to Docu Talents. The film then was awarded at IDFA and elsewhere and distributed in the U.S.”

Other training, coaching and promo events long championed at the Czech Republic’s premiere doc fest include the Ji.hlava Academy, Ex Oriente Film, Matchmaking Accelerator, Festival Hub and Conference Fascinations. This last event, which helps experimental filmmakers find audiences and distributors, is also unique, says Andrea Slovakova, who has worked with Ji.hlava for years on bringing in this genre.

“There are no strict boundaries between doc, fiction, animation and experimental films,” she says. “What we’re trying to do each year is explore the area of documentary including these hybrid parts where it overlaps with the other film types and also with the creative processes and conventions.”

Slovakova says experimental films are more high-profile than ever now. “More and more you can see films in all parts of the program that are hybrid in their style. They are looking for new ways how to represent reality.”

This year she ran the sixth year of the two-day Conference Fascinations, which brings in representatives of distribution channels many filmmakers would never have thought could showcase their work – galleries and museums, for example.

“Galleries have become a more and more important place where you present the moving image.” What’s more, Slovakova says, with a growing number of films, “you can’t even distinguish where it’s destined – for the black box of a cinema or the white cube of a gallery.”

Filmmakers on the rise are also coached on the legalities of distribution deals and rights agreements, which are “completely different” between the film industry and art galleries, Slovakova says. “It’s two completely different worlds.”

Presenters at Conference Fascinations this year included a rep from the Image Forum fest in Japan, a leading experimental film distributor in Asia, and Josh Siegel, curator of the film department at New York’s Museum of Modern Art. The Czech National Film Archive also joined the conference this year, a coup, says Slovakova, as the prestigious organization is becoming increasingly focused on experimental film and the long history of this form in the Czech lands and across former communist countries.

Under the old regimes, experimental filmmakers were able to get away with provocative work because the authorities didn’t know how to categorize – and thus censor – their work. The same scrappy spirit pervades Ji.hlava today and its dedication to helping new talents succeed at rocking the boat for years to come.