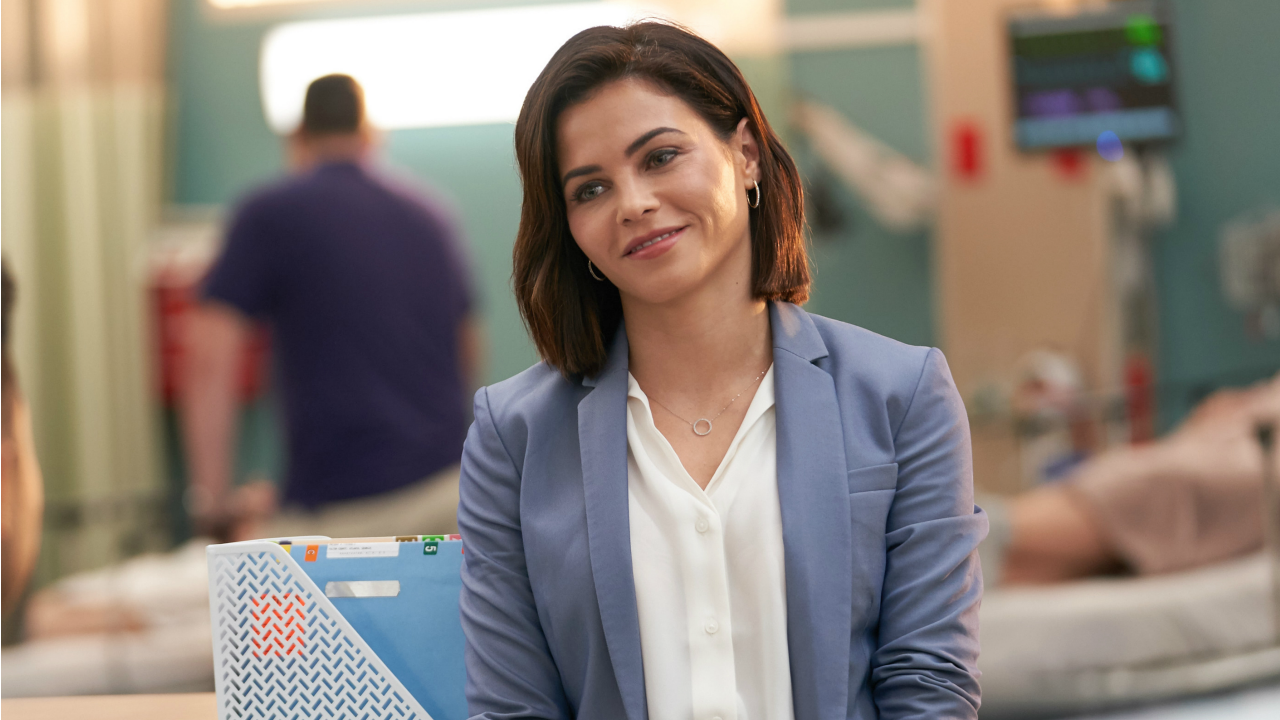 Jenna Dewan is not to be messed with.

On Monday’s episode of The Resident, titled “Three Words,” Dewan’s Julian Booth, a medical device rep at Chastain Park Memorial Hospital, brushes aside a potential red flag for a patient in need of a new defibrillator after his old one nearly fritzes out, and only ET has the exclusive sneak peek.

In the clip, one of Chastain’s brightest docs, Devon (Manish Dayal), floats the possible problem to Julian, who seems more annoyed than impressed by Devon’s due diligence.

“I was with you when the defibrillator went off. It seemed… extreme to me,” he explains to Julian. “Are there cases where a device misfires so badly that the shock killed the patient?” “I’ve never heard of that happening,” Julian says.

But the remote possibility of it happening is enough to give Devon pause, who expresses his concern to Julian, who wants to hear nothing of it. “There is a phenomenon known as the cure is the cause,” Devon begins to say, but Julian cuts him off, assuring him that “that’s not what’s happening here.”

“I think you’re overreacting,” Julian sneers. Could Devon be on to something here? Watch ET’s exclusive clip below.

The Resident airs Mondays at 8 p.m. ET/PT on Fox.

‘The Resident’ Sneak Peek: Dr. Bell Is Arrested for Solicitation From a Lane Look-Alike (Exclusive)

‘The Resident’: Conrad Is Haunted by Lily’s Death in Heart-Pounding Sneak Peek (Exclusive)