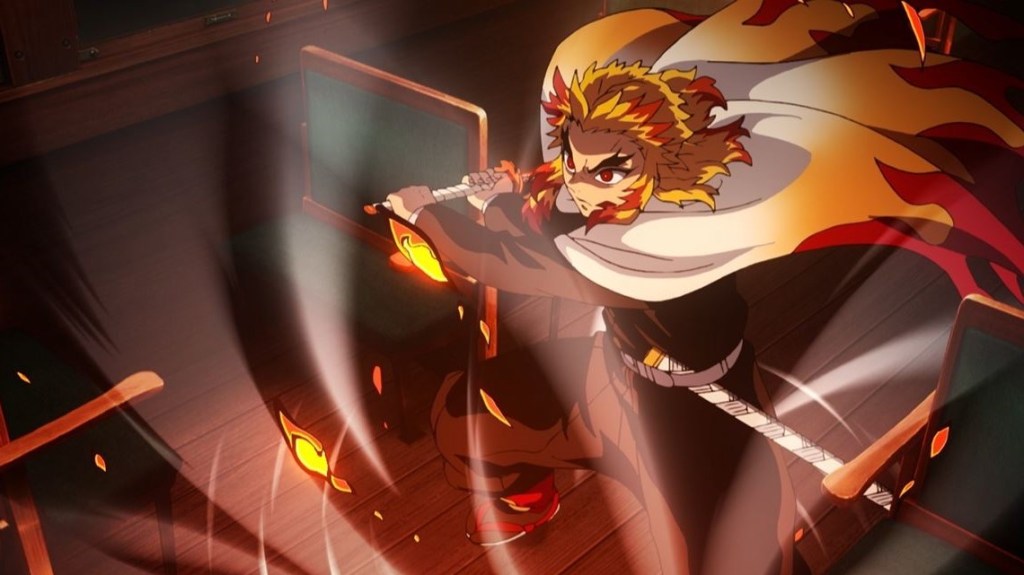 “Demon Slayer,” the megahit animation that has singlehandedly revived the limping Japanese box office, passed the $150 million mark on its 17th day of release, according to figures compiled by co-distributor Aniplex. Total admissions amount to 11.9 million.

Overall, for the Oct. 31-Nov. 1 weekend the film made $24 million on 1 million admissions. Cumulative gross revenues are $151 million.

Released in 403 theaters on Oct. 16 by Aniplex and Toho, the film passed the $100 million milestone only ten days after its opening, a new speed record for the local box office.

The 38 Imax theaters handling the film have also reported fantastic numbers, with $1.8 million in the third weekend, a drop of only 11%. This is the fourth highest-ever weekend box office for Imax venues in the Japanese market. Also, the “Demon Slayer” $8.9 million Imax cumulative is second only to the $13.4 million that current record-holder “Bohemian Rhapsody” took nearly four months to make.

Produced by Aniplex, Shueisha and Ufotable, the film has been boosted locally by its source material, a Gotoge Koyoharu comic about a boy who turns demon slayer after his family is killed and his sister kidnapped by demons. First appearing in February 2016, the comic currently has nearly 100 million copies circulating in paperback and digital formats.

It also inspired a TV anime that ran from April to September 2019 in Japan. Aniplex, which is wholly owned by Sony Music Entertainment Japan, has also been distributing the series on Netflix, Amazon and Hulu.

The film is set for a North American release in early 2021, with Aniplex of America and Funimation distributing.