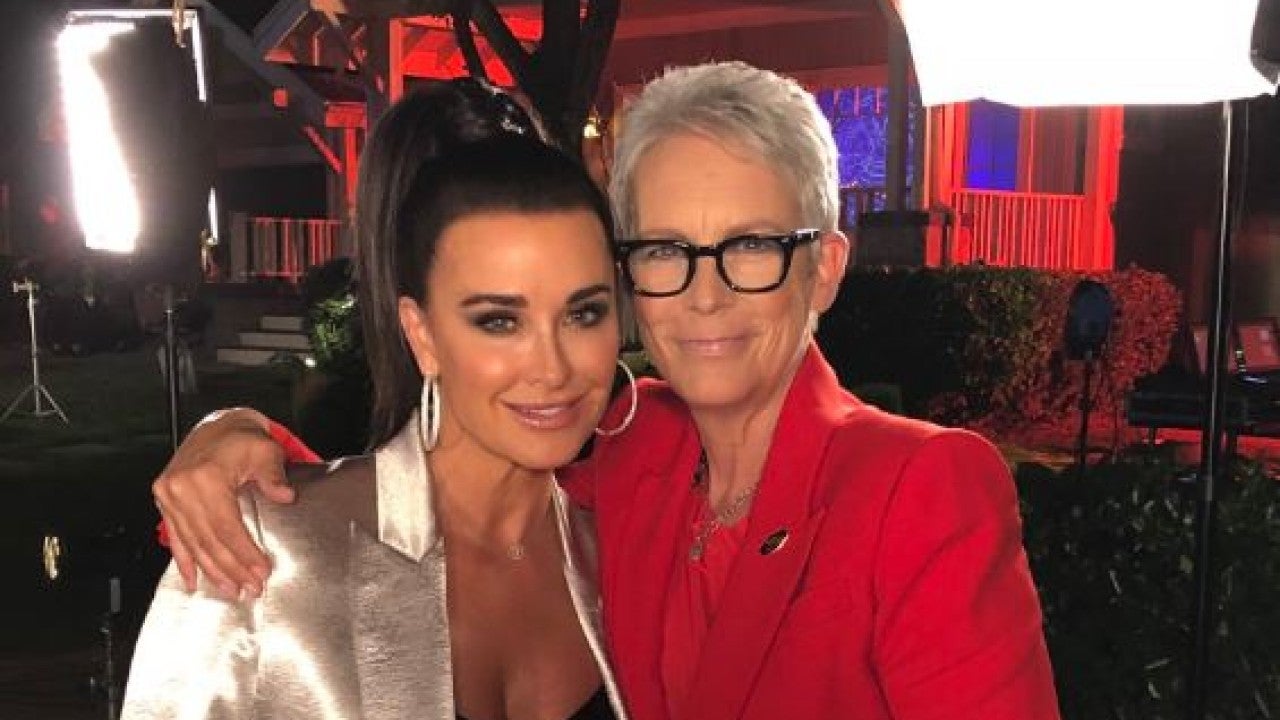 This is one  Halloween surprise we don’t have to be scared of!

Forty years after Jamie Lee Curtis starred in the iconic 1978 film, she’s back in Laurie Strode’s shoes for another battle with Michael Myers. The actress was just 19 years old when the movie came out, but she wasn’t the only kid on set. Kyle Richards — that’s right, theReal Housewives of Beverly Hills star — played Lindsey, the child Laurie babysits in the movie.

At the new Halloween’s junket on Friday night, Curtis was shocked to find Richards there ready to interview her for ET. The pair’s reunion will air on Monday’s show.

“I always have that memory of me, on the last day of shooting, of you carrying me all the way back to my dressing room. I’ve never forgotten that,” Richards told Curtis during the interview.

“I have beautiful memories of you,” Curtis replied. See their epic pic together below:

Luckily Michael Myers didn’t crash this @HalloweenMovie reunion🔪🎃 @KyleRichards had a killer time interviewing @jamieleecurtis about the new #HalloweenMovie. 👻 Don’t be scared, you can catch it on ET! pic.twitter.com/aTzpGrT4t2

During an interview with ET at San Diego Comic-Con in July, Curtis explained how we’ll find Laurie, 40 years after the first film.

“Laurie Strode has believed from the beginning that Michael Myers is coming back, and it has been her dogmatic belief that has really ruined her life,” she said. “All of her adult life, she has been on the hunt, saying this man is coming back. And she’s lost her marriages; she lost her child. She’s still in Haddonfield, waiting for him.”

Director David Gordon Green said this Halloween is a direct sequel to the 1978 film, but might allude to the other movies.

“Some familiar characters will journey to Haddonfield and enjoy our return to some cinematic destinies,” Gordon shared. However, the director stayed mum about whether the movie will finally see the death of Michael Myers. “We’ll see. We’ll see,” he teased.