Jalen Rose on his admiration for journalist Van Lathan 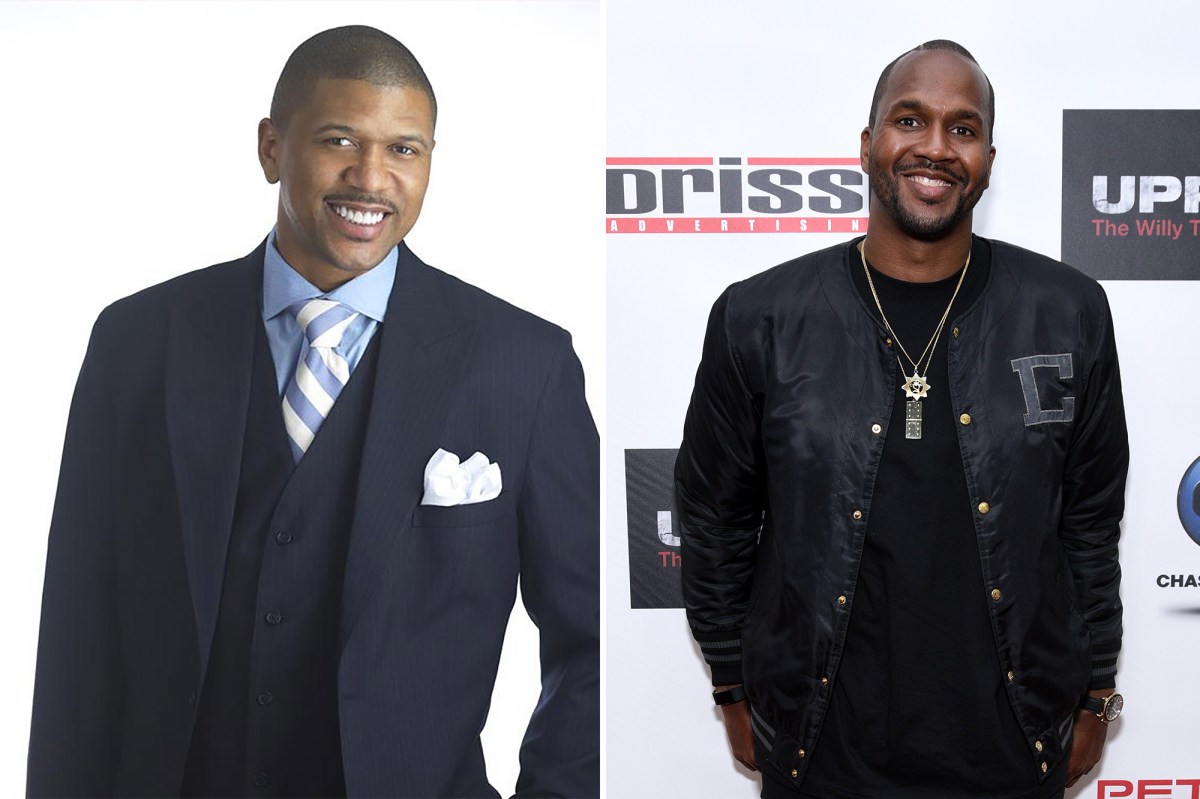 Waking up the morning after Election Day was totally anti-climactic since a candidate hasn’t officially been declared the victor. It’s just like watching a championship game. When the ref blows the whistle, whoever wins will celebrate while the other side will probably get a technical foul for their reaction when they don’t get the W. But that’s politics these days. This race has exposed just how divided we truly are as a nation.

Someone I am not divided on, is journalist, podcaster and my guest this week on “Renaissance Man,” Van Lathan. Since he appeared on TMZ, I had so much respect for him. He was one of very few black people in that newsroom, and I viewed him as a conduit for black culture, someone relaying a different perspective in a sea of people who didn’t look like him.

He reminds me very much of Charlamagne tha God on “The Breakfast Club,” who works for a corporation but still fearlessly expresses himself without compromising his integrity. I’m showing my age, but when I would see Lathan work the TMZ newsroom, I thought of Hoppy and Smitty, the cops on “Sanford and Son.” Hoppy, the white cop, would give all of the jargon and official language and Smitty, the black cop, would translate it all for Fred and Lamont. That is how I always saw Lathan, as the Smitty of TMZ.

And he told me that wasn’t always an easy line to toe.

But he was catapulted into a different stratosphere in 2018, when Kanye visited TMZ, and they had an explosive exchange that was as controversial as the site itself.

Normally when you have a high-profile guest like Kanye in the studio, you simply roll out the red carpet, rub his feet, give him his favorite fresh-pressed ginger, apple and turmeric juice and thank him for blessing you with his presence. But Lathan didn’t let Kanye’s star wattage blind him after Ye went on one of his rants saying “slavery was a choice.” Instead, he instinctively charged Kanye like he was Michael Strahan sacking Tom Brady in the 2007 Super Bowl.

“I wasn’t even thinking about Kanye anymore. I was thinking about myself,” Lathan told me about the exchange. “I can’t sit in a room with someone that powerful and somebody that has type of voice and then not say anything to that. Yo, you want to love Trump, that’s cool, that’s on you . . . But the people that got whipped with chains, dawg and jumped off of boats while they were coming over from Africa, the people who sacrifice and survived and did all that . . . If we don’t hold them sacred and holy, then who do we hold sacred and holy? But I am talking about my grandmom and them who got dogs and hoses. That legacy, we have to respect them . . . Whatever you have done is cool. You are a genius, you are a legend, you are my brother. I am personally drawing the line.”

They got into a shouting match, and it was like Kanye versus Taylor Swift all over again, where Ye turned his fan base against them. You don’t have to be a dyed-in-the-wool Swifty to see that comparison.

When that ended, I am sure Van felt like he took an L, and he probably went to bed that night with a lot of emails and texts trying to figure out how he’d weather that storm.

Lathan was let go from TMZ after a scuffle with a co-worker and eventually landed at sports site, the Ringer. Bill Simmons, who heads it up, is personal friend of mine, and we are always chatting about writers, creators and smart people in the business, so I was happy to learn Lathan was on his radar.

Now he’s doing two podcasts: one on the show, “The Wire” with my sister from another, Jemele Hill. It gives me a lot of pleasure to see them collaborate and have great chemistry. And he’s also teamed up with the former Bachelorette Rachel Lindsay for “Higher Learning” a podcast about current events, politics and pop culture.

Rachel is as whip smart as they come, but when I asked if his friends were hitting him up for her number, he diplomatically dodged the question, instead praising her intelligence.

Lathan is frank, authentic and knowledgeable. His integrity won out, and turns out, he’s quite the gentleman too.

Detroit native Jalen Rose is a member of the University of Michigan’s iconoclastic Fab Five, who shook up the college hoops world in the early ’90s. He played 13 seasons in the NBA, before transitioning into a media personality. Rose is currently an analyst for “NBA Countdown” and “Get Up,” and co-host of “Jalen & Jacoby.” He executive produced “The Fab Five” for ESPN’s “30 for 30” series, is the author of the best-selling book, “Got To Give the People What They Want,” a fashion tastemaker, and co-founded the Jalen Rose Leadership Academy, a public charter school in his hometown.