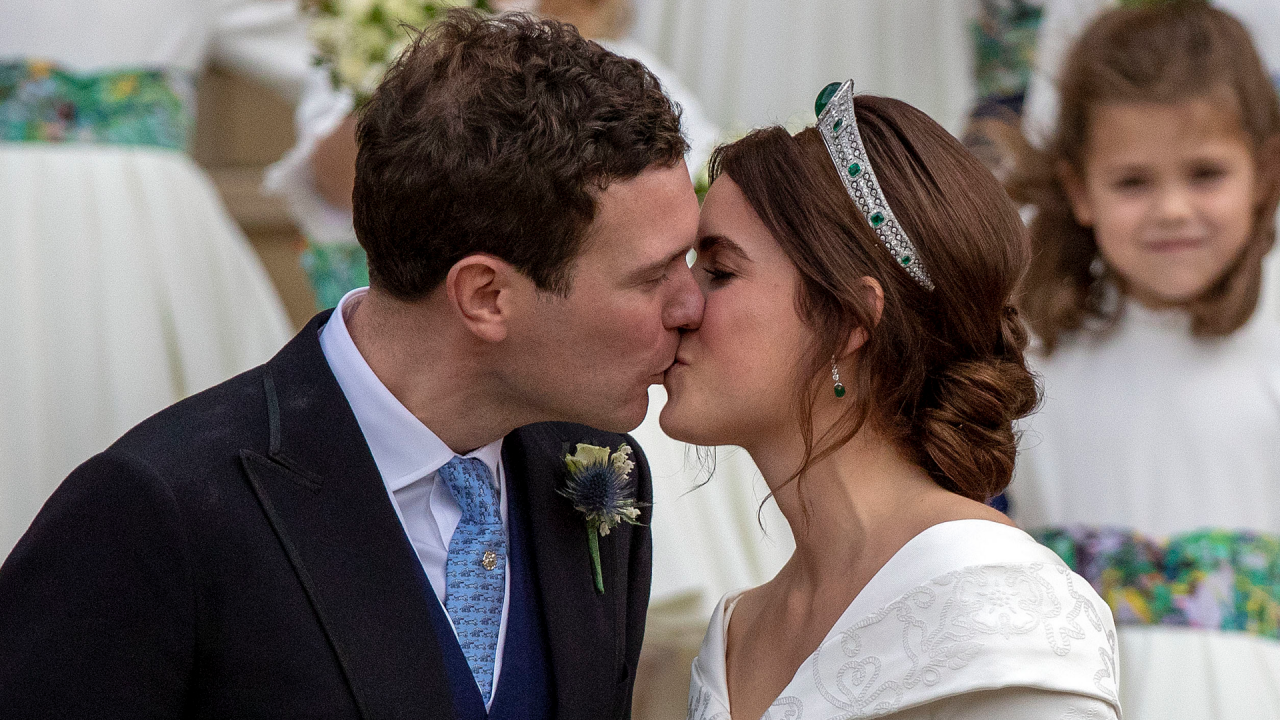 After saying “I do,” Princess Eugenie and her husband, Jack Brooksbank, celebrated in royal style.

The newlyweds, who tied the knot at St. George’s Chapel at Windsor Castle on Friday, were treated to a formal lunch reception by her grandmother, Queen Elizabeth II, after the ceremony. It was the evening reception, held at her father, Prince Andrew’s, residence at Windsor Great Park’s Royal Lodge, where the couple and their guests partied it up.

A fairground-themed party took place in a tent on the grounds of the estate, according to multiple reports, complete with pizza, Casamigos tequila (Jacks is a brand manager for the company, started by George Clooney and Rande Gerber), and a performance by Robbie Williams.

The singer, whose 6-year-old daughter, Theodora, was one of Eugenie’s bridesmaids, took the stage to perform his hit, “Angels,” as well as some other pop classics, People reports. The party, attended by guests like Prince William, Kate Middleton, Prince Harry and Meghan Markle, had a fall theme, with gorgeous red, orange and yellow floral presentations and LED lights.

See pics from Friday evening below:

The party continued on Saturday with a carnival-themed bash attended by loads of friends and family including pal Irene Forte, who revealed that a carousel was definitely on the grounds. Williams’ wife Ayda Fields also posted a fun photo of herself and her hubby comfortably dressed and ready to enjoy the festivities.

“Off to the fairgrounds,” she captioned a photo of herself in a stylish green jumpsuit while Williams sported a jacket featuring loads of colorful detailing.

Tamara Beckwith, a friend of Eugenie’s mother Sarah Ferguson, posted a sweet photo of her son enjoying a cupcake in a tent filled with lights, greenery and delicious snacks for attendees.

Get more details on the royal nuptials down below.