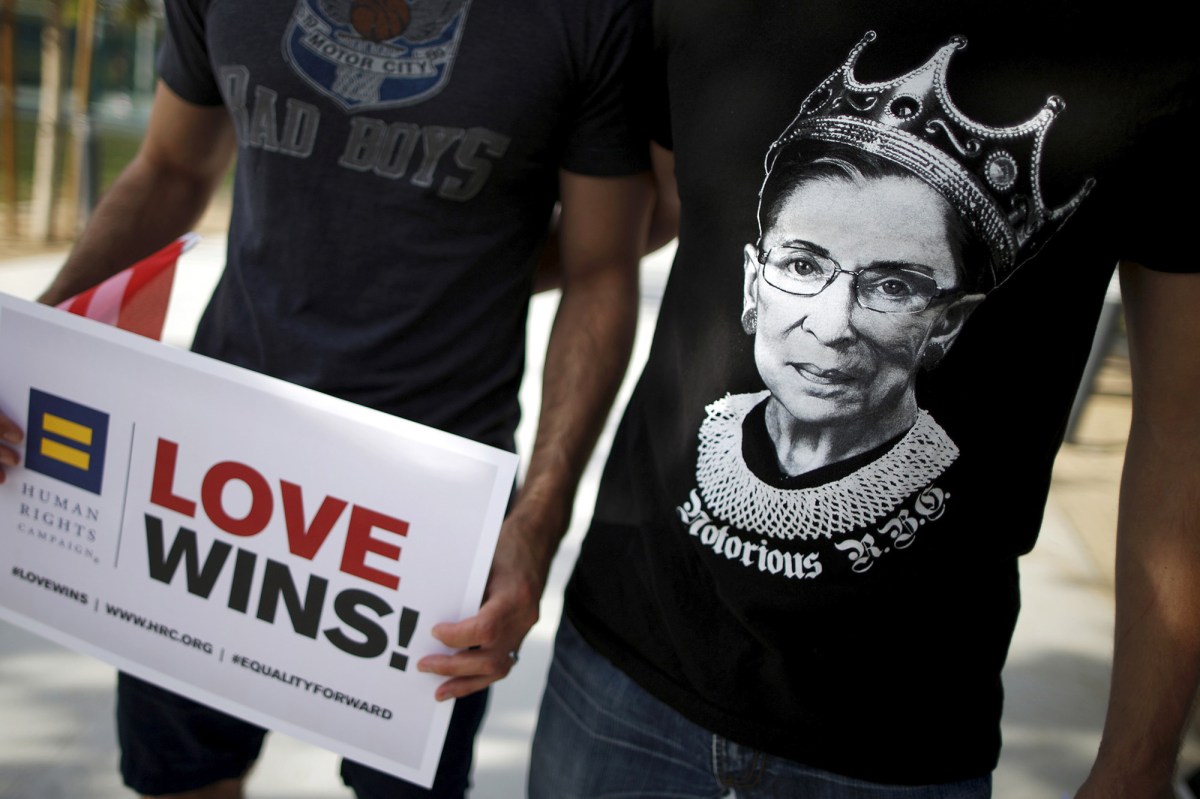 Justice Ruth Bader Ginsburg, who died Friday at 87 from metastatic pancreatic cancer, became a pop culture icon — thanks, in part, to her fiery dissents on the bench.

She admitted in 2016 to having “quite a large supply” of “Notorious R.B.G.” T-shirts, which she said she gave out as gifts.

That year, Kate McKinnon began portraying the Brooklyn-born jurist on “Saturday Night Live,” in what would soon become one of the most popular impressions on the show.

The outspoken octogenarian was the subject of the Oscar-nominated documentary “RBG,” which premiered at the Sundance Film Festival in 2018.

She also got the Hollywood treatment in the well-received 2018 biopic “On The Basis Of Sex,” starring Felicity Jones and Armie Hammer. The movie follows Ginsburg’s career and her trailblazing fight for equal rights.

She was even turned into a mini Lego figurine, shown in a brief segment in “The Lego Movie 2.”

Ginsburg addressed her notorious nickname in a 2014 Yahoo News interview with Katie Couric — calling the moniker “a wonderful thing.”

“I had to be told by my law clerks, ‘what’s this notorious?’” Ginsburg said, “and they explained that to me.”