Cinematographer Shabier Kirchner shot all five films in the “Small Axe” anthology, working alongside director Steve McQueen. “Lovers Rock,” now streaming on Amazon, is the second film in the anthology and focuses on reggae music sub-genre of the same name which was frequently heard at house parties among the Black community, who were barred from going to clubs. Instead, the youth and young adults found a safe haven in those parties and houses as they celebrated love and Black culture.

Kirchner had gone from “Mangrove,” the first film in the five-part “Small Axe” anthology to “Lovers Rock” and says, “Mangrove” was “heavy and difficult because we were dealing with how the system was treating Black people.”

Going to the Notting Hill Carnival helped infuse Kirchner with new energy, celebrating West Indian culture and attending the carnival helped him realize how he would frame the film. Kirchner talked to Variety about working on “Lovers Rock.”

How did going to the carnival help your camera movement?

There was so much joy, love and dancing. I went to a party after and it was dimly lit, and as the day went on there was this transitioning. There was this celebration of culture and Blackness that was happening. And the excitement started to slow down into love.

Our first conversations were about my experience. We decided very quickly that the camera needed to feel like a person at the party, but every type of person, not just one type of person.

We had conversations about the darkness and nighttime being a safe place? We also talked about wanting to make every single person at this party important, and how do we express that? We designed a few shots that would go from one room to another room, and from one person to another person.

We didn’t look at other work — only Olivier Assayas’ “Cold Water” which is a beautiful film. It felt like it had that similar fabric of youth culture. 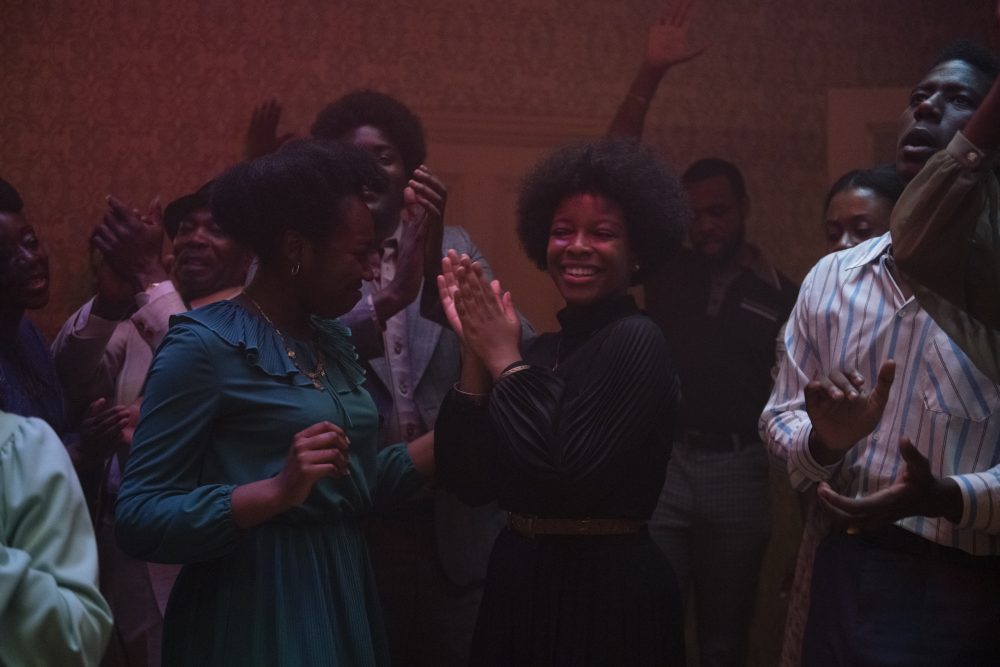 What were some ideas you had about color and capturing the food and the music?

We didn’t want it to feel nostalgic to that specific period at all. We wanted colors to represent the mood. On a personal level, I looked at “Khalik Allah” which had some amazing nighttime photography.

I love everything Robby Müller has ever done, so we talked about that because he’s such a master at using color. We talked about using lighting in an expressive way that’s not heavy-handed. And depending on the scene, the song or the mood, the color on the dance floor shifts throughout.

We had lilacs and pinks and then we’d move into a space that had cooler spikes. Towards the end, there was some hot red, something that was fire-like.

There was a warmth to the scenes, how did you capture that?

That was the most important thing. How do we make this a warm space? There was no algorithm for doing it. It felt like the right thing to do. It was less about what it looked like and more about how it felt.

How did the lighting evolve as the story evolves?

We knew that we had to light everything from above just because at any given moment, the camera could spin around onto something else. We set up a base level of light that was very soft. Within the light mats, we had Astera tubes that were wired out to the next room on an iPad, and I would move certain shifts and hues.

There’s a sequence where Martha is looking around for Franklin and during that sequence, the lighting is this cool green that comes into this warm body of lighting. I was trying to show in an expositional way, this threat that’s inside the community. 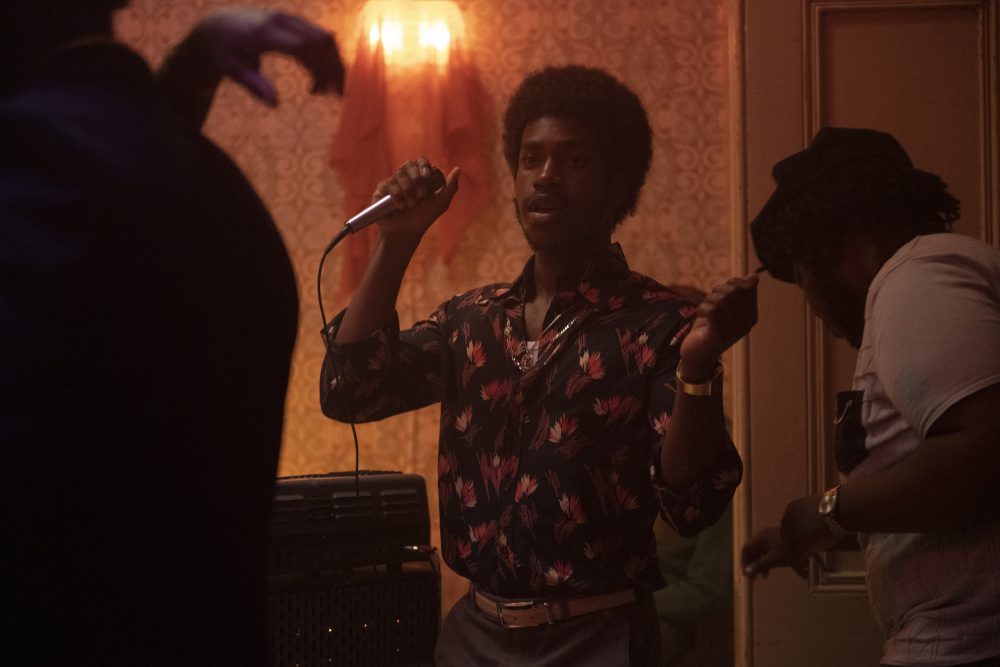